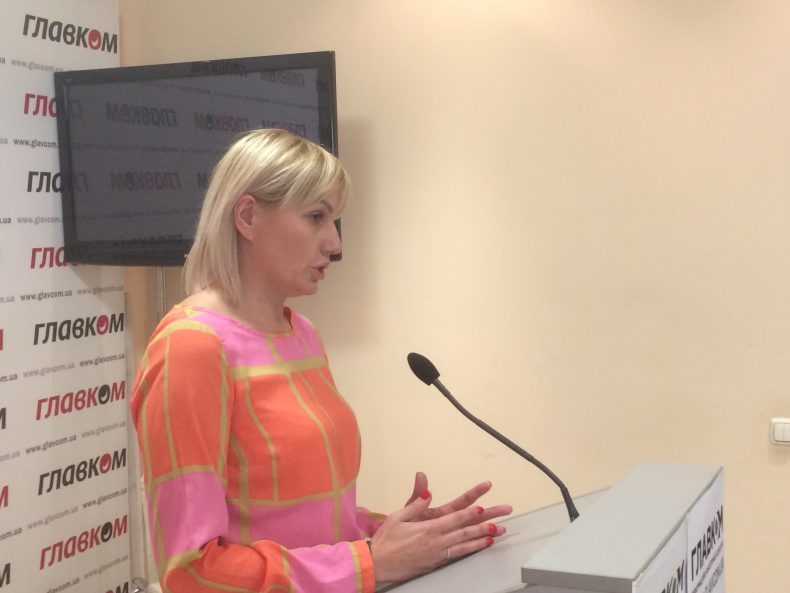 Valeria Rachynska: “We must finally stop the witch-hunting and decriminalize HIV-status”

On 18 October, 2019 in the premises of IA “Glavkom” UHHRU conducted the press-conference on the topic: “Why Ukraine must decriminalize HIV-status”. The main topics of the presentations included: raising awareness on actual HIV statistics in Ukraine, issues of overcoming stigma in relation to people living with HIV (PL HIV), and position of the lawyers regarding legal criminalization of HIV status (article 130 CC of Ukraine).

Oleksandr Pavlichenko, UHHRU Executive Director: “Despite the fact that recently we achieved significant success in treating HIV in Ukraine, obsolete legislative provisions are still in force – article 130 of the CC. This article treats all Ukrainian citizens with HIV+ status as potential criminals, envisages punishment of up to 3 years of imprisonment and gave base for dozens of court decisions each year. From the legal point of view of the European Convention on Human Rights the formulation incorporated in this article is vague, it cannot be considered as a law, and needs to be amended”.

Olena Stryzhak, Chairman of the Board of CO “Positive Women”: “Our organization for 5 years already advocates the amendments to the legislation and 3 years ago we submitted the package of amendments in which we insisted on decriminalization of HIV-status. All years of our work, both as service organization and as organization protecting human rights, prove that HIV stigma and criminalization lead to the situation where people are afraid of disclosing the status, which further hinders effective treatment and socialization of PL HIV”.

Valeriya Rachynska, Director of the Department for Work with the Regions, “All-Ukrainian Network of People Living with HIV/AIDS”: “First of all, I would like to mention that in addition to legislative problems there is one more problem – general indifference of mass media to highlighting the situation with HIV/AIDS. If that was not the case everybody would know that in July 2018 there was an official WHO Statement stressing that people having HIV status, who undergo antiretroviral therapy and have minimal viral load have practically no chances for HIV sexual transmission. The risk is equal to zero. In Ukraine, 92% of PL HIV, which take ART, have minimal viral load. It is the obsolete legislative provision that additionally stigmatize them and assaults their dignity. We must finally stop the witch-hunting and decriminalize HIV-status”.

Svitlana Moroz, Chairman of the Board of Eurasian Women’s Network on AIDS: “Our organization pays special attention to the problem of HIV-status criminalization. We are monitoring 12 countries in the region and have information of absolutely outrageous cases related to PL HIV criminalization. For example, when raped women is afraid to apply to court against the rapist, because she has positive status. Current legislation not only makes criminals out of HIV+ people, it shifts the blame for getting infected exclusively on PL HIV and creates wrong perception of the citizens’ protection. Following this logic, the state shall prohibit discordant couples and HIV+ women giving birth. Besides, Ukrainian criminal legislation contradicts the Law on AIDS where a lot is said about counteracting PL HIV stigmatization. Article 130 of the CC of Ukraine fosters stigma, hinders access to treatment, and in general does not takes into account scientific achievements in fighting HIV/AIDS during the recent 20 years”.

Justification of the legal position of CO “Positive Women” regarding immediate HIV status decriminalization can be found at the link.

Ukrainian Helsinki Human Rights Union implements the project the project “Development of the legal network for protection of the people living with HIV/AIDS, representatives of key PLHIV communities and persons ill with TB” with the financial support of the Charitable organization “All-Ukrainian Network of the People Living with HIV/AIDS” in the framework of implementation of the project “Releasing the Burden of TB and HIV infection through creation of the open access to timely and quality diagnostics and treatment of the TB and its resistant forms, expanding evidence based prevention, diagnostic and treatment of HIV infection, and creation of stable and sustainable health protection systems”, which is implemented with the financial support of the Global Fund to Fight AIDS, TB and Malaria.