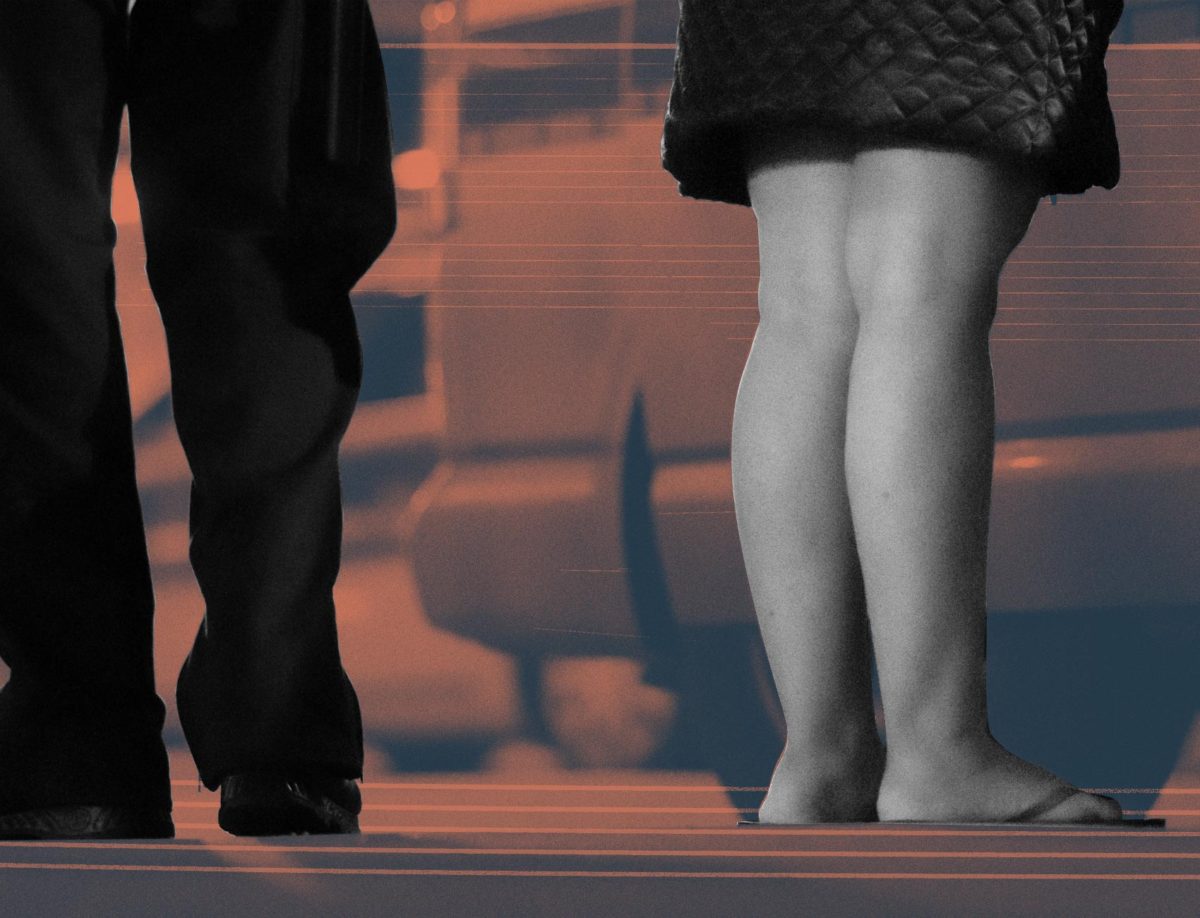 67% of people arrested under state laws that criminalize HIV exposure and transmission are sex workers. But new legislation meant to modernize these laws would retain harsh penalties against them.

Florida is one of 26 states that have criminal laws that apply only to people living with HIV. In Florida, having consensual sex, donating blood or organs, or engaging in sex work without disclosing one’s status is a third-degree felony, subject to up to five years in prison and up to a $5,000 fine. The current laws—first enacted during the panic surrounding the HIV epidemic in the late 1980s and expanded in the late 1990s—do not take into account whether protection was used or whether a person’s viral load is undetectable, meaning they aren’t able to transmit the disease.

This session, a bill was introduced to the Florida legislature to modernize these laws. House Bill 427/Senate Bill 626 would have reduced the charges for engaging in consensual sex without HIV status disclosure to a first-degree misdemeanor, currently the penalty for exposure to other sexually transmitted diseases. Under the bill, which was first introduced in 2016, a person would be charged with a first-degree misdemeanor only if the prosecutor could prove they intended to transmit the virus.

Proponents of the bill—an umbrella of LGBT rights organizations and HIV advocates called the Florida HIV Justice Coalition—say it will bring Florida in line with public health policy on the disease. But critics, among them health policy experts and sex worker rights organizations, say it doesn’t go far enough. The original legislation did not address the statutes that automatically enhance a prostitution charge, typically a second-degree misdemeanor, to a third-degree felony for sex workers living with HIV who don’t disclose their status.

Amir Sadeghi, the outreach coordinator for the Center for HIV Law and Policy, told The Appeal that this is a significant flaw because sex workers represent the majority of people arrested and convicted under current laws. Between the time the laws were passed in 1986 and 2017, 756 people have been arrested under Florida’s HIV- and STD-related criminal statutes, according to a study by the Williams Institute at the UCLA School of Law. The majority of those arrested—506 people—were charged with offenses related to sex work. Black women were almost twice as likely as white women to be convicted of an HIV-related offense.

“We have an opportunity to fully modernize and reduce penalties and make sure people can only be prosecuted if someone can prove intent,” Sadeghi said. “Unfortunately the bill in Florida, because it stops short of doing that, it also stops short of making a meaningful improvement in the lives of people living with HIV.”

This month, the bill died in the House. A version of the bill is now under consideration in the Senate, but it does not address the criminalization of transmission. The health policy committee, the first to hear the bill this session, would not put it on the agenda unless a co-sponsor, Senator Jason Pizzo, agreed to a strike-all amendment that would make it legal for people living with HIV to donate organs to other people living with HIV who have been informed of their status, Kamaria Laffrey, an organizer with the coalition, told The Appeal. “It’s frustrating,” Laffrey said, “but our goal is always to keep the conversation going,” adding that, “In other states, it’s taken five to nine years for progress.” The coalition plans to reintroduce the full bill next year with the hope it can bypass the Health Policy committee.

Florida has the third-highest rate of HIV in the country. Although few studies have been conducted on the rate of the disease among sex workers in the state, the community is known to be more vulnerable to infection. This is due to the barriers that violence, poor working conditions, and police harassment pose to sex workers trying to obtain health services. “Sex workers want to be healthy, they want to be able to access medication, they want to be able to access healthcare services,” said Alex Andrews, the co-founder of the Sex Workers Outreach Project (SWOP) Behind Bars who is based in Florida.

Public health advocates also say that criminalizing HIV exposure and transmission discourages people from getting tested, because you can only be charged if you know your status. This is a particular concern for sex workers, who have to balance potential violence from a client if they disclose their status with the likelihood of arrest if they don’t. “One of the phrases you hear in the community is ‘take the test and face arrest,’” said Jada Hicks, a staff attorney for the Center for HIV Law and Policy. “That highlights what the community thinks in terms of knowing your status and being criminalized for it.”

One arrest for prostitution also puts a sex worker at risk of being charged for transmission or exposure. Under Florida law, anyone convicted of a prostitution offense is automatically tested for HIV and other STDs, and the results are shared with prosecutors. “People who are being prosecuted by this law are from marginalized communities; they don’t have the money for the defense,” Andrews said. “They have to live with the serious impact this is going to have on them.”

While the Florida legislature considers reform of its HIV laws, prosecutors in the state say they nonetheless enforce current laws. The Appeal contacted the 20 state attorneys offices in Florida. Twelve offices responded by publication time. Ten said they prosecute HIV exposure and transmission. “If it’s on the books and we can prove it beyond a reasonable doubt, we’re charging someone,” said Estella Gray, the communications officer for the state attorney’s office in the 13th Judicial Circuit (Tampa). “The idea that we’re not gonna prosecute HIV crimes—that’s unheard of in this circuit.” Howard Rosen, an assistant state attorney in the 11th Circuit (Miami), responded by email that the office would consider prosecution on a “case by case basis” that is “factually driven, also taking into account the position of any victim.”

Brad Sears, a scholar at the Williams Institute, said he’s had conversations with prosecutors who say that one of the functions of these laws is to pressure people, especially sex workers, to take a plea deal. Typically, if a sex worker who is HIV-positive is arrested for soliciation, “which usually involves creating a conversation [with police] … there’s not much else that’s needed,” Sears said. “It’s very hard to mount a defense against that.” The higher penalty associated with HIV status then “becomes a lever to get you to plead to one or more of the crimes” you’re charged with, Sears added.

Other disparities are baked into the law as well. Sex workers who are HIV-positive can be charged with a felony simply for offering to commit a sex act without disclosing their status—meaning neither transmission nor sex occurred. But a person who procures another for prostitution—a client—must be proven to have “engaged in a sexual activity in a manner likely to transmit” HIV under Florida law, a much higher standard.

Maintaining punitive penalties for sex workers who don’t disclose their status to sexual partners while lowering them for everyone else living with HIV, will further marginalize the community, Sadeghi said. “It will really reinforce the stigma with respect to sex workers as posing a unique danger to society … regarding sex workers as vectors for disease and not as people with dignity.”

In recent years, other states amended their HIV criminalization laws. In 2017, California reformed its laws so that penalties could only be imposed if a person acted with intent to harm another by transmitting the disease. The bill also eliminated the felony enhancement provision for sex workers living with HIV.

In Florida, members of the HIV Justice Coalition told The Appeal it wasn’t possible to include sex workers in the bill if they wanted it passed by the conservative legislature. “We were told from various spaces that trying to add in a provision to protect sex workers was nonnegotiable, it was a nonstarter,” said Laffrey, an organizer for the coalition. “The bill absolutely would not be heard if it included them.” The bill was sponsored in the House by Nicholas Duran, a representative from Miami, and in the Senate by Pizzo, a former assistant state attorney for the Miami-Dade state attorney’s office.

But Andrews of SWOP Behind Bars and other advocates say the bill won’t make much progress in without the sex worker community. “It’s disheartening to see people patting themselves on the back about a law that most impacts sex workers and gives them no relief,” Andrews said.

Florida sex workers say that given the political realities of the state, the most significant progress in addressing the criminalization of HIV happens in communities, not the legislature. SWOP Behind Bars conducts free HIV and hepatitis C tests, distributes condoms, clean syrigines and pre-exposure prophylaxis to sex workers and homeless people in conjunction with local health and LGBT organizations such as the Center Orlando, Comprehensive Health Center, Miracle of Love, Ladies Intervention Project for Success, and the Orlando and Tampa Bay chapters of SWOP. Andrews estimates that they conduct three to 30 HIV tests a week. “In the year we’ve been doing it, we’ve had not one new case of HIV present itself in outreach,” she said.