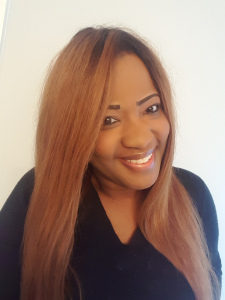 My name is Monique Howell-Moree. As a survivor of HIV criminalization myself, I believe laws criminalizing HIV definitely need to be changed. I would have had to serve 8 to 12 years if I had been convicted, because my state, like most states, does not take into consideration current science of the risk transmission. Nobody wants to take the time to educate themselves and update themselves on what we now know about transmission risks– especially when someone is in care and taking care of themselves–and the result is unjust laws and prosecutions. Transmission rates when in care are so low compared to how things were in the ’80s and early ’90s, yet laws have not kept up with medical advances.

A lot of these laws are very outdated, and stigma is what is still keeping these laws alive. I believe that most states still live in fear of the unknown. They still have stigma circulating around their communities, and they refuse to bring about CHANGE. Ignorance and lack of knowledge are still prevalent in many states.

When I was on trial myself, not one person in the room knew much about HIV. If I was convicted I could have possibly lost my children, home, and would even have been labeled a sex offender. That’s not even fair, when so many other crimes are so much worse than this. HIV is not a death sentence, but people in many states still believe it is. If someone is intentionally trying to put their partner at risk, then yes, we do need to make sure there is a remedy, because of course we are trying to stop the spread of HIV. But if someone just is afraid, not educated and doesn’t have the support they need when disclosing their status, that’s when our local  ASOs and HIV organizations need to come together and show them how to say the right words and do the right thing when disclosing. Women are sometimes even in a violent relationship and fear the repercussions of disclosure, or are afraid to say the words that they need to say due to embarrassment or guilt.

These outdated laws also cause people to actually be afraid, because the laws are worded as if we are the worst people on this earth. People fear of losing their jobs, homes, children etc. These laws makes no sense, and the punishment definitely doesn’t fit the “crime.”

Many factors can play into why a individual discloses or does not disclose. If we can raise more awareness about HIV everywhere, even in the workforce, then maybe, just maybe, people’s views will evolve. Sharing our testimonials and allowing policymakers and the public to hear our hearts will also help. We must take responsibility for ourselves and also stand for what we believe is fair and right.

When I was charged, I had none of this type of support. Serving my country at the time in the Army, I only signed a form in tiny, tiny fine print saying to make sure I tell my status if I should engage in any sexual act, and that was it. Still afraid and fearing rejection, I didn’t know the best way to disclose, and didn’t even think I would get into another relationship after my diagnosis. Had I had the support and knowledge that I have now back then, I would have most definitely have done things differently. I wouldn’t have been ashamed of who I was, and I would have been honest and disclosed my status when involved in a sexual act.

Changing these laws will have a major impact on many HIV survivors. We shouldn’t have to live in fear of being who we are. Intentionally trying to cause harm is different from just needing support and help on how to disclose the proper way when necessary. We fear rejection, but the laws make disclosure even harder, because we so fear the punishment that we just keep things bottled up inside as a safe place. Disclosing can be tough. I’m a living witness to that; but we can help many if we continue to raise awareness on HIV criminalization. Many are behind bars for cases where no transmission had taken place, but HIV stigma makes the system want to lock us up, rather than educating policymakers and the public.

My sisters and brothers that are living with HIV: We must have each other’s backs and support one another, because the laws are definitely set up to pit us against a society that has not a clue that we are still human beings and deserve to be treated fairly and not as if we still live in the 1980s. So much has improved since then, and it’s time that we all take a stand to help get these laws changed!!!