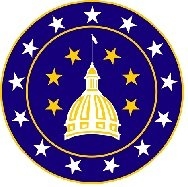 A trio of Republican Indiana House bills will be heard before the Courts and Criminal Code Committee on Monday, including two pieces of legislation focused on sentencing.

One of the bill regarding sentencing is House Bill 1032.

Authored by Rep. Sean Eberhart, R-Shelbyville, HB 1032 would remove sentencing enhancements for battery and malicious mischief that relate to the human immunodeficient virus, or HIV.  The bill would also repeal offenses concerning the donation, sale or transfer of blood or semen that contains HIV.

In the bill’s fiscal note, LSA states that any reduction in the Department of Correction’s population due to the bill would be minor and that it found no convictions or sentences since 2014 for felonies involving the transmission of HIV.