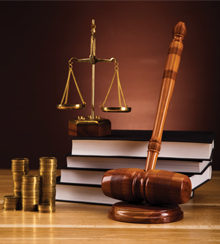 It has been two years since the state’s highest court held legal arguments about the validity of a 1986 statute requiring HIV-positive people to reveal their infection before having “sexual intercourse.”

The case involves a man charged with a felony after failing to tell his male sex partner that he carries the human immunodeficiency virus. There’s the rub.

The legal issue before the court is . Really. That’s because of the way the law was written a hundred years ago, and now courts in different parts of Florida have disagreed on its application.

“In the history of Florida law the specific term, sexual intercourse has always been interpreted only to mean reproductive sexual conduct,” Gary De Baun’s lawyer argued.

Therefore, he claimed his client’s conviction should thus be reversed; that he did not violate the law as written, because it only applies to sexual conduct between a man and a woman.

Florida courts have disagreed, and the legal issue is before the Supreme Court for resolution. But it has been for a long while. It was argued on Feb. 4, 2015, and the court has still not ruled. Meanwhile, until the highest court of this case decides this case, prosecutors in multiple counties are reaching conflicting decisions.

The record in this case shows that Debaun’s partner asked him to take an HIV test, and that Debaun, who knew that he was infected, gave his partner fake test results, showing he was free of the virus that causes AIDS. A lower court threw out the charge, but it was reinstated on appeal. So until the court decides, Debaun lives in limbo.

Debaun’s lawyers are saying that since the legislature has failed to define intercourse as anything but sex between a man and a woman, the disclosure requirement cannot be applied to same-sex couples. If the court agrees, the case would be dismissed- if the court ever rules.

At the time, Justice Pariente criticized the legislature for its inaction, remarking “this issue could be solved easily by them.”

An experienced court watcher in Tallahassee told SFGN that cases “generally don’t take this long to decide. One of the moving parties should prod the court for a ruling.”

It’s ironic the delay has taken so long, because on April 7, 2014, the Florida Supreme Court designated this as a “high profile case of significant public and media interest.”

Well, apparently not that significant. We will see soon.