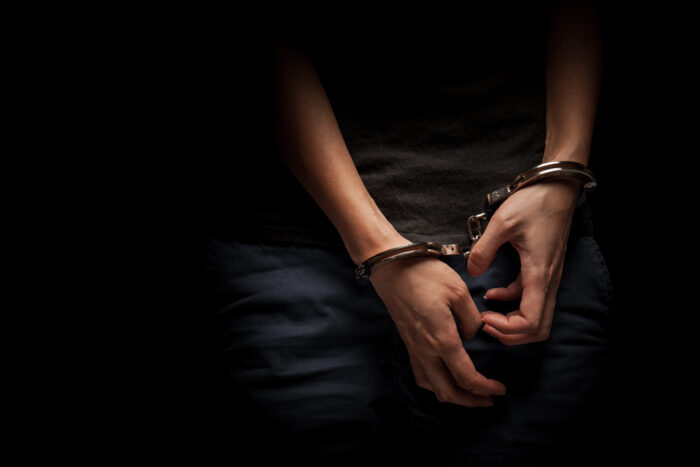 Doctors and other advocates said multiple provisions in Indiana code regarding HIV are outdated and discriminatory.

The Republican-led summer study committee also weighed additional funding and other resources for the state’s psychiatric hospitals and community care centers that serve incarcerated individuals who have mental health or behavioral concerns.

Recommendations from the committee could result in proposed legislation during the next session in January.

Doctors and other advocates who spoke before the committee maintained that multiple provisions in Indiana code regarding HIV are outdated. They said the laws do little to prevent transmission and instead promote stigma and discrimination.

That includes current provisions that:

Indiana is one of 20 states that have not modernized or repealed HIV criminal laws since they were enacted in the 1990s — during the peak of the HIV/AIDS epidemic.

“I’m deeply concerned that Indiana’s HIV criminal laws don’t reflect current scientific knowledge about this condition,” said Dr. Bree Weaver, an HIV specialist with the Indiana University School of Medicine. “These laws were written decades ago, during a time of limited medical understanding and tremendous fear of HIV and the people living with it.”

Weaver emphasized that scientific developments in the last 20 years have “substantially changed the realities” of living with HIV, noting that new science has also expanded researchers’ understanding about how the disease is — and is not — transmitted. It’s commonly — but incorrectly — assumed that spitting and biting are two forms of reasonable transmission, she said.

Dr. Carrie Foote, director of Indiana’s HIV Modernization Movement, said the group has in recent years worked with legislators to update the Indiana code “with more person-centered language, to improve how we talk about HIV.”

Past attempts at carrying such a bill in the Indiana General Assembly have failed, however — including in the most recent 2022 session.

Rep. John Young, R-Franklin, said during the meeting on Tuesday that while he believes the law should be modernized, he thinks the sentencing enhancement should remain in effect.

“No one should be forced to disclose, but I don’t see a problem with somebody being stigmatized because they committed a crime,” Young said. He specifically referenced law enforcement officers who could be spit on by aggressive individuals who mean to “intentionally” spread HIV during arrests, for example.

Foote, who has lived with HIV for 34 years, disagreed with that sentiment.

“Despite people living extremely well, doing what everybody else does in life — working, having families, and that sort of thing — we continue to face stigma in many areas of our life, and possible criminalization under Indiana law, due to our HIV status,” she said.

Newly diagnosed HIV cases in Indiana have stayed fairly stable in recent years, although there has been a slight uptick in 2022, said Jeremy Turner, director of the HIV, STD, and Viral Hepatitis Division at the Indiana Department of Health (IDOH). Still, AIDS cases continue to decline.

Sexual intercourse remains the number one route for HIV transmission in Indiana, even despite an increase of injections spurred by the opioid epidemic, Turner continued.

To help keep case numbers down, the state health department funds multiple initiatives to help Hoosiers prevent, diagnose and treat HIV and Hepatitis. The federal government has also made it easier for high-risk populations to access PrEP, a medicine taken to prevent getting HIV.

Foote recommended that lawmakers amend the criminal law to be based on the criminal intent to infect and transmit HIV. She added that a criminal law should only include punitive measures that are proportionate to the harm. The law also should not be specific to HIV, and must exclude diseases that are airborne or casually transmitted.

“If the HIV epidemic started today, and was a chronic, manageable condition with multiple methods of prevention available like we have today, we would not be enacting these laws,” Foote said. “We know this because we are protecting the public’s health without the use of the criminal laws for recent serious communicable disease challenges in our state such as Syphilis, COVID-19, and now monkeypox.”

Separately, members of the study summer committee discussed a new model for certified community behavioral health clinics that would better ensure patients and offenders from Indiana psychiatric hospitals and the Indiana Department of Correction are connected with appropriate care upon their release.

Community leaders and advocates said their intention is to cut down the number of people returning to jail after they’ve received mental health and addiction recovery services.

People who were taken to jail and identified as having mental health needs are 1.5 times more likely than anyone else to be rearrested within six months, said Bernice Corley with the Indiana Public Defender Council.

She pointed to a new pilot program in Marion County, where a “holistic model” will be tested next year to help keep services available to incarcerated individuals during and after conviction. The goal is to help reduce recidivism and decrease the number of cases in Indiana’s criminal justice system.

“What we’re proposing here is looking at public defense, not in the representation once the client is guilty, but moving that mark of representation and wraparound services to that person post-conviction, as well as when they’re transitioning back into the community, and helping stabilize them,” Corley said, adding that the model could be considered on a larger, statewide level.

At least 83 of those people are ready to be discharged now but can’t be released yet, largely because of issues finding appropriate housing placements. He said that costs the state roughly $1,200-$1,500 per day for each person to be housed in a state hospital.

“Housing and transportation remain huge barriers to care,” Chaudhary said. “It’s hard to treat somebody with a mental illness if they don’t have stable housing, or if they can’t get the treatment.”

Representing Indiana’s 24 community mental health centers — which provide an array of behavioral health and addiction services — George Hurd said run-down group-living sites, a statewide shortage of 5,000 to 7,00 therapists, and difficulties that come with serving an aging population of Hoosiers in need of services prevents those in the system from accessing the best care possible.

“We’ve done an excellent job reducing the number of persons in state operated-facilities,” Hurd said, noting that Indiana psychiatric hospitals housed some 50,000 at their peak. “The system has reached a point where more stable and consistent funding is needed to meet the current community safety net, and to advance it.”