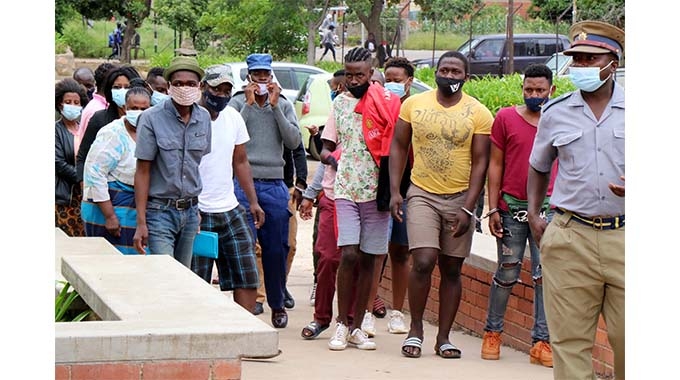 Members of the public who violate lockdown regulations now risk paying a spot fine of $5 000 while those found guilty of deliberately transmitting HIV can pay up to $1,6 million.

Fines have been reviewed upwards with immediate effect.

The new fine schedule is contained in Statutory Instrument (SI) 25 of 2021 issued on Monday by the Ministry of Justice, Legal and Parliamentary Affairs.

Level 14 offences, the highest level of offences, now attract a fine of $1,6 million up from $800 000 and include crimes such as concealing treason, deliberately transmitting HIV, robbery which is not committed in aggravating circumstances.

“It is hereby notified that the minister has, in terms of section 280 of the Criminal Law (Codification and Reform) Act Chapter 9:23 made the following notice.

This notice may be cited as the Criminal Law (Codification and Reform) (Standard Scale of Fines) Notice 2021,” the SI read.

“Yes, those are the new fine like level 14 which is the highest. But the rightful person to comment on this is the Chief Magistrate Mr Munamato Mutevedzi who deals with these offences every day,” she said.

Mr Mutevedzi could not be reached immediately.

Prominent Gweru Lawyer Mr Esau Mandipa said the new fines were justified in the light of the surge in armed robbery cases among others.
He said at the same time, there was need to punish Covid-19 lockdown offenders to stop the spread of the virus.
“What this means is that both offences minor and serious in terms of the code now attract heavier penalties in forms of fines. My advice to fellow citizens is to comply with the law.

“Crimes like armed robbery lead to unnecessary loss of life and Covid-19 is causing the death of many people.

“So it is just common cause that we behave and follow the laid down rules and regulations that are aimed at protecting us,” said Mr Mandipa.