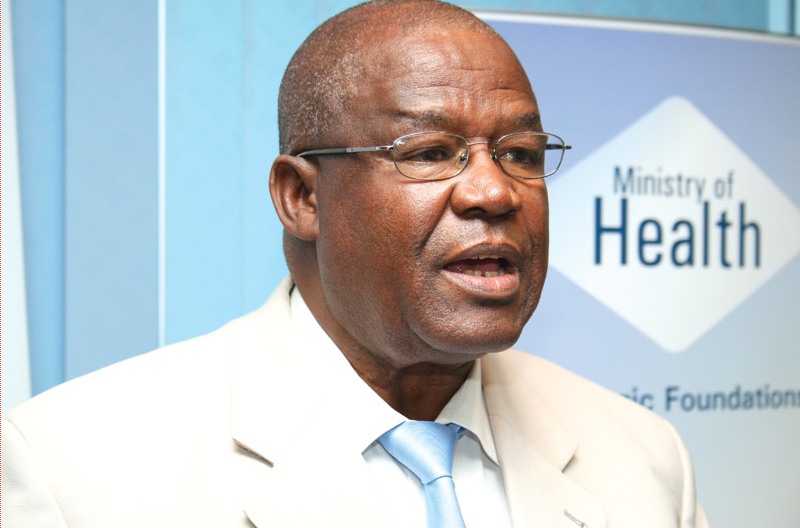 Very disappointing news from Botswana. The Public Health Bill – including all of its draconian provisions on HIV – has been approved by Parliament.

BONELA issued this press release last week just prior to the vote.

MEMBERS OF PARLIAMENT (MPs) ARE THE ONLY ONES WHO CAN SAVE US FROM THE PROPOSED PUBLIC HEALTH BILL…..IT IS IN THEIR HANDS

We knew that the Public Health Bill will be back in Parliament for further debate. However, we had anticipated that the Ministry of Health would heed calls made by stakeholders such as BONELA, UNAIDS, WHO, SALC, AIDS Alliance, ARASA, Ditshwanelo and other concerned Batswana and make amendments to the bill, particularly on the controversial, offensive and invasive provisions.

To our utter shock, the Ministry of Health intends to make no changes to the bill at all; even with the benefit of information on best practices availed to them. This to us; is a clear case of indifference and a deliberate plan to violate people’s rights.

BONELA and its stakeholders have done all that is possible to raise awareness, especially to the general public who would be affected by this law. It is now up to MPs to propose and vote on the amendments.

If MPs fail or decide not to discharge that constitutional mandate, as concerned stakeholders, we would know that our MPs are happy to see people’s rights being violated-that they are happy to see Batswana being tested for HIV without their consent, happy to give doctors sole mandates on deciding when and what to do with patients without consultations.

We would also know that MPs by failing to do their duty are happy to see litigants in court pleading not to be tested for HIV because their government want them to. Moreover, we would know that our MPs are happy to place responsibilities of sexual matters ONLY on those who are HIV positive by agreeing with forceful disclosure to all potential sexual partners by people living with HIV even if they are using protection.

Lastly, our MPs will be happy to see that whoever seeks dental services is required to do an HIV test before such services are meted.

It is therefore, in the hands of MPs to exercise their power to propose and vote for a sound Public Health bill. It is in your hands……

According to this APA piece, published on Wednesday, the Bill was approved by parliament. BONELA is now waiting for Botswana President, Ian Khama, to sign the Bill into law before it can approach the High Court to challenge the offending clauses as unconstitutional.

Botswana’s Health Minister, Dr John Seakgosing on Tuesday said the Public Health Bill, which seeks among other things, to isolate people who infect others with sexually-transmitted diseases such as HIV/AIDS, while knowing their status, will apply to Members of Parliament, cabinet ministers and even the president.

He explained to APA in an interview that the Bill that was passed last week, will not apply only to ordinary citizens.

According to Seakgosing, if the president, ministers and legislators are found to be infecting others carelessly, they will be brought before the courts where the magistrate will take a decision to isolate them from the public.

But some HIV/AIDS activists are up in arms saying the Bill will reverse the gains achieved in fighting the HIV scourge as it encourages discrimination.

AIDS advocacy group Botswana Network on Ethics Law and HIV/AIDS (BONELA) says it intends to take the government to court over the Public Health Bill that has been approved by parliament.

BONELA director, Uyapo Ndadi, said in an interview that his organisation is only waiting for President Ian Khama to sign the Bill into law before it can approach the high court to challenge certain clauses in it as they are unconstitutional.

The Public Health Hill has been shelved until next February thanks to the advocacy against the “outrageous” HIV-related provisions (see below) spearheaded by the Botswana Network on Ethics, Law and HIV/AIDS (BONELA). That’s the good news this morning, according to Uyapo Ndadi, BONELA’s Executive Director:

I am happy to inform you that the outrageous Public Health Bill has been shelved, at least until next year February when parliament resumes business. Our collective advocacy has helped to thwart cabinet’s plans to have the bill passed into law during this sitting.

I am happy to further inform you that UNAIDS has also written to our government to remove the draconian provisions from the bill.

It is now hoped that in the intervening months, BONELA and other human rights advocates will add to the pressure created by UNAIDS to make the Government see that in order to save face internationally, they must either substantially rewrite the Bill or drop it completely.

A report in BOPA daily news highlights the debate yesterday

The Member of Parliament for Lobatse, Mr Nehemiah Modubule says he does not support the Public Health Bill in its current state. Debating the bill in parliament on Thursday, Mr Modubule said it should first be put into perspective, as some of the clauses are contradictory. He argued that they would have a hard time trying to amend such clauses if the bill passes to the committee stage. He noted that consultations with some stakeholders such as Botswana Network on Law and AIDS (BONELA) were not done. Furthermore, he said, the minister of health should have done justice to the bill by deferring it for further consultations, as some clauses touch on customs and practices of Batswana.

In his contribution, the MP for Moshupa, Mr Mokgweetsi Masisi supported the bill, arguing that prevention and control of diseases is not peculiar to Botswana, more so that new communicable diseases continue to emerge. Mr Masisi said the bill conforms to international practices in terms of public health, adding that consultations had been done and they should not delay the bill.

On Friday, Botswana’s Parliament debated the proposed Public Health Bill which contains some shocking and regressive HIV-related provisions that, according to a strongly-worded press release from the Botswana Network on Ethics, Law and HIV/AIDS (BONELA) “have no place in a democratic and modern day Botswana..that are counter-productive, discriminatory, unconstitutional and barbaric.”

Some of the most problematic provisions as highlighted by BONELA, are below.

Clause 104 (3) b – empowering medical practitioners to force their patients to undergo HIV tests without their consent.

The Director, or any person authorised by him or her, may, where necessary and reasonable require a person or a category of persons to undergo an HIV test.

Clause 105 (2) b – empowering doctors to test patients without their knowledge.

Clause 109 (3) – allowing surgeons or dentists to test a patient for HIV before deciding on whether to carry out a non-urgent procedure.

Clause 116 (1) – mandating HIV disclosure to all potential sexual partners or care giver and allowing prosecution for placing another at risk.

A person who is aware of being infected with HIV or is carrying and is aware of carrying HIV antibodies shall — (a) take all reasonable measures and precautions to prevent the transmission of HIV to others; (b) inform, in advance, any sexual contact or care giver or person with whom sharp instruments are shared, of that fact; and (c) not place another person at risk of becoming infected with HIV.

Clause 116 (7)  empowering doctors to disclose their patient’s HIV status to their sexual partner without their consent.

Clause 116 (9-12) –  limiting the right to freedom of movement for people with HIV without sufficient legal checks and balances.

(9) The Director or any officer representing the Director may, in writing, apply to a magistrate for an order where the Director reasonably believes that a person infected with HIV — (a) is not complying with this Part; b) knowingly or recklessly places another person at risk of becoming infected with HIV without the knowledge of that person of the infected person’s HIV status; or (c) is likely to continue the behaviour referred to in paragraph (b).  (10) For the purpose of subsection (9), a magistrate may make any or all of the following orders — (a) an order that the person infected with HIV undergo such medical and psychological assessment as the Minister determines; (b) an order imposing restrictions on the person for a period not exceeding 28 days; or (c) an order requiring that the person be isolated and detained by a person, at a place and in the manner specified in the order for a period not exceeding 28 days. (11) In making an order in respect of a person under subsection (10), a magistrate shall take into account the following matters — (a) whether, arid by what method, the person transmitted HIV; (b) the seriousness of the risk of the person infecting other persons; (c) the past behaviour and likely future behaviour of the person; and (d) any other matter the magistrate considers relevant. (12) The Director may, in writing, apply to a magistrate to renew an order made under subsection (10) for a further period or periods not exceeding 28 days.

According to BONELA, the Bill appeared from out of the blue without any public consultation.

We are concerned by government attitude and tendency of introducing Bills in Parliament and debating them before engaging all stakeholders, including the civil society and Batswana as a whole. We know that the Botswana Health Professions Council is not aware of this Bill for they have not been consulted on it. As custodians of health we expect them to be intimately involved as this Bill is going to affect the way they work. This bill is significant in the lives of all of us and we therefore call upon [Minister of Health] Reverend Dr. John G.N. Seakgosing [contactable via phone on +267313632521] to withdraw it and if he refuses to, we urge MPs to reject it.

Although the Bill was discussed last Friday – and a copy of the Bill obtained only then – Parliament adjourned before voting, but will continue this week.  Action, therefore, is urgently required.