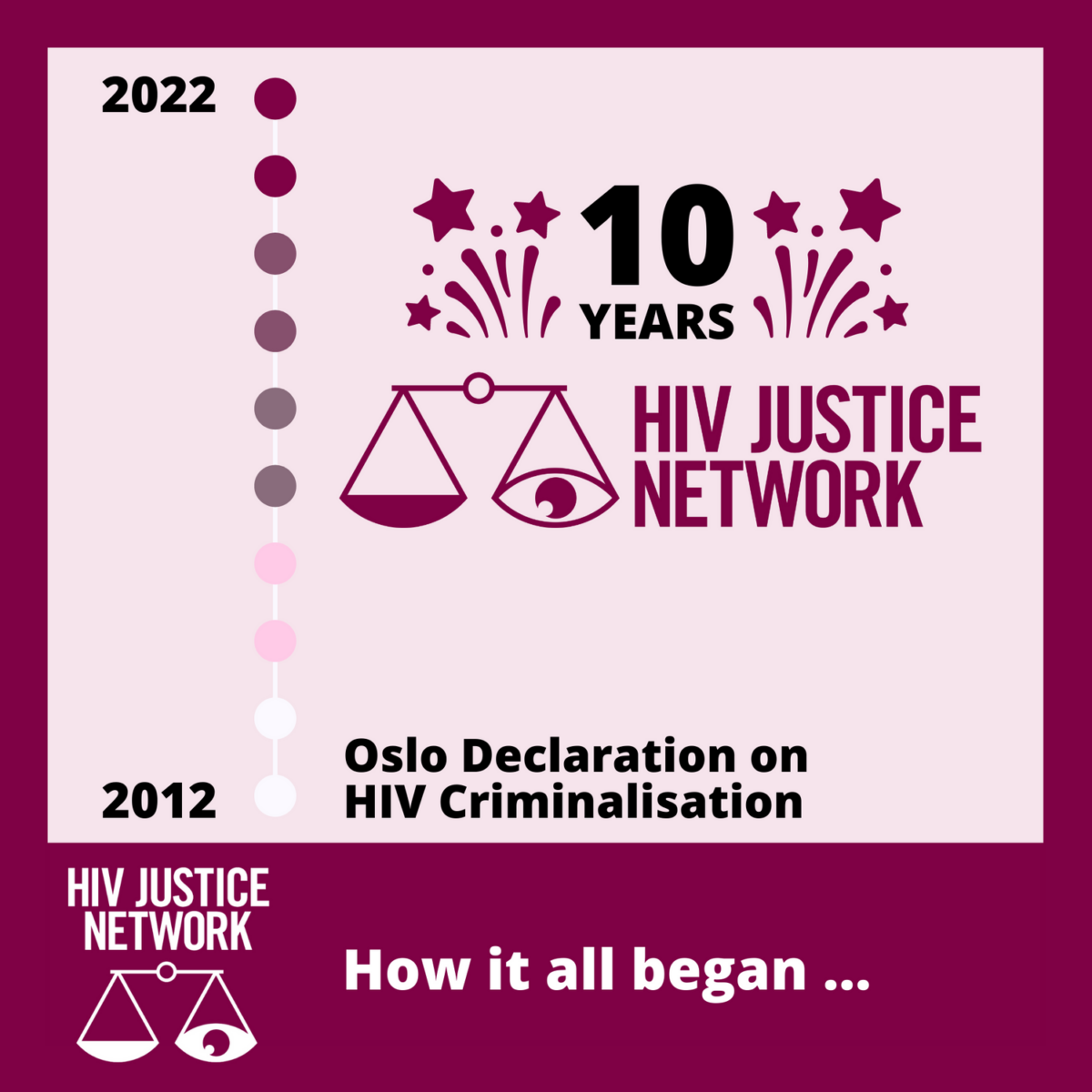 Our founding document, the Oslo Declaration, was created 10 years ago this week

On February 13, 2012, a group of individuals from civil society around the world, concerned about the inappropriate and overly broad use of the criminal law to regulate and punish people living with HIV for behaviour that in any other circumstance would be considered lawful, came together in Oslo to create the Oslo Declaration on HIV Criminalisation.

The Oslo Declaration, published on the brand new hivjustice.net website on February 22, 2012, became the founding document of the HIV Justice Network (HJN). Within weeks, more than 1700 supporters from more than 115 countries had signed up to the Declaration, creating a network of diverse activists, all fighting for HIV justice.

HJN was formed due to a growing concern over increasingly punitive approaches to HIV prevention: in particular, the inappropriate use of criminal law, even though HIV criminalisation is discredited as a public health response. We have grown in size, capacity, and impact in the intervening decade thanks to our funders – the Monument Trust, the Robert Carr Fund for civil society networks, the Elizabeth Taylor AIDS Foundation and UNAIDS – our small-but-dedicated HJN team, our Supervisory Board, our Global Advisory Panel and our HIV JUSTICE WORLDWIDE partners.

Today, we collate authoritative data and information to build the evidence base against the unjust criminalisation of people living with HIV. We also raise awareness of the harms of this approach in critical arenas including among the scientific, medical, policy, advocacy, and donor communities.

Most importantly, we galvanise and nurture the global movement against HIV criminalisation, by providing an advocacy hub to bring individuals, national, regional, and global networks and organisations together to catalyse change.

Thank you to everyone who has supported the organisation on our journey so far. We couldn’t have done it without our funders and partners but, most importantly, we wouldn’t have achieved so much without the courage and commitment of the growing number of advocates around the world who are challenging laws, policies and practices that inappropriately regulate and punish people living with HIV.

Watch HIV Justice Live! which explores the history behind, and impact of, the Oslo Declaration on HIV Criminalisation. Hosted by HJN’s founder and Executive Director, Edwin J Bernard, the show, From Moment to Movement, featured some of the advocates who were behind the Oslo Declaration: Kim Fangen, Patrick Eba, Michaela Clayton, Ralf Jürgens and Susan Timberlake.