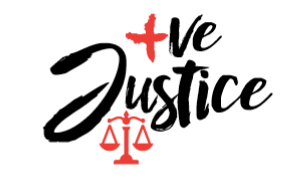 Today, on International Human Rights Day, the National Empowerment Network of People living with HIV/AIDS in Kenya (NEPHAK) and the Kenya Legal and Ethical Issues Network on HIV and AIDS (KELIN) have launched the Positive Justice campaign to finally end HIV criminalisation in Kenya.

In 2015, in Aids Law Project v Attorney General and Others [2015] the High Court of Kenya declared section 24 of the HIV and AIDS Prevention and Control Act unconstitutional and suspended the law. The High Court ruling focused on the absence of a definition for “sexual contact”, holding that it is impossible to determine what acts were prohibited. It also found the provision does not meet the standards for a justifiable limitation of the constitutional right to privacy.

However, Section 26 of the Sexual Offences Act (2006) still contains vague and overly broad provisions that have resulted in a number of recent arrests and unjust prosecutions for biting (March 2018), breastfeeding (September 2018), and alleged non-disclosure (December 2018).

Consequently, today KELIN have filed a petition asking the High Court in Nairobi to strike down as unconstitutional Section 26 of the Sexual Offences Act on the grounds that it discriminates against people living with HIV, women, and the poor, and violates a number of fundamental human rights.

According to a KELIN press release published today

The prosecuting authority’s interpretation of Section 26 of the Sexual Offences Act, as demonstrated by the prosecutions of several of the PLHIV challenging the law, effectively makes it a crime for a woman with HIV to birth and raise children. The prevailing interpretation also effectively criminalizes marriage between a person who has HIV and a person who does not.

“Laws that make criminals of people simply for having HIV ignore science. People who are on HIV treatment and are virally suppressed are not infectious. The key to a successful HIV response and ending AIDS is making sure everyone with HIV knows their status and gets on treatment. These laws make that impossible. Thousands of discordant couples and breastfeeding mothers living all over Kenya run the risk of being arrested and charged under this provision if they come forward for HIV testing,” noted M.A, the fourth petitioner and a representative of the Discordant Couples in Kenya.

HIV criminalization laws are also notorious for abuse and arbitrary enforcement. “Such abuse will always be targeted at persons living with, vulnerable to or believed to be living with HIV whether or not their actions were culpable and whether or not their actions exposed another to the risk of contracting HIV,” cautioned Mr. Nelson Otwoma, the Director at the National Empowerment Network of People living with HIV/AIDS in Kenya (NEPHAK).

It is for this reason that five people living with HIV and stakeholders working in HIV response came together to file the petition and launch the campaign dubbed Positive Justice. The campaign seeks to raise awareness on the negative effects of enforcement of the law on PLHIV, and engage relevant stakeholders including the media, legislature, judiciary, law enforcers, and Ministry of Health in advocating for the rights of people living with HIV.

“This petition will not only safeguard the rights of those living with and affected by HIV and other sexually transmitted infections but also help alleviate the discrimination and stigma they face and help Kenya remain on track in achieving the 2020 UN AIDS Fast Track targets in ending AIDS,’ said Mr. Allan Maleche, the Executive Director at KELIN.