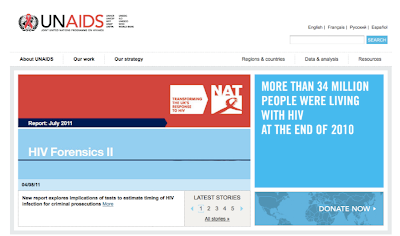 The UK charity National AIDS Trust (NAT) launched a report on 4 August 2011, entitled Estimating the likelihood of recent HIV infection – implications for criminal prosecution, which explores the validity and meaning of the Recent Infection Testing Algorithm HIV tests, or RITA tests, within the context of criminal prosecutions of HIV transmission.

The report, primarily aimed at professionals working in the criminal justice system and HIV specialists who may be called on as expert witnesses in criminal HIV transmission cases, calls for caution about the potential use of RITA results to determine timing of HIV infection.

About RITA and its potential use in criminal law context

RITA tests estimate the likelihood that a person found to be HIV-positive has been infected recently, usually within the previous six months. To date, the United Kingdom is the only country reported to routinely return RITA results to newly diagnosed patients.

As criminal law in the UK allows for the prosecution of people for transmitting HIV to another person, the report underlines the importance that RITA tests and their limitations be fully understood and not misused in criminal proceedings. The report underlines that while there have been no reported instances of use of RITA results in courts to attempt to prove timing of HIV transmission and consequently the identity of the person who transmitted HIV, this may happen in the near future.

No test can conclusively state when an individual acquired HIV

“No scientific test is able to conclusively state when an individual acquired HIV,” said Dr Cate Hankins, Chief Scientific Adviser to UNAIDS. “It is important to be cautious, follow clear protocol, and understand the limitations of RITA results when delivering them to patients or using them within a criminal law context.”

According to the report, proving HIV transmission in the context of criminal law cases requires the use of a combination of scientific evidence, medical records and testimony to establish the facts, timing and direction of HIV transmission.

“Scientific advances such as RITA testing are extremely welcome when estimating the recency of HIV infection on a population level, especially as late diagnosis is a huge issue,” said Ms Deborah Jack, Chief Executive of National AIDS Trust. “However, it is crucial that the limitations of RITA tests are fully understood and are not used out of context, for example during criminal proceedings.”

As RITA tests are designed to work at the population level (based on averages) rather than at the individual level, taking into account significant rates of false RITA test results in individuals, the report draws the conclusion that RITA tests are not reliable as evidence of recent HIV infection for individuals in the context of criminal proceedings.

Better understanding of HIV science in the context of criminal law

The NAT report comes weeks ahead of an expert meeting on the scientific, medical, legal and human rights aspects of the criminalization of HIV transmission and exposure organized by UNAIDS in Geneva from 31 August to 2 September 2011.

The meeting will bring together leading scientists and medical experts on HIV together with legal and human rights experts. Participants will examine relevant scientific and legal evidence and concepts relating, among others, to harm, risk, intent and proof, and their conceptualization/application in the context of criminalization of HIV exposure and transmission.

The meeting is part of UNAIDS’ work towards halving the number of countries with punitive laws and practices around HIV transmission, sex work, drug use, or homosexuality that block effective AIDS responses by 2015.