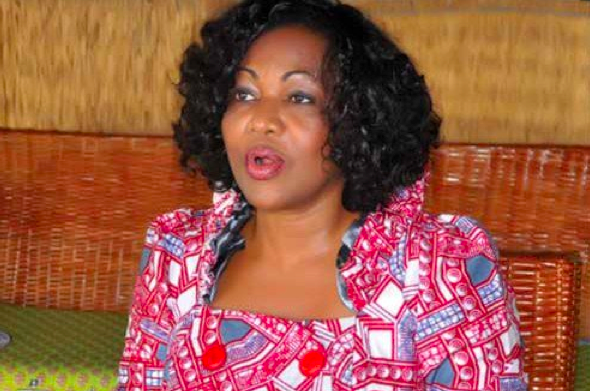 Yesterday, Wednesday, June 3, the Sexual Offences Bill, sponsored by Senator Christiana Anyanwu, (pictured above) was passed by the Nigerian Senate.

The new law contains a number of problematic provisions relating to “HIV or any other life threatening sexually transmitted disease(s)” that were added between the 2012 draft and the 2013 draft that became law yesterday, notably:

Section 39 is actually much more of a concern, as it essentially frames non-disclosure of HIV (or any other ‘life-threatening STI, including, potentially, ebola) as sexual assault, because it is seen as fraud vitiating consent to otherwise consensual sex.

39. (1) An act is intentional and unlawful if it is committed. b) under false pretences or by fraudulent means.

(3) False pretences or fraudulent means, referred to in sub-section (1) (b), include circumstances where a person

(c) intentionally fails to disclose to the person in respect of whom an act which causes penetration is being committed, that he or she is infected by HIV or any other life-threatening sexual transmissible disease.

This is similar to – but much worse than – the current legal framework in Canada but without any defence relating to the risk of exposure, such as type of sexual act, condom use, or use of treatment as prevention.

One might argue that Section 24 (Deliberate transmission of HIV or any other life threatening sexually transmitted disease) isn’t as problematic, because it appears, at first glance, to only criminalise “intentionally, knowingly and willfully” transmitting HIV, which is in accordance with UNAIDS guidance.

However, similar to many other overly broad HIV criminalisation statutes across sub-Saharan Africa, under 24. (1) no transmission is necessary (or at least doesn’t need to be proven); it includes some very vague states of mind (“which he or she knows or ought to reasonably know“); and it is unclear what, if any, defences are allowed.

24. (1) Any person who, having actual knowledge that he or she is infected with HIV or any other life threatening sexually transmitted disease intentionally, knowingly and willfully does anything or permits the doing of anything which he or she knows or ought to reasonably know

(a) will infect another person with HIV or any other life threatening sexually transmitted disease;

(b) is likely to lead to another person being infected with HIV or any other life threatening sexually transmitted disease;

(c) will infect another person with any other sexually transmitted disease,

In addition, under 24 (7) anyone accused or convicted of any of the offences covered in the Act (rape, sexual assault, indecent acts, child-related offences, exploitation of prostitution, incest, indecent exposure, sexual harassment, administering a substance with intent) will be tested for HIV (or other life-threatening STIs) and if found to be positive – whether or not they were aware of their infection – will have have their prison sentence enhanced to 15 years to life.

(7) Where a person is convicted of any offence under this Act and it is proved that at the time of the commission of the offence, the convicted person was infected with HIV or any other life threatening sexually transmitted disease whether or not he or she was aware of his or her infection, not withstanding any other sentence in this Act, he or she shall be liable upon conviction to imprisonment for a term of not less than fifteen years but which may be enhanced to imprisonment for life.

Two states in Nigeria – Enugu and Lagos – currently have overly broad HIV-specific criminal laws. It is not, however, clear whether this new law will override these laws and be binding on all 36 states in the Nigerian federation.

Research undertaken by the Network of People Living with HIV and AIDS in Nigeria (NEPWHAN) in 2010 found no known documented arrests or prosecutions at that time.

In 2013, when sentencing a 21 year-old teacher with HIV who was prosecuted for eloping with, impregnating and allegedly infecting, a 15 year-old former pupil, a Masaka High Court (in Nasarawa state) judge noted during sentencing that it is “common for people with HIV to maliciously infect others”.

In 2013, NEPWHAN and other civil society advocates successfully argued against the inclusion of a paragraph on “willful and deliberate spread of HIV” in the draft Anti HIV Discrimination Bill.

The HIV/AIDS Anti-Discrimination Act 2014 was finally passed earlier this year, and praised by UNAIDS and advocates for people living with HIV in Nigeria with the expectation that it would “create a more supportive environment, allowing people living with HIV to carry on their lives as normally as possible.”

However, the inclusion of the problematic provisions of the Sexual Offences Bill appears to have happened under the radar.  Since the 2012 draft contained none of these provisions, they were likely added in 2013, when the draft Anti HIV Discrimination Bill was being discussed.

In one fell swoop 13% of all people living with HIV in the world are now potentially unjustly criminalised.

The full text of the law  – one of 46 laws passed in 10 minutes yesterday according to media reports – is below.