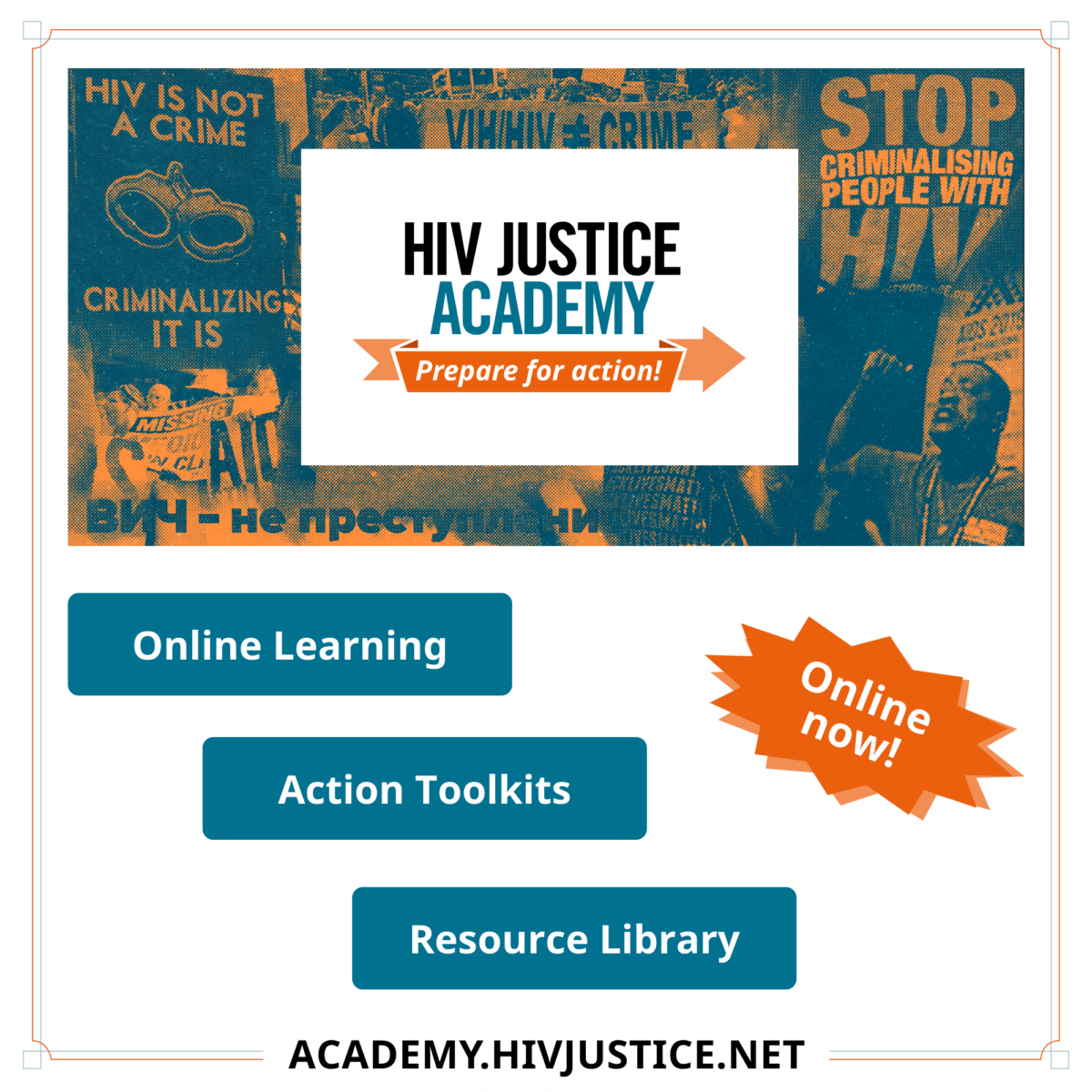 The HIV Justice Academy (academy.hivjustice.net) is a brand new global learning and resource hub designed to support people who want to be part of the movement to end HIV criminalisation.

The HIV Justice Academy was created to allow for training, organising and advocacy to continue regardless of the travel and in-person meeting limitations we might face in the future. We want to ensure that we continue to build and galvanise the global movement to end punitive laws and policies that impact people living with HIV in all their diversity, with a specific focus on the criminalisation of HIV non-disclosure, exposure and/or transmission (HIV criminalisation).

With its accessible written and video resources, we hope that the HIV Justice Academy will engage a growing community of HIV justice activists and advocates, providing timely and accessible learning, tools and resources, so that progressive change in legal and policy environments for people living with HIV at national, regional, and international levels can be achieved.

Launched initially in English, the platform architecture allows for content in multiple languages. We will be launching French, Spanish and Russian versions very soon. We will be relying on user feedback via surveys and our HIV Justice Academy multilingual chat function to ensure that the Academy will become ever more tailored to the needs of our growing network of individuals and organisations working to end HIV criminalisation.

The HIV Justice Academy was developed by the HIV Justice Network (HJN), with guidance and expertise from our HIV JUSTICE WORLDWIDE (HJWW) Steering Committee partners, members of our Global Advisory Panel (GAP) and other friends and allies in our global network. It is aimed at anyone interested in learning about HIV criminalisation, as well as specific groups of stakeholders, such as community-based HIV and human rights activists, paralegals, defence lawyers and expert witnesses. We hope the Academy will also inspire the creation of communities of practice for ongoing mutual support.

The HIV Justice Academy is supported by a grant from the Robert Carr Fund provided to the HIV Justice Global Consortium. The financial contribution of UNAIDS towards this work is gratefully acknowledged. However, its content and ideas expressed therein do not necessarily reflect the views and opinions of UNAIDS or engage the responsibility of UNAIDS.