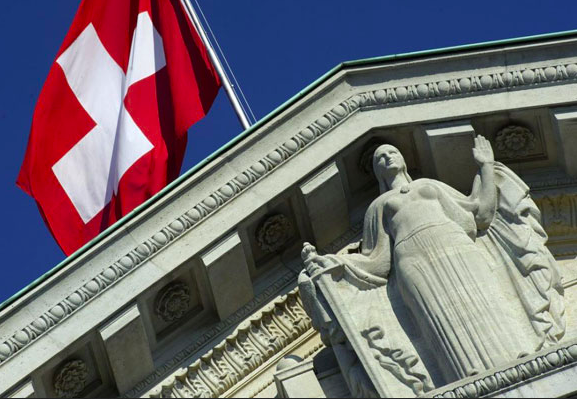 repeals and replaces the old Epidemics Act and in doing so, changes Article 231 of the Swiss Penal Code, which in the past has been used to prosecute people living with HIV for transmission and exposure, including cases where this was unintentional. The changes mean that a prosecution can only take place if the motive of the accused is to infect with a dangerous disease. Therefore, there should be no further cases for negligence or cases where the motive was not malicious (i.e. normal sexual relationships).

On February 1st, a Liberian man, 48, was convicted of (allegedly) transmitting HIV to his ex partner despite both parties testifying to consistent condom usage during vaginal sex. The complainant, a woman in her 50s, remained with the man four years after her diagnosis, and only made the complaint after he left her and married another woman, with whom he now has three children.

According to a news report in the Aargauer Zeitung, the court appeared to believe that she acquired HIV from the man via oral sex, which both sides testified was the only time they had sex without condoms.  Whilst he testified he had disclosed early in the relationship, she claims he only disclosed following her diagnosis.

He was found guilty under article 122, and was given a year suspended sentence. He was also ordered to pay compensation to the complainant of CHF 30,000 (approx. €27,000).

On February 10th, a Turkish man, 50, was convicted of (allegedly) passing HIV to his ex partner despite having a low viral load.

According to a report on 20 Minutes and further information from another journalist in the courtroom, the court heard that the man was diagnosed with an almost undetectable viral load: his doctor told him he would not need treatment for many years, and that his risk of transmission was 1-in-a-1000.

His doctor told him to inform his partner, but he testified that he did not because he was afraid she would leave him and he did not believe he could infect her.

Although the Swiss Federal Court has previously accepted that a person with an undetectable viral load could not expose someone to HIV,  in this case the man was not on treatment (a key criterion of the Swiss Statement) and it was also alleged that he had infected the complainant.

He was found guilty under article 122, and given two years’ suspended sentence. He was also ordered to pay compensation to the complainant, a woman in her forties, of CHF 40,000 (approx. €36,000).

A second charge under, originally article 231, was not retained because the judge found that the element of malicious intent required since the change of law in January, was absent.

Despite significant law reform in Switzerland, potentially unjust prosecutions continue to occur.  However, the penalties are less severe than previously found in a 2009 study of all Swiss prosecutions.

However, in neither case was there any mention of the court relying on expert witnesses or scientific evidence – notably the use of phylogenetic analysis to help ascertain if the transmissions were linked or unlinked – which would have been appropriate given the unusual nature of both alleged transmissions.

Switzerland has one of the world’s highest percentages of diagnosed people on treatment with an undetectable viral load, close to the UNAIDS 90-90-90 target of 73% of all people living with HIV virally suppressed by 2020.

This highlights that even at this level of national HIV treatment success, a significant minority of people with HIV will be diagnosed but not uninfectious, especially disenfranchised individuals such as migrants, and therefore vulnerable to prosecution.

It is likely both men’s risk of prosecution was already higher than usual because their partners were (probably) Swiss-born older women who did not consider themselves at risk of HIV.

Both cases therefore highlight that physicians and other health care workers need to ensure that all of their patients fully understand the risks of HIV transmission when not on treatment – even with a low viral load and/or during oral sex – and potential prosecution when disclosure does not happen, or cannot be proven.