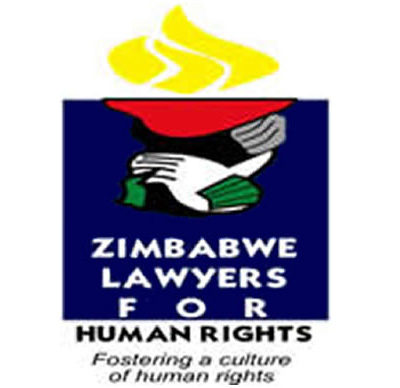 Tomorrow, Zimbabwe’s HIV-specific criminal statute, Section 79 of the Zimbabwe Criminal Law (Codification and Reform) Act 23 of 2004 will be on trial itself, facing its first-ever challenge in the Constitutional Court.

The Court will hear arguments on behalf of two applicants – Pitty Mpofu and Samukelisiwe Mlilo – both of whom were unfairly convicted of “deliberate transmission of HIV” in 2012, and who are now represented by Zimbabwe Lawyers for Human Rights (ZHLR).

“The provision is too wide, arbitrary and therefore violative of the protection of the law guarantee. It is submitted that the legislature has created an offence which is as scary as the evil that it seeks to redress.” Applicants head of arguments (1.1)

Although the ‘crime’ in Section 79 is called “deliberate transmission of HIV”, a wide range of variables are possible that involve neither being deliberate nor actually transmitting HIV.

This, argues the applicants, is overly broad and unconstitutionally vague.

(Scroll to the bottom of the page, or click the link, to read the entire Applicants heads of arguments.)

Since 1996, International Guidelines on HIV and Human Rights have recommended that:

”Criminal and/or public health should not include specific offences against the deliberate and intentional transmission of HIV but rather should apply general criminal offences to these exceptional cases. Such application should ensure that the elements of foreseeability, intent, causality and consent are clearly and legally established to support a guilty verdict and/or harsher penalties.”

It is eminently clear that Section 79 does not ensure that “elements of foreseeability, intent [or] causality” are adequately provided for, although there is a defence of informed consent via disclosure. (It is not clear, however, exactly what needs to be disclosed, given that it is possible to be prosecuted for anything that might be a risk even if you haven’t been tested).

Although the Zimbabwe law predates other African laws based on the flawed N’Djamena model law, funded and disseminated with US international aid money, it contains many of the same problems. (Zimbabwe passed the first version of Section 79 in 2001 and updated it in 2004 to include people who suspected they were HIV-positive, but were not yet diagnosed.)

‘UNAIDS recommendations for alternative language to some problematic articles in the N’Djamena legislation on HIV (2004)’, specifies the kind of language that could be used, should Zimbabwe still deem to find an HIV-specific criminal statute necessary.

It further recommends that no criminal liability should be imposed upon:

**The issues of significant risk and safer sex (along with the difficulties of proving timing and direction of transmission) are further expounded upon in UNAIDS expanded and updated 2013 guidance.

However, Zimbabwe could also decide to do away with Section 79 altogether, and implement a new law based on a model law developed for the Southern African Development Community (SADC; www.sadc.int), which comprises Angola, Botswana, Democratic Republic of the Congo, Lesotho, Madagascar, Malawi, Mauritius, Mozambique, Namibia, Seychelles, South Africa, Swaziland, Tanzania, Zambia and Zimbabwe.

This model law, which was unanimously adopted by the SADC Parliamentary Forum in 2008, integrates the protection of human rights as a key element of an effective response to HIV and has no specific provisions allowing for the criminalisation of potential or actual HIV exposure or transmission.

Today, they will launch the documentary in Harare under the banner; ‘HIV on Trial – a threat to women’s health’.

Ms Mlilo was found guilty of ‘deliberately’ infecting her husband with HIV and faces up to 20 years in jail despite there being no proof that she had infected her husband. She claims she had disclosed her status to him following her diagnosis during pregnancy, and that her husband only made the complaint in revenge for her own complaint of gender-based violence following the breakdown of their marriage.

“At this point we do not know who infected who,” ZLHR’s Tinashe Mundawarara told Voice of America News in August 2012. “This is an example of the violation of women’s rights. Women are likely to know of their status first. Mlilo might have been infected by her husband, no one knows, and got charged and convicted.”

The other applicant, Pitty Mpofu, was also found guilty of ‘deliberate’ transmission of HIV a month after Ms Mlilo.

It was alleged that he infected his wife sometime between October 2009 and June 2011 , although he wasn’t diagnosed until “sometime in 2010.”  No proof regarding timing nor direction of transmission was provided during the trial.

The first known successful prosecution in Zimbabwe took place in 2008, although it is believed that more than 20 prosecutions had previously been attempted.

In this case, a 26-year-old woman who had mutually consensual sex with a male partner pleaded guilty to non-disclosure prior to unprotected sex. She was given a five-year suspended sentence, primarily because the partner – who had tried to withdraw the charges – did not test HIV-positive.

A further five men and three women have since been prosecuted, along with a 2010 case where a man was fined for falsely accusing his girlfriend, who subsequently tested HIV-negative, of infecting him with HIV.

The most recent court case, from November 2014, involved a man who was found guilty “based on a single witness” and sentenced to 15 years in prison.