Italy does not have an HIV-specific law, but there have been at least 16 prosecutions for alleged HIV exposure or transmission using laws relating to causing bodily harm. Italy is also believed to be the first country in the world to find someone living with HIV guilty of murder for HIV transmission, when an Italian man was found guilty of culpable homicide in 2000, and sentenced to 14 years in prison for transmitting HIV to his wife, who subsequently died.

Case law has established that non-disclosure before condomless sex is considered a dolus eventualis (indirect intention), which is a similar standard of culpability as “recklessness” in common law systems. There are no known prosecutions where condoms have been used. In March 2017, the court recognised that low viral load significantly reduces HIV transmission risk (see case outline below).

The first known case involved imprisonment of an HIV-positive female sex worker in 1999. In that same year, a man was imprisoned for 4 years for infecting his partner. Between 2000 and 2007, there were at least 8 more reported cases of people charged with serious or grievous bodily harm for HIV exposure or transmission. Sentences generally ranged from 4 to 8 years (with one accused also fined €250,000), except for two cases. The first case, involving multiple complainants, involved an HIV-positive Catholic Navy chaplain accused of using his position to coerce numerous men into sexual acts, without disclosing his HIV status. His plea agreement, which included admitting all charges, resulted in a twelve-year sentence with 10 years suspended. The second case (described above) resulted in a 14 year sentence.

More is known about recent cases:

In March 2017, a Brescia court recognised the relationship between low viral load and reduced transmission risk. The case involved an HIV-positive man who faced charges associated with child prostitution, child sexual assault, and attempted bodily harm based on a presumed risk of HIV transmission (although HIV was not transmitted). The accused was convicted on all charges except for attempted bodily harm as the court found his low viral load, described as ‘almost equal to zero’ (pressoché pari allo zero) precluded transmission.

In a notorious case, in October 2017, an HIV-positive Italian man was sentenced to 24 years in prison after allegedly transmitting HIV to 32 people through condomless sex. Police investigations found the male partners of three of the women subsequently contracted HIV, as did a child of one of the women. The accused was charged with wilful injury and causing an epidemic by spreading a pathogen, which carries a life sentence, but the court rejected the charges, instead finding him guilty of causing grievous and incurable bodily harm. In October 2019, the Court of Cassation reassessed the case. They rejected prosecutors’ attempts to get the charges upgraded to include ‘malice’, and also considered four cases of alleged transmission that had been contested. It is unclear whether detailed phylogenetic analysis or other testing was conducted to ascertain whether any of the woman may have become HIV through other means, noting the defence lawyer is reported as saying the man has a ‘strain’ of HIV that is the most widespread in Europe’. In October 2020, the man was again found guilty of all charges.

In November 2017, a Romanian man was charged with grievous bodily harm and attempted grievous harm bodily harm after allegedly transmitting HIV to a former partner and having condomless sex with two other men. The man was on treatment, having explained to his former partner that his drug regimen related to cancer, and also claiming to have an allergy to rubber which prevented his use of condoms. The outcome of the case is not known.

In 2018, a man was accused of transmitting HIV to his wife. His wife also took out a civil action against him. The outcome of the case is not known.

In March 2019, media reported on a troubling case of a man who described himself as ‘negationist’, denying the existence of HIV despite been HIV-positive for more than 10 years. The man, a truck driver, travelled all over Italy for work and was reported as a regular user of dating websites, with allegations he may have had unprotected sex with more than 200 people. The man was found guilty of causing serious injuries and voluntary manslaughter after transmitting HIV to two women, one of whom had died. He was sentenced to 16 years and eight months’ imprisonment.

In November 2019, an HIV-positive man (originally from Brazil) faced charges of grievous bodily harm after allegedly transmitting HIV to a female partner, and also having condomless sex with two women, with no transmission.

Anyone who causes a personal injury to anyone, from which a disease in the body or mind arises, is punished with imprisonment from six months to three years.

( 1 ) If the illness lasts no more than twenty days and does not contribute to any of the aggravating circumstances provided for in articles 583 and 585, with the exception of those indicated in number 1 and in the last part of article 577, the crime is punishable to the complaint of the injured person.

The personal injury is serious and imprisonment from three to seven years applies:
1) if the event results in a disease that endangers the life of the injured person, or an illness or an inability to attend to ordinary occupations for a longer time forty days;
2) if the fact produces the permanent weakening of a sense or an organ;
[3) if the injured person is a pregnant woman and the acceleration of the birth derives from the fact.]

The personal injury is very serious, and imprisonment from six to twelve years applies, if the fact leads to:
1) an illness certainly or probably incurable;
2) the loss of meaning;
3) the loss of a limb, or a mutilation that renders the limb useless, or the loss of the use of an organ or the ability to procreate, or a permanent and serious difficulty of the speech;
[4) deformation, or permanent scarring of the face]

For the purposes of criminal law, weapons are defined as:
1. gunshots and all others whose natural destination is offense to the person;
2. all the instruments to offend, of which the port is absolutely prohibited, or without a justified reason.
Explosive materials and asphyxiating or blinding gases are assimilated to weapons.

If the offense is committed in violation of the rules for the prevention of accidents at work, the penalty is imprisonment for two to seven years. (1)If the offense is committed in the abusive exercise of a profession for which a special qualification from the State or a sanitary art is required, the penalty is imprisonment from three to ten years. (4)[The penalty of imprisonment of three to ten years applies if the offense is committed in violation of the rules on the regulation of road traffic by:1) person in a state of alcoholic intoxication pursuant to article 186, paragraph 2, letter c), of the legislative decree 30 April 1992, n. 285, and subsequent modifications;2) subject under the influence of narcotic or psychotropic substances.] (2)In the case of death of more than one person, or death of one or more persons and injuries to one or more persons, the penalty is applied which should be imposed for the most serious of violations committed up to three times, but the penalty cannot exceed the fifteen years. (3)

No one can be punished for a fact foreseen by law as a crime, if the harmful or dangerous event, on which the existence of the crime depends, is not a consequence of its action or omission. Not preventing an event, which you have a legal obligation to prevent, is equivalent to causing it.

Article 43. Psychological element of the crime

The distinction between intentional crime and culpable crime, established by this article for crimes, also applies to fines, whenever the criminal law makes any legal effect dependent on this distinction.

They aggravate the offense when the following circumstances are not special constituents or aggravating circumstances: 1) having acted for abject or futile reasons; 2) having committed the crime to carry out or conceal another, or to obtain or insure the product or profit or price or the impunity of another crime for oneself or others; 3) having, in culpable crimes, acted despite the forecast of the event; 4) having used torture, or having acted with cruelty towards people; 5) having benefited from circumstances of time, place or person, also with reference to age, such as to hinder public or private defense; (1) 6) to have the offender committed the offense during the time in which he voluntarily escaped the execution of a warrant or an order to arrest or capture or imprisonment, sent for a previous offense;  7) have, in crimes against property or that in any case offend the property, or in crimes determined for profit, caused to the person offended by the crime a significant pecuniary damage 8) having aggravated or attempted to aggravate the consequences of the crime committed;9) to have committed the fact with abuse of powers, or with violation of the duties inherent in a public function or a public service, or the quality of minister of a cult;10) have committed the fact against a public official or a person in charge of a public service, or dressed as a minister of Catholic worship or a cult admitted into the State, or against a diplomatic or consular agent of a foreign State, in the act or because of the performance of the functions or the service;11) have committed the fact with abuse of authority or domestic relations, or with abuse of office relationships, work performance, cohabitation, or hospitality;

Article 2043. Compensation for unlawful acts: Any intentional or negligent act that causes an unjustified injury to another obliges the person who has committed the act to pay damages.

Our thanks to Australian law firm Hall & Wilcox for their assistance confirming current relevant legislation. 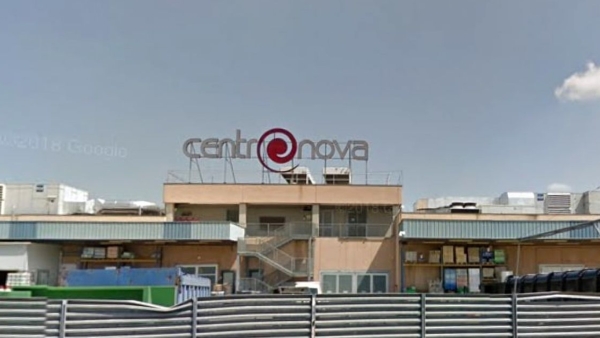 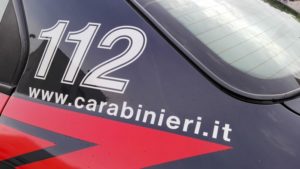 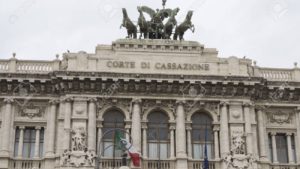 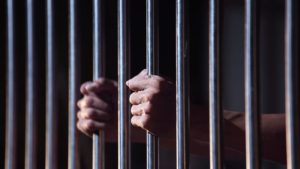 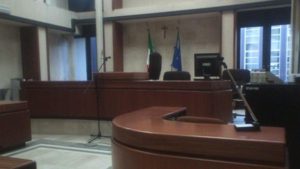