The HIV-specific provision ostensibly criminalises the ‘knowing transfer of HIV to another’, or attempts to do so, with a penalty of up to three years’ imprisonment and a fine. Although the provision is drafted in terms of transmission, this is not a required element of the offence as the inclusion of the attempt clause means only perceived ‘exposure’ is required. The provision does not define what kind of conduct is covered, and cases ranging from sexual conduct to biting have been prosecuted, suggesting that any type of ‘exposure’ is covered regardless of risk of transmission. There is also no defence of condom use or other protections.

There have been at least three prosecutions under this HIV-specific provision, including a 2019 case in which a man was sentenced to 30 years’ imprisonment, with all but nine years suspended, after having sex with at least three women.

Despite the presence of this provision, general criminal laws have more frequently been used to prosecute HIV ‘exposure’ cases. At least three cases have been prosecuted under a reckless endangerment offence, which requires a substantial risk of death or serious injury. In 2015, a man pleaded guilty to two counts of reckless endangerment for having sex with two women after making an agreement with prosecutors in which HIV-specific charges would be dropped. This was despite the fact that he had an undetectable viral load and could not transmit HIV. He was sentenced to 18 months’ imprisonment and was also ordered not to have unprotected sex, but was found dead in his cell in 2017.

Charges under other offences have been brought on the basis of HIV status for conduct which carries virtually no risk of transmission, such as a 2010 charge of second-degree assault for spitting which resulted in a five-year prison sentence and a 2016 charge of attempted murder for biting. It is not clear whether this latter case resulted in conviction, but previous case law indicates that an intention to transmit must be proven, rather than mere recklessness (see CHLP report below).

Maryland law also contains a provision criminalising people with STIs that ‘endanger public health’ who fail to take ‘proper precautions’ against ‘exposure’ in public places, or transfer articles that have been ‘exposed’ to the STI without disinfection. The penalty available is up to one year imprisonment and a fine. The specific STIs included are not stated, so it is unclear whether this includes HIV.

There does not appear to have been significant organised attempts to reform the law in Maryland, perhaps due to the relatively limited cases, scope of the law, and available sentences. An attempt to repeal the HIV-specific provision law in 2013 was withdrawn after advocates warned that it could do more harm than good.

Exposure of Other Individuals — by Individual With Human Immunodeficiency Virus

(b) A person who violates the provisions of this section is guilty of a misdemeanor and on conviction is subject to a fine not exceeding $2,500 or imprisonment not exceeding 3 years or both.

(a) A person may not recklessly:

(1) engage in conduct that creates a substantial risk of death or serious physical injury to another; or

(2) discharge a firearm from a motor vehicle in a manner that creates a substantial risk of death or serious physical injury to another.

(b) A person who violates this section is guilty of the misdemeanor of reckless endangerment and on conviction is subject to imprisonment not exceeding 5 years or a fine not exceeding $5,000 or both.

(b) (1) A person may not intentionally cause or attempt to cause serious physical injury to another.

(c) A person who violates this section is guilty of the felony of assault in the first degree and on conviction is subject to imprisonment not exceeding 25 years.

(2) A person may not intentionally cause physical injury to another if the person knows or has reason to know that the other is:

(i) a law enforcement officer engaged in the performance of the officer’s official duties;

(ii) a parole or probation agent engaged in the performance of the agent’s official duties; or

(3) A person who violates paragraph (2) of this subsection is guilty of the felony of assault in the second degree and on conviction is subject to imprisonment not exceeding 10 years or a fine not exceeding $5,000 or both. 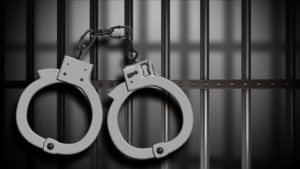 [Update] US: Maryland man sentenced to 30 years, with all but 9 years suspended, for 'knowingly attempting to transfer HIV'

[Update]US: Maryland man, sentenced to 18 months for alleged non-disclosure with added condition to always use a condom, is found dead in his cell 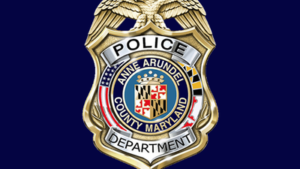 US: Man charged with attempted murder in Maryland for biting policeman during a struggle