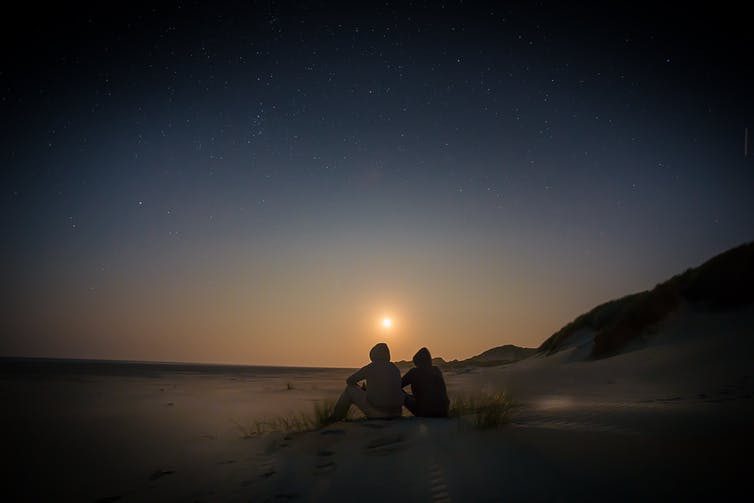 Is one person to blame if another gets a sexually transmissible infection (STI)? In most Australian states, if you have certain STIs, you have a legal responsibility to notify your potential sexual partners.

The NSW government last week passed an amendment to the state’s Public Health Act that increased the associated penalties by doubling the maximum fines and adding potential jail time.

A person who knows that he or she has a notifiable disease, or a scheduled medical condition, that is sexually transmissible is required to take reasonable precautions against spreading the disease or condition.

Maximum penalty: 100 penalty units or imprisonment for 6 months, or both.

In addition to increasing potential penalties, the amendment removed an earlier provision mandating disclosure of STI status, replacing it instead with the need for “reasonable precautions”.

This is a positive change for the law that reflects the best available research on STIs and transmission. Yet its coupling with increased penalties has sent a mixed message about sexual health in the state.

Further, the idea that punishing STI exposure or transmission will decrease rates of infection is not supported by global research on HIV, and there is no reason to believe this would be any different for other STIs.

Health law is pretty complex and mainly left up to each state and territory. Generally speaking, across Australia you risk some kind of punishment for knowingly infecting another person with what are often referred to as “notifiable diseases”. This list covers a range of infections but STIs include chlamydia, gonorrhoea, syphilis, HIV, shigella, donovanosis, and hepatitis a, b and c.

In some states, notably New South Wales, Tasmania and Queensland, it’s an offence just to knowingly expose someone to an infection, even if they don’t actually become infected. While in other states, like Victoria and South Australia, health acts do not specify penalties for exposure or transmission, referring instead to the respective crime acts. For the most part, curable STIs do not rank as serious enough for criminal prosecution.

What is unique about NSW is that it uses the Public Health Act to single out STIs and describe specific punishments above and beyond other infections.

Although laws in NSW seem unusually fixated on STIs, the move away from mandated disclosure in favour of “reasonable precautions” is a positive step. While disclosure may seem sensible on the surface, it’s not the most effective at preventing transmission. This is because disclosure requires that someone be aware of an infection and many people with an STI don’t realise they are infected. For example, it’s estimated nearly three quarters of chlamydia infections in young people in Australia go undiagnosed every year. Relying on disclosure can, therefore, give people a false sense of security.

There are other more effective strategies than disclosure for protecting someone from infection. With HIV, for example, successful treatment means the risks of transmitting the virus to another person are virtually nonexistent. Under the amended NSW law, treatment could quite rightly be considered a reasonable precaution to avoid transmitting HIV.

But the state’s Public Health Act is relevant to all STIs, not just HIV. For other infections, it’s less clear what precautions might be seen as reasonable. Condoms can offer protection from some infections, but not all, and they are rarely used for oral sex. Given more and more chlamydia and gonorrhoea cases are identified in the throat, this is potentially problematic.

Every year, there are over 100,000 STI diagnoses across Australia, the vast majority of which can be cured using antibiotics. Ultimately, public health initiatives aim to reduce new cases and lower the overall amount of infection.

And in a review of legal conditions around the world, researchers found that there was no link between laws criminalising HIV transmission and lower infection rates. The review also found such laws disproportionately impacted those who may experience marginalisation, such as young people and women.

In reality, situations where an individual recklessly or wilfully places another at risk of an STI are incredibly rare and health officials have many options besides punishment.

As part of their core work, doctors and clinics counsel on and work with people to prevent onward transmission, and in some cases public health orders can be used to compel people to, among other actions, attend counselling and refrain from activities that might spread an infection. In the most extreme situations, criminal charges can be brought on the basis of grievous bodily harm.

Overall, a special and punitive focus to STIs risks further entrenching stigma and undermining the Act’s intent, which is to manage and reduce infection. If there is any hope of reducing STIs in Australia, laws must aim to foster an environment where people feel comfortable, able and willing to get tested and engaged with their sexual health.

While it seems unlikely a rush to prosecute those who expose others to STIs will spring up from this amendment, the law as it is currently written leaves open that rather serious possibility. In NSW and across Australia, health law consistently places the burden of prevention on one partner. In an ideal world, all parties to a sexual encounter take “reasonable precautions” to protect themselves and each other from infection.