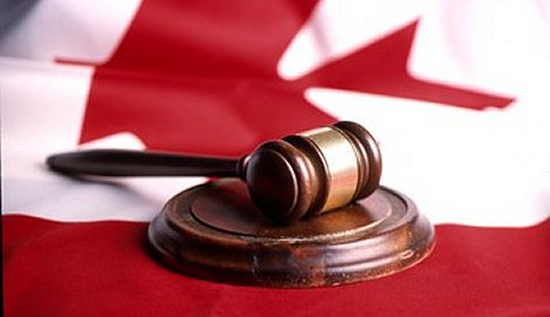 Opinion: B.C. has missed an important opportunity to create an updated policy that considers and reflects human rights, updated science and international guidance on this issue. British Columbians, and especially people living with HIV, deserve better.

A new policy provides direction to prosecutors in cases where someone is accused of not telling their sexual partner they are HIV-positive.

While the Prosecution Service has taken an important step toward limiting misuse of criminal charges in these cases, overall this new policy remains out of step with scientific evidence and extensive international guidance. The result is that people living with HIV in B.C. continue to live under the shadow of unjust prosecution.

No other medical condition has been criminalized as HIV continues to be. Just imagine being told you are HIV-positive. The news is overwhelming at first, but you take on board the medical advice given to you and you learn that thanks to modern medicine you can live a fulfilling, healthy and long life.

You go on to meet someone and have consensual sex. You use a condom, which is the safer sex practice recommended as a cornerstone of HIV prevention since the virus was identified decades ago.

But, because you didn’t tell your sexual partner you have HIV, you can be charged with aggravated sexual assault. Even though HIV cannot pass through an intact condom, you could spend years in jail and be designated a “sex offender” for the rest of your life.

The Prosecution Service has refused to clearly rule out prosecuting people who use condoms. Instead, its new policy only says that using a condom is a factor that “may” weigh against prosecuting someone.

This flies in the face of evidence-based recommendations given by advocacy and human rights groups around the world. These include the international expert consensus statement published last year by leading HIV experts — including three leading Canadian scientists (two of them from B.C.) — concerned that criminal prosecutions in cases of alleged HIV non-disclosure are often based on a poor appreciation of the science.

People living with HIV and advocates across Canada had hoped B.C. would prove itself to be a leader and go even further toward justice than the federal government has done.

In December, Canada’s attorney general issued a directive to limit HIV non-disclosure prosecutions. But it only applies in the territories, where federal prosecutors handle criminal prosecutions. It was disheartening to learn that B.C.’s new policy does not reflect the longstanding scientific knowledge we have about condoms and their effectiveness.

B.C.’s policy shows minor progress in limiting the overly broad use of the criminal law against people living with HIV. It is a positive step, for instance, that it now states there will be no prosecution in cases where the person living with HIV has a “suppressed viral load” for at least four months — this means they have had treatment to suppress the virus in their body to ensure there’s no risk of transmission.

The new policy also says there should be no prosecution for having just oral sex, although with the caveat there must be “no other risk factors present.”

These positive updates reflect current scientific understanding, so it’s perplexing the Prosecution Service maintains an antiquated stance on condom use and persists in potentially prosecuting people who practice safer sex.

B.C. has missed an important opportunity to create an updated policy that considers and reflects human rights, updated science and international guidance on this issue. British Columbians, and especially people living with HIV, deserve better.