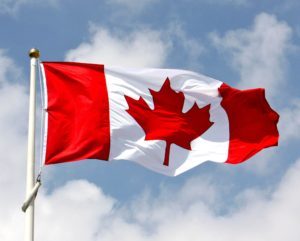 Today, after years of advocacy by community organizations, both the federal and Ontario governments have finally recognized the need to limit the “overcriminalization of HIV” in Canada. They have each taken a first step toward that end— specifically, by recognizing that a person living with HIV who has a suppressed viral load should not be criminally prosecuted, because this is at odds with the science. This morning, the federal Justice Minister released her department’s long-anticipated report, “Criminal Justice System’s Response to Non-Disclosure of HIV.”

The report contains a number of important conclusions warranting a more limited application of the criminal law than is currently the case. In particular, the report explicitly recognizes that HIV is first and foremost a public health matter, that the use of the blunt instrument of the criminal law should be a matter of last resort, that the application of the criminal law to HIV non-disclosure is likely to disproportionately affect people Indigenous, gay and Black people. The report also recognizes that it is problematic, in at least some circumstances, to use the law of sexual assault to deal with allegations of HIV non-disclosure.

Meanwhile, the Ontario Attorney-General and Minister of Health have released a joint statement confirming that “HIV should be considered with a public health lens, rather than a criminal justice one, wherever possible,” and that in light of the overwhelming scientific consensus for cases where an individual has a suppressed viral load for six months, Ontario’s Crown Prosecutors will no longer be proceeding with criminal prosecutions in such cases.

These are welcome first steps. But what is needed is deeper, broader reform. Earlier this week, the Canadian Coalition to Reform HIV Criminalization (CCRHC) released a joint Community Consensus Statement endorsed by more than 150 organizations across the country, from the HIV sector and beyond. Developed through several months of cross-country consultation, the statement shows clear consensus against the current overly broad use of the criminal law in Canada against people living with HIV and the urgent need for action from federal, provincial and territorial governments.

It is encouraging, therefore, that Justice Canada’s report recommends that the criminal law should not apply to people who have a suppressed viral load.

Furthermore, Justice Canada recommends that: The criminal law should generally not apply to persons living with HIV who: are on treatment; are not on treatment but use condoms; or, engage only in oral sex (unless other risk factors are present and the person living with HIV is aware of those risks), because the realistic possibility of transmission test is likely not met in these circumstances.

These conclusions need to be reflected in clear prosecutorial directives issued by federal and provincial Attorneys General. However, the announcement today by the Attorney General of Ontario – which province accounts for more than half the prosecutions to date in Canada – falls well short of this, as it only commits to refraining from prosecutions in cases where someone has a suppressed viral load.

These conclusions by Justice Canada should also be recognized by judges across Canada when they are called upon by prosecutors to apply the existing legal framework, under the law of sexual assault as it has been interpreted by the Supreme Court of Canada.

However, it remains that case that prosecuting HIV non-disclosure as sexual assault is misguided and damaging, not only to people living with HIV but also to the integrity of the law of sexual assault. We therefore welcome Justice Canada’s conclusion that, in the absence of intent to transmit HIV to a sexual partner, sexual offences are not appropriate.

As declared in the Community Consensus Statement released earlier this week, HIV non-disclosure must be removed from the reach of sexual assault law. We note that the Ontario Attorney General has explicitly echoed the call by the Canadian Coalition to Reform HIV Criminalization to examine potential Criminal Code reform.