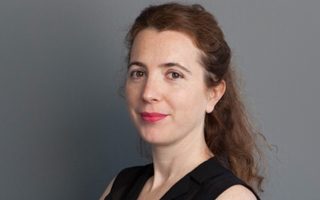 The acquittal of an HIV-positive man in an East Coast non-disclosure case will further guide Canada’s legal community in its response to new science around risk of transmission, experts say.

The Nova Scotia Court of Appeal decision in R. v. Thompson 2018 NSCA 13, rendered Feb. 15, involves Claude Thompson, an Antigonish man who was charged with failing in 2011 to tell two women he was HIV-positive before having consensual sex with them.

During Thompson’s 2016 trial, Justice Suzanne Hood found that Thompson had been taking antiviral drug therapy and used a condom with the first complainant but not the second. She also leaned on expert testimony that there was negligible risk of transmission in this case.

As a result, Justice Hood acquitted Thompson of two counts of aggravated sexual assault, but deemed him guilty of the “lesser and included offences of sexual assault causing bodily harm” after finding the two women suffered psychologically from the initial uncertainty of not knowing if they had been infected. (Both subsequently tested negative.)

This, she ruled, vitiated their consent.

But Appeal Court Justice Duncan Beveridge threw out Thompson’s bodily harm convictions, ruling that unless there was a realistic possibility of transmission, consent could not be vitiated simply by psychological harm.

“The sole issue in this case is whether psychological harm said to have been caused by non-disclosure of HIV status vitiates consent to sexual activity.” The short answer is no, it does not,” stated Justice Beveridge, with Justices Linda Lee Oland and Joel Fichaud in agreement. “Failure by a sexual partner to disclose that he or she has a sexually transmitted disease is morally reprehensible, but it is not usually a crime.”

Justice Beveridge went on to talk of stress and upset being “irrelevant” in the “eyes of the law.”

“Emotional stress or upset, even if they could legitimately amount to bodily harm within the meaning of the Criminal Code, are, in the eyes of the law, irrelevant.”

In December, the federal government released the Criminal Justice System’s Response to Non-Disclosure of HIV, a research paper warning of the over-criminalization of infected people who don’t disclose their condition but pose a “negligible” risk to non-infected partners. It also lays out various sexual scenarios which would involve a low — or even nonexistent — possibility of transmission, even if a condom is not used.

Criminal law, it stated, should not apply to those who do not disclose but have maintained a suppressed viral load, are taking antiretroviral treatment, use condoms or engage only in oral sex.

Following the paper’s release, Ontario’s Ministry of the Attorney General announced that the province’s Crowns would be told to limit non-disclosure prosecutions, particularly for those on antiretroviral therapy and with “a suppressed viral load.”

Defence lawyers urged Crowns to re-examine both current non-disclosure cases and past convictions in light of evolving medical science.

The release of the paper was the next chapter in the changing legal landscape when it comes to non-disclosure cases.

Before it came Mabior.

In 2012, the Supreme Court of Canada ruled in R. v. Mabior 2012 SCC 47 that an infected person was not legally required to disclose their HIV-positive status if they carried a low viral load and used a condom. However, the SCC left room for some tweaking should laws need to adapt to changing science.

“It’s important because it’s a court of appeal decision that is making it very clear in terms of the reliance on medical science [being] the directive as to whether someone poses a realistic risk of transmission,” said Fromstein. “That’s important because we can now use that. As a defence counsel, I can use that on cases where they are still prosecuting. If there is a prosecution for oral sex, or a prosecution where there is a condom used, now there is some law that is supportive of the notion of what it takes … to find someone guilty, and perhaps it will also influence (provincial attorney generals) in not prosecuting, the fact that there is a legal directive, a court of appeal decision.”

“For years we have seen many different attempts by some actors in the justice system to expand the criminal law against people living with HIV,” said Kazatchkine in an e-mail. “Such attempts have included pushing the psychological harm argument. While the trial judge’s verdict in Thompson … was concerning (and unjust), we knew there was no legal basis for such argument. … The interpretation of the legal text of a ‘realistic possibility of transmission’ has created uncertainty, but the law around HIV non-disclosure has always been clear: there can be no conviction for non-disclosure in absence of actual transmission or a significant risk of transmission.”