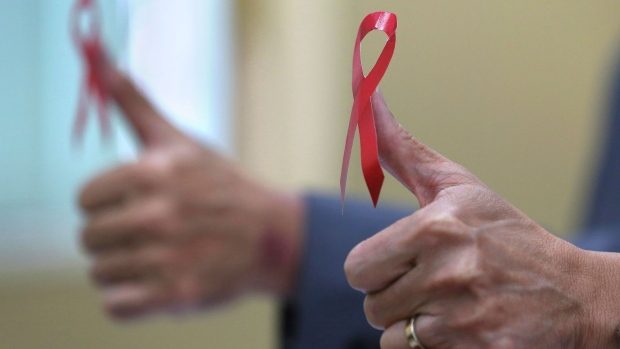 TORONTO — A move by the Ontario government to limit the prosecution of HIV-positive people who don’t disclose their status to sexual partners is being called a step in the right direction by those affected, but they say there’s much more progress to be made.

The government announced on Friday that people with low viral loads who don’t have a realistic chance of transmitting the disease can’t be charged with a crime if they don’t disclose their medical status to a sexual partner.

Previously, non-disclosure could lead to an aggravated sexual assault charge that landed convicted people on a sex offender list.

Ontario made the changes after studies showed that the risk of transmission is negligible if people are being treated for the disease or if appropriate precautions are taken.

Chad Clarke, 46, who served 39 months in prison for non-disclosure, said he cried when the announcement was made and said progress was being made to end what community advocates called the criminalization of HIV.

“I feel great because they’re listening to our voices,” said Clarke. “I look forward to see where we go … they just proved that you have them willing to sit down, and maybe Canada will sign on to this.”

However, advocates in the community say there are downsides to the ruling as well.

Jeff Potts, managing director of the support and advocacy group Canadian Positive People Network, said that decriminalizing only people with low viral loads means the community will be divided between people who are fortunate enough to get the medical treatment they need, and marginalized people who are not.

“At the end of the day, laws that criminalize people living with HIV for any reason, unless it can be proven there was intentional harm, are unjust,” said Potts, who has been HIV-positive for three decades.

“They don’t make sense, they don’t keep up with the science, it does nothing more than perpetuate stigma and further marginalize people who live with HIV.”

Potts said that some people will see this as a wrong step because of that division, but acknowledged that it’s important that the government has shown it understands there’s a conversation that needs to happen.

The government said Sunday it had no comment about any plans to further limit prosecution of HIV-positive people for non-disclosure.

Potts and Clarke spoke of the stigma that came with being HIV-positive and said that the fear of prosecution was “unbearable.”

Clarke, who was originally sentenced to four years in prison, says his daughter still won’t let him speak to his grandson, and said he still isn’t on speaking terms with his parents. He used to feel at home in Toronto’s Church and Wellesley neighbourhood, where there is a strong LGBTQ community, but has since moved to a small rural community because the area brings back too many bad memories

“Knowing that I’m on a national sex registry that puts me on the same category as people that actually harm children or dismember bodies when they do a sexual thing doesn’t make me feel to good,” said Clarke.

While Clarke is also calling for further changes to non-disclosure rules, he said the HIV community has to be mindful of how they carry on the fight and that they must focus on educating Canadians.

“We need to use our voices properly, hold them accountable, and educate,” said Clarke. “If we don’t educate and show them the love of this community, they’re not going to hold that door open for us no more.”