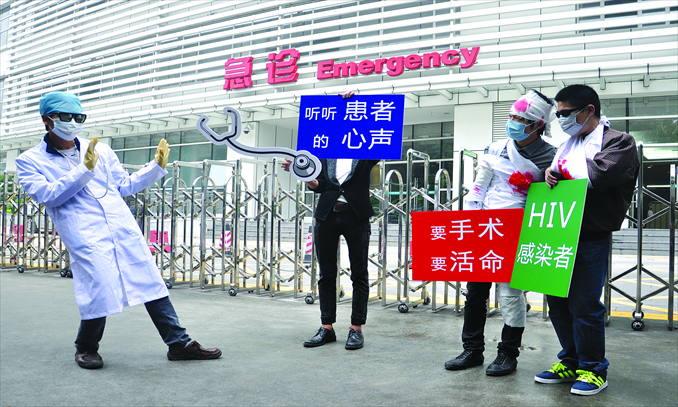 In the Chinese legal system, it is a crime to intentionally spread sexual transmitted diseases through prostitution, but this does not apply in a marriage or an ordinary relationship. Yang Shaogang, a Shanghai lawyer and advisor to the local government, is among those legal experts who propose legislation to make the intentional transmission of HIV/AIDS a crime, as it already is in many countries.  Yang has taken on two cases where wives sued their ex-husbands, who were HIV positive, for infecting them. The court ruled in favor of the wives in both cases. Yang believes concealing one’s illness and infecting others should be a criminal offense. Some provinces such as Yunnan and Gansu have also passed measures to mandate that carriers inform their partners within a month of getting the test results or else the health authorities would. Such policies have been heavily criticized for violating patients’ right to privacy.