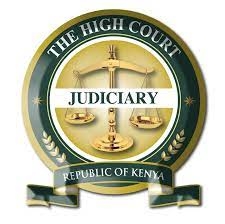 The law says any person who deliberately infects another with life threatening STD is guilty of an offence.

Attorney-General Paul Kihara Kariuki wants the High Court to dismiss a petition that seeks to decriminalise deliberate transmission of HIV or any other life-threatening sexually transmitted disease.

He says the petition filed by six people living with HIV/Aids lacks merit since the law that is being challenged, Section 26 of the Sexual Offences Act, is necessary to curb the spread of the disease.

“In examining the purpose, effect, historical background behind the enactment of the disputed law, and the intention of the legislature, we urge the court to take judicial notice of the fact that Kenya and in general Africa, continues to be ravaged by the scourge despite the scientific gains that have been made towards reducing the mortality rate,” states the AG.

“By passing the disputed law the Legislature was not acting in a vacuum but responding to a situation in which the State needed to intervene”.

The law says any person who deliberately and intentionally infects another with HIV or any other life threatening sexually transmitted disease is guilty of an offence, whether or not he or she is married to that other person, and shall be liable upon conviction to imprisonment for a term of not less than 15 years but which may be enhanced for life.

It also allows the taking and storage of samples, such as blood and urine, from those accused of spreading life threatening sexually transmitted diseases until the finalisation of the criminal case.

The said law also provides that any person who hinders or obstructs the taking of an appropriate samples from the accused is guilty of an offence of obstructing the cause of justice.

Upon conviction, such a person is liable to imprisonment for a term of not less than five years or to a fine of at least Sh50,000

The petitioners argue that the law creates criminal sanctions and punishes persons living with HIV and is thus unconstitutional for violating their rights, such as the right to freedom from discrimination.

Criminal sanctions are not of any use in the reduction of transmission of HIV and are wholly inappropriate where a person does not know he or she is HIV positive or does not understand how HIV is transmitted. Laws such as Section 26 of the Sexual Offences Act merely increases stigma and discrimination of people living with HIV and makes it less likely that they will pursue health affirming behaviour,” state the petitioners.

They also argue that the law limits the right of people living with HIV to consensually start a family with any person of their choice who is not infected with the virus. They said the law is being used to harm persons living with HIV.

Section 26 fails to consider the scientific gains made in the fight against HIV, where there are treatments that suppress the viral load of an infected person to the extent of rendering the chances of transmission to be extremely low or all together nonexistent,” they argue.

But the AG argues that the rights of persons living or affected by HIV are not absolute and that this must be weighed and interpreted with limitations provided under the Constitution.

Mr Kihara says the disputed section of the law only prohibits deliberate transmission of HIV and does not create an obligation to persons who suffer from HIV/Aids to disclose their status to their sexual partners, thereby maintaining their right to privacy.

He states that the law was enacted to protect the vulnerable population of young girls and women.

A declaration of unconstitutionality of the impugned law will undermine public health goals and create a legal vacuum in enforcement of laws protecting persons from deliberate HIV transmission. In light of such legal vacuum, the general public and more particularly the vulnerable population stands to suffer irreparable loss,” says the AG.

We humbly call on this court to breathe life into Section 26 of the Sexual Offences Act and not to stifle the intention of the law maker.

While referring to data from the National Aids Control Council (an Interested Party in the case), state counsel Gracie Mutindi told the court that 21,000 Kenyans (4,333 children and 16,664 adults) die of HIV related causes every year.

It is her position that the disputed law neither constitutes discrimination against people living with HIV simply due to their health status nor does it violate a patient’s right to privacy. Furthermore, the right to privacy is not absolute.

She also denied the petitioners’ allegations that the disputed law violates their right to dignity, freedom from cruel, inhuman and degrading treatment by the manner in which it authorises the taking of blood, urine or tissue samples from persons suspected to have infected another with HIV or any other life threatening sexually transmitted disease.

The taking of blood, urine or any other medical or forensic evidence as provided is not done for sadistic pleasure. It is rather aimed at ensuring that all material is availed to enable the court reach a just determination,” states Ms Mutindi

She contends that the right to privacy cannot be used as a tool for circumventing a just legal process intended to prove an offence. The case will be mentioned on February 10.