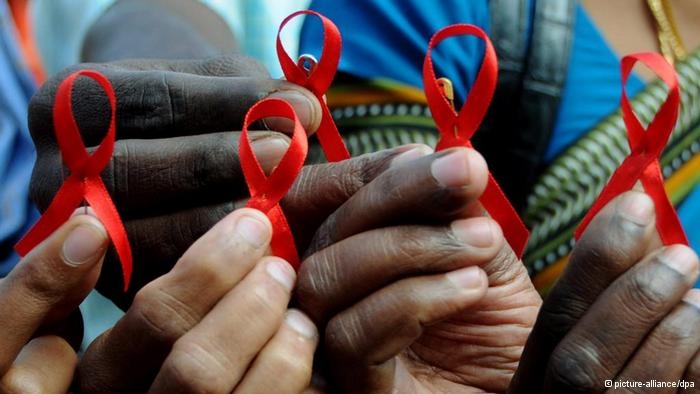 The Department of International Relations and Cooperation (DIRCO) is investigating allegations that South Africans working at the Libyan embassy in Pretoria were pressured to test and reveal their HIV status after asking to be tested for COVID-19.

Several of the affected employees who spoke to Spotlight on the condition of remaining anonymous, have worked for the embassy for over a decade. They say that someone who visited the embassy had tested positive for COVID-19 and that at least one of the embassy’s workers had been exposed to the person who tested positive.

The workers say they asked the embassy to arrange and pay for COVID-19 tests, since the possible exposure happened in the workplace and they could not pay the costs themselves. They say this was at first refused because their employee contracts do not cover such medical expenses. Later the workers were given the option to be tested, if they agree to also test for other conditions, particularly HIV and hepatitis.

One worker says that while he knew that this wasn’t right and tried to push back, he eventually gave in to the idea because he was afraid of getting sick. He says he has a known comorbidity that added to his concern. “Because I was so scared of COVID-19 I said sir, please, let me go test, everything is fine.”

Questions were sent to the Libyan embassy and Spotlight was telephonically informed that the matter would be raised with embassy leadership, but despite being given multiple opportunities over a period of more than a week, the embassy did not respond to our questions by the time of publication. Spotlight has however seen letters and e-mails that appear to confirm at least some of the allegations made by the workers.

DIRCO stated that it could not comment on the situation until their investigations were finalised.

This follows a similar incident in December 2018, when all local employees at the embassy were allegedly instructed to test for HIV, tuberculosis, and hepatitis A, B, and C. At the time DIRCO met with representatives of the embassy to discuss the situation. A subsequent letter from DIRCO (seen by Spotlight) explains that mandatory medical testing is against South African law and the Vienna Convention on Diplomatic Relations of 1961, and urged the embassy to reconsider its position.

One worker describes the reaction by embassy leadership to their request for COVID-19 tests as “if you want to test this, remember you refused to test HIV”. “We’ll include HIV on the list and if you go test, the embassy will pay for you.”

The workers eventually did go for COVID-19 tests, over two weeks after the possible exposure. On the day, some again refused to test for the other conditions, but say they eventually did so after more pressure from the embassy, including alleged threats to fire them.

They also allege that the embassy instructed the testing laboratory to send all the results to the embassy.

Phila Malaza from the Union for the Local Employees in Missions Accredited to South Africa (ULEMASA), says that in addition to DIRCO, the incident has also been reported to the South African Human Rights Commission. A case of unfair labour practices has also been opened at the  Commission for Conciliation Mediation and Arbitration (CCMA) and the union has sent a letter to the Chairperson of Parliament’s Portfolio Committee on International Relations and Cooperation to request an intervention on the matter.

What the law says

There are a variety of local laws and guidelines that protect the confidentiality of certain medical results. The National Health Act says that information relating to one’s health status may not be disclosed unless consented to in writing, ordered by a court or law, or if “non-disclosure of the information represents a serious threat to public health”. Section 7 of the Employment Equity Act restricts medical testing of an employee and prohibits HIV testing unless “determined to be justifiable by the Labour Court”.

Retired Constitutional Court Justice Edwin Cameron, who is a long-time activist for HIV issues, says it is important for individuals to have control over the privacy of results because of stigma. He says that while HIV is entirely medically manageable, there is still a long way to go in changing attitudes. “That is why HIV is still a disease of silence across the African continent – shame, rooted in sexual transmission, and stigma about it.”

Cameron says that HIV results remain private. “Employers have no reason at all to want to know them, unless for beneficent reasons, like a genuine offer to assist employees with HIV to locate counselling and ARV treatment, and to accommodate this in their work duties.”

He explains, however, that some legislation, such as the Employment Equity Act, was in place before the widespread availability of ARV treatment. “There was little reason to test, at that time, other than to try to single out and discriminate against those testing positive.” However, consensual and private testing should now be widely encouraged.

The director of the Centre for Medical Ethics & Law at Stellenbosch University, Professor Keymanthri Moodley, says that the underlying ethical principle is a respect for autonomy, making consent and confidentiality crucial. She says, “with respect to HIV testing, privacy is important because this is personal, sensitive information and because a person’s HIV status could potentially lead to harm, including stigmatisation linked to the disease and death in some cases”.

Moodley explains that there are some medical exceptions, such as in the current pandemic. She says, “COVID-19 is a threat to public health as it is transmitted via the respiratory route”.  “Disclosure is legally permitted because of the public health risk.”

Beyond South African legislation, global sentiment goes against coerced testing. Edwin Bernard, the executive director of the HIV Justice Network, says “mandatory, compulsory or coerced HIV testing of individuals on public health grounds is never acceptable”. He points to a 2017 statement by the World Health Organisation (WHO) and UNAIDS guidelines which insist on consent and confidentiality as crucial in HIV testing services.

“HIV testing, no matter how it is delivered, must always respect personal choice and adhere to ethical and human rights principles,” the statement reads. The only scenarios in which WHO and UNAIDS supports mandatory HIV testing is during medical procedures such as organ transplants and giving of blood destined for transfusions.

Another worker says they are scared and being impacted deeply by the situation. “This thing is affecting me too much emotionally, because to be honest, people like me already know their status. I’m already on ARVs, so if they would find out that I’m positive, I think the situation would change.”

Yet another employee says he feels traumatised by the situation. He asks, “if I lose this job, how am I going to support my family?” Beyond the worry of possibly losing his income, he says that he did not like that he was being pressured to take an HIV test, instead of being able to make that choice in his own time.

[Feature] It Takes More Than A Village