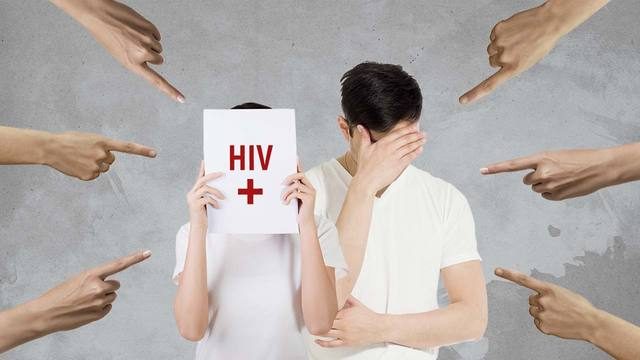 ‘Stop HIV shaming’: When status is not the story

MANILA, Philippines – When agents of the Philippine Drug Enforcement Agency (PDEA) arrested 11 men in a drug bust at a hotel in Taguig City on Monday, November 27, the agency revealed more information than necessary during its press conference the following day.

Aside from announcing the raid yielded P387,000 worth of party drugs, PDEA showed mug shots of suspects and even mentioned that one of them is positive for HIV.

Netizens and advocates from the lesbians, gays, bisexuals, transexual, and queer (LGBTQ) community slammed the PDEA and media outlets that carried the angle for baring the mugshots and the disclosure of one’s HIV status. They argued that, by doing so, PDEA and the media outlets only helped perpetuate the stigma attached to the LGBTQ community and people living with HIV.

Unfortunately, this incident took place only 3 days before the world observes the World AIDS Day on Friday, December 1.

Disclosing to the media that one of the suspects tested positive for HIV was unnecessary, according to Senator Risa Hontiveros and several LGBTQ rights groups and advocates, like Dakila, Red Whistle, Pedal HIV, and UP Babaylan.

“While the use of prohibited drugs is illegal, their sexual orientation and HIV status are unimportant and should have been treated with utmost sensitivity and respect,” UP Babaylan said in a statement.

While PDEA has since apologized, Hontiveros said in a statement released on Wednesday, November 29, that PDEA and law enforcement agencies should train themselves on the ethics and protocols in the proper handling of persons living with the human immunodeficiency virus (PLHIV).

“I welcome PDEA’s apology, but we cannot ignore the mental and emotional damage already inflicted on the said person. Living with HIV is not a crime. Whatever legal and criminal charges he is facing, testing positive for HIV has nothing to do with them,” Hontiveros said.

Hontiveros added that government agencies like PDEA should be at the forefront when it comes to fighting the stigma attached to PLHIV.

Advocates, on the other hand, chided media groups that carried the angle for their unethical and sensational reporting. According to them, media groups that unnecessarily highlighted the HIV reference violated the confidentiality clause stated in the Republic Act 8504 or the Philippines AIDS Prevention and Control Act of 1998.

Article 6 of the HIV law generally aims to promote confidentiality in handling all medical information, particularly the identity and status of PLHIV. (INFOGRAPHIC: How is HIV transmitted?)

In the Philippines, there are no clear guidelines and prohibition in media on HIV disclosure. Bills filed by Dinagat Island Representative Kaka Bag-ao and Senator Risa Hontiveros seek to address this gap by strengthening the confidentiality clause of the current HIV law.

Globally, groups observe the following ethical guidelines and principles in reporting about HIV and AIDS:

These guidelines were echoed by the Center for Media Freedom and Responsibility (CMFR), a media watchdog.

In a phone interview with Rappler, CMFR editorial manager Lawrence Idia said journalists bear the responsibility of discerning which information to report to the public.

“On the part of the media, when you obtain information, you should also make sure that it does not cause any harm or violate privacy. In this case, the stigma should not have been reinforced,” he said in a mix of English and Filipino.

Idia said setting guidelines for the media on reporting sensitive issues like HIV and AIDS would be good starting point in helping break the stigma.

Advocates agreed that the actions of PDEA and some media groups greatly affected the country’s fight against the stigma attached to PLHIV and against the health epidemic in general.

Last August, the Department of Health (DOH) cited the latest data from the UNAIDS Report on global HIV epidemic states, and announced that the Philippines has the “fastest growing” HIV epidemic in Asia-Pacific.

“Just reading the comments from the articles about the buy-bust is disheartening. This stigma against the LGBTQ+ Community and people with HIV/AIDS should not be tolerated,” Dakila communications director Cha Roque said.

In any case, this drawback did little to dampen the spirits of advocates who are at the frontlines in the goal to raise awareness about HIV and AIDS.

“We need to be constantly talking about how our society deals with the LGBTQ+ community. Dakila believes that as much as we celebrate that ‘love wins,’ we shall also remember that with love comes the right to express yourself, and not to be discriminated for it,” added Roque. – Rappler.com