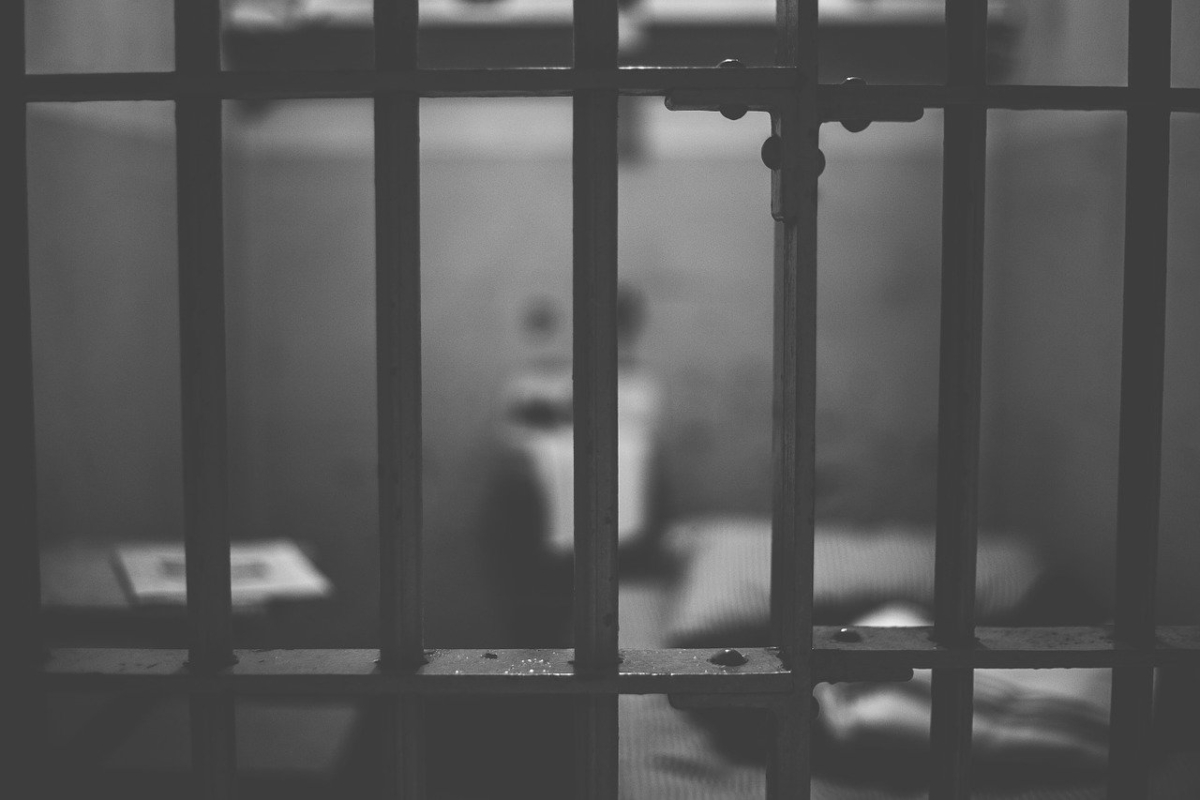 Translated with www.DeepL.com/Translator, please scroll down for original article in Russian.

Human rights activists, the WHO and the UN all oppose this provision in the Russian Criminal Code.

No chance of acquittal

In one of the most controversial articles of the Russian Criminal Code, the chances of an acquittal are 0 per cent. Cases are heard behind closed doors and verdicts are almost never published. The practice has been opposed by respected global organisations, and even the Russian government has proposed amendments. But for now, the case stands still and the defendants are sent to penal colonies. Where they will not receive proper treatment. We are talking about Article 122 of the Criminal Code of the Russian Federation (HIV infection).

According to the Judicial Department, it is virtually impossible to obtain acquittal for crimes related to HIV transmission. Over the past five years, Russian courts have acquitted only one defendant under Article 122 of the Criminal Code. And from 2018 to 2020, the statistics are quite depressing – all the defendants in such cases have only heard guilty verdicts. Even in cases of treason and espionage, courts acquit more often, Supreme Court documents show (in 3 years, courts have released as many as 5 defendants accused of crimes against state security).

In the winter of 2011, Samara resident Evgeny Kovalev (hereafter the names are changed – ed.) ended up in a drug treatment clinic. The young man had been addicted to illegal substances shortly before, but decided to get rid of his addiction and got registered at the clinic. During the process, they started taking various tests for Yevgeniy, including HIV tests. One of them showed that Kovalev’s organism had antibodies to the infection (they are present at any stage of the disease including asymptomatic stage). He had no symptoms of HIV but was diagnosed with HIV.

At that time Kovalev was dating a girl and was periodically having intimate relations with her. As he will later prove in court, the doctors did not tell him about the positive diagnosis. He only found out about it when he and his girlfriend visited the social centre where they were tested. Although the results of the tests were negative, the couple broke up after the unpleasant news and maintained their friendship. A few months later, however, the girl felt ill and went to the health centre, where the doctor gave her a number of referrals. This is how she found out that she was also infected.

The victim went to the police and Kovalev was detained. He was charged with intentional transmission of HIV (part 2 of article 122 of the Criminal Code). During the hearing, Evgeniy put forward the version that his ex-girlfriend could have been infected by another person, as they always used protection during sex. But the court sided with the victim, who claimed that she had never slept with anyone else. No other evidence was cited in the verdict.

In August 2011, the Kuibyshev District Court of Samara sentenced Kovalev to a real sentence (not specified in the text of the sentence) in a penal colony. Despite having a wife and an underage child, as well as a serious illness, the young man was taken into custody right in the courtroom. He was also charged with moral damages.

In September 2017, a resident of Feodosia (Crimea) reported her mobile phone missing to the police. Her acquaintance Oleg Osipov was suspected. He was summoned to the police station. During the interrogation, there was a conflict between him and an operative named Chudak. After a verbal altercation Oleg suddenly grabbed a decanter from the policeman’s desk, smashed it on a safe and started cutting his hands with broken shards (before that Osipov had not been found guilty of any offence: he had no criminal record, was not registered at a drug treatment facility or a psychiatric clinic). The operative tried to take away the glass, but was struck in the thigh during the scuffle.

After a few minutes, Osipov was restrained and taken to his cell. The man cleaned the wound, the cleaner was scrubbing the blood off the floor. They never found evidence that it was Oleg who had stolen the ill-fated smartphone.

But he was charged with other crimes. For assaulting a police officer in the line of duty (part 2 of article 318 of the Criminal Code). And of knowingly putting another person at risk of HIV infection (part 1 of article 122 of the Criminal Code). It turned out that in December 2012, Osipov learned about his disease and the dispensary took a receipt from him saying that he was warned about the need to comply with sanitary and hygiene standards to avoid infecting other people. This fact was considered by the Investigative Committee to be sufficient for the prosecution.

At trial, Oleg pleaded guilty and repented of what he had done. But the court decided that his correction is possible only in isolation from society and sentenced the man to two years and two months in a penal colony.

Osipov’s appointed lawyer, Oksana Pasichenko, told Sobesednik that she does not know the fate of her former client, but he is “most likely already at large”.

Incidentally, sometimes law enforcers themselves are prosecuted for deliberate HIV infection. In 2015, a police officer was detained in Kaliningrad who had infected nine women.

Despite Osipov’s unfortunate experience, often those accused under Article 122 of the Criminal Code who plead guilty still avoid real sentences. This happened, for example, to Alexey Lozhkin, a resident of Udmurtia who infected his girlfriend with HIV back in 2008. He repented in court and received a one-year suspended sentence.

The first case of HIV in the USSR was registered in 1987. Lawmakers almost immediately criminalised intentional transmission of HIV; article 115.2 was added to the Criminal Code of the USSR, which later became article 122 of the Russian Criminal Code.

Russian law still does not clearly describe the circumstances under which criminal liability for HIV-positive individuals arises.

The law puts HIV-positive people before other citizens, says Mariya Godlevskaya, peer counselor of the E.V.A. association (she herself found out about her infection in 1999).

– That`s why many HIV-positive people are afraid to tell their environment about their status”, Godlevskaya says. – Article 122 of the Criminal Code puts people in a corner, criminalising anyone who has HIV. The sole responsibility for his or her health shifts to the individual. And yet there are cases when HIV-positive people are simply blackmailed by their former partners. Although it is known that a person on antiretrovirals cannot infect another person, the judicial practice simply does not take this into account.

WHO and the UN have long called for the decriminalisation of HIV infection. And in a number of countries the situation, albeit slowly, is beginning to change. For example, this year, the state of Illinois (USA) decriminalised HIV transmission. A similar proposal back in 2017 was put forward by the Russian government, but it was never approved.

Article 122 of the Russian Criminal Code punishes both HIV infection itself and “knowingly putting another person at risk of infection”. It can be punishable by imprisonment for up to one year. If the defendant knew he or she had the disease, he or she could be sent to prison for five years. If the victim is a minor or two or more people, the perpetrator faces up to 8 years in prison.

In the statistics of the Supreme Court, cases under Art. 122 are combined with cases under Art. 121 (infection with a sexually transmitted disease), so it is impossible to draw an exact conclusion about what kind of punishment the courts are choosing. It is known that in 2020, the number of actual and suspended sentences were about the same – 28 people went to prison and 29 remained free. Ten received restriction of liberty (unable to travel abroad) and one received compulsory labour.

Human rights activists believe that such measures do not work, although they are used in many countries around the world. The list of such measures does not include those countries which are considered to be developed.

Society is still full of myths about HIV and its terminal stage, AIDS. One of the main ones is the supposedly high mortality rate of the disease.

In reality, HIV-positive people live as long as the average person. As long as they take antiretroviral medication. In this case the person is not contagious. However, the Russian code makes no distinction between those who take medication and those who refuse treatment.