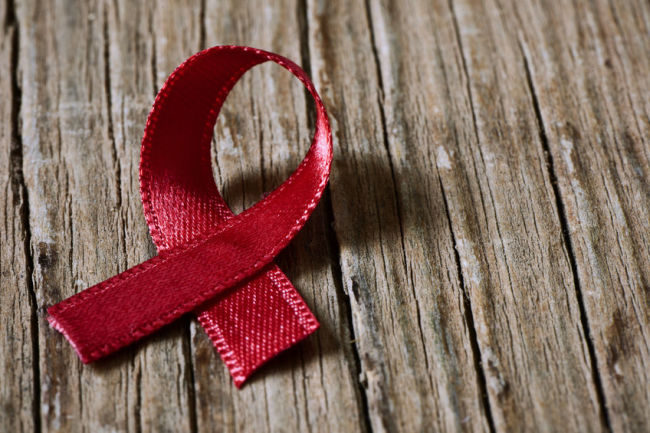 Korean people with HIV still face rampant discrimination, over 30 years since the first case was discovered here, a study released Thursday by UNAIDS has found.

According to initial findings from the People Living With HIV Stigma Index in South Korea, 37 percent of respondents reported suicidal thoughts, and a similar proportion had cut themselves off from family and friends.

In addition, 71 percent of people with HIV said they had been insulted or threatened because of their status.

Although almost all respondents said they were receiving anti-retroviral treatment for HIV, 70 percent said they had still avoided going to a clinic when it was needed.

The economic difficulties faced by respondents were also serious. Although most were college educated and around two-thirds were aged between 30 and 50, only 37 percent were employed full-time.

Less than 1 in 10 full-time workers had told their employees they had HIV and more than half of respondents said they had quit school or work because of their HIV status.

A separate report released by the National Human Rights Commission on Wednesday found 91 percent of people with HIV said they faced discrimination at work and 83 percent were discriminated against at school.

Asked about sources of negative attitudes, the UNAIDS report found media to be no better than general internet comments, with both cited by three-quarters as a source of negative views toward people with HIV. Religious groups were cited by 64 percent.

Citing a lack of funding and government support, the authors of the report conceded the limitations of the survey due to small sample size, noting particularly that women were not properly represented. Just one woman with HIV was surveyed, partly because only 7.6 percent of people with HIV are women and there is a lack of networks for them.

Kwon Mi-ran, a consultant for Korean Network for People living with HIV/AIDS (KNP+), which conducted the research with UNAIDS’ support, said more research was required into women with HIV, who faced some specific issues.

“Women with HIV face serious stigma and the government’s policies have nothing that addresses women with HIV specifically,” she said. “There are no communities for women to share their experiences and support each other and they are isolated.”

Kwon said it was more difficult for women to report sexual assault, partly because of the attitudes of people in the legal system toward people with HIV and partly because of a law that criminalizes acts that can spread the virus.

Another growing form of discrimination against people with HIV was that nursing homes were refusing to accept them as an increasing number reached old age.

“Antiretroviral treatment is widely available in South Korea, and so most people living with HIV can keep their health. But when they need long-term care because of old age or other HIV-related diseases, there is no place they can go,” said Seo Bo-kyung of KNP+.

Only 27 percent said they were confident their medical records would be kept private and 17 percent said doctors had disclosed their HIV status to other people without permission.

Despite UNAIDS and World Health Organization recommendations to avoid testing without informed consent, the majority of respondents found they had HIV after being tested without their knowledge.

The NHRC report also found discrimination in health care, with 26 percent saying treatment had been refused, and a similar number saying their status was indicated on their bedside charts.

“Health care settings should be stigma-free environments to ensure people living with HIV not only stay healthy, but their loved ones and community are also protected from HIV,” Steve Kraus, director of the UNAIDS Regional Support Team for Asia and the Pacific, said in a news release accompanying the report. “It is imperative that we have protective laws and empowered communities.”

The report recommends consideration of HIV as a disability to bring it under existing discrimination protections, and for a comprehensive discrimination law. It also calls for NGOs to work with the government.

The respondents’ most favored policy is public education on HIV, but Seo Bo-kyung of KNP+ stressed that the quality of that education was important.

“In many cases, HIV education is conveyed as a means to deliver homophobic messages and tends to describe people living with HIV as pathogens, and not as humans,” he said. “That is the reason that we emphasize a human rights-centered approach.”