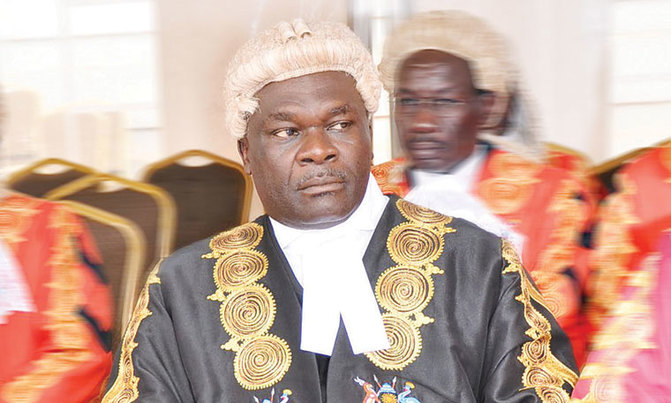 The majority of the HIV-positive persons are living in fear of the law and many choose not to disclose their status.

HIV/AIDS activists have asked the Government to review the HIV and AIDS Prevention and Control Act 2014, saying it is fuelling stigma and discrimination.

The activists, while speaking at the Philly Bongole Lutaaya memorial lecture, said the law has clauses in it that if left unchanged could undo the country’s gains in the fight against the disease.

Dora Musinguzi, the executive director of Uganda Network on Law and Ethics (UGANET), said clauses that criminalise HIV, especially intentional transmission are causing more harm because it’s scaring people away from testing, disclosing their status to the spouses or seeking treatment.

She pointed out clauses such as sections 41 and 43 which spell out punishments for attempted transmission of HIV and intentional transmission, respectively.

“We need to do everything it takes to repeal this law, especially the punishment for exposure to HIV/AIDS. We need to remove the criminalisation under the law because it is causing more harm,” Musinguzi said.

The activists said the majority of the HIV-positive persons are living in fear of the law and many choose not to disclose their status to their significant others for fear of prosecution. This, they said, has fuelled self-stigma.

Justice Alfonse Owiny-Dollo, in his keynote address as the guest speaker, agreed that the law needs to be amended if Uganda is to achieve its goal of ending the AIDS epidemic by 2030. His address was read by the Judiciary’s Chief Registrar, Sarah Langa.

Owiny-Dollo called on Parliament to enact and review laws that will improve the wellbeing of the society especially the people living with HIV.

“The HIV and AIDS Prevention and Control Act 2014 may need to be reviewed,” he said.

“Ending HIV requires enabling legal and social environments that guarantee the health, dignity and security of all people living with or at risk of HIV. This is the only way to ensure that all those in need of HIV prevention, treatment, care, and support have access to these services without fear of discrimination, exclusion or bias,” Owiny-Dollo said.

He said much as there are enabling laws on non-discrimination on the basis of one’s HIV status, the HIV-positive still face limitations when seeking justice. These include lengthy proceedings and an unfriendly court environment.

The lecture was held under the theme Access to HIV services during COVID-19 pandemic. It was held at the Office of the President auditorium and was notably attended by the late Lutaaya’s children, friends, activists, musicians living with HIV. The HIV prevalence is 6.2% amongst adults aged 15-64 years; 7.6% in women and 4.7% in men.

Tezra Lutaaya, a daughter of the deceased, said although her father championed the fight against the disease, stigma and discrimination against HIV-positive persons is still rife.

“I strongly believe that an end to HIV is in sight if we continue to fight stigma, make sure seamless information and access to all interventions are available and that we continue to have dialogue with the young people both infected and affected by HIV,” she said.

Esther Mbayo, the Minister for the Presidency, said if AIDS is to be ended by 2030, there is need to exhibit the spirit of Philly Lutaaya.

“We need to get out of our comfort zones, especially now that we are dealing with two pandemics — HIV and COVID-19. On an individual level, we need to test for HIV with our partners and together irrespective of the results, decide to prevent HIV,” she noted.

She called for deliberate efforts to reach those at most risk of getting infected with HIV in order to reduce the high HIV prevalence and towards ending stigma and discrimination.

Owiny-Dollo urged the Government to prioritise creating awareness, promoting advocacy that reaches the young people and all generations with messages on HIV and AIDS.