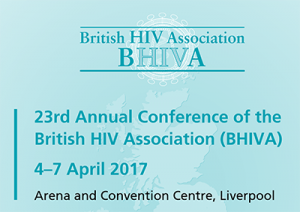 Tentative results presented in a poster at BHIVA 2017 suggest that a new approach to phylogenetic testing might have the potential to show the direction of HIV infection between two individuals.

While the results are exciting from a scientific perspective, if the approach proves to be robust, this will raise many ethical and legal questions.

Until now, phylogenetic analysis, where sections of two viruses are compared for similarity, has been able to show similarity but crucially not direct infection (a third person could be involved) or direction of infection. Phylogenetic analysis is most useful for showing when transmissions are definitely not linked, when the two strains are unrelated. When linkage is shown, direction of infection cannot be inferred nor the possibility that both infections originated from intermediary partners.

The current study, presented as a poster by Kate El Bouzidi and colleagues from Brighton and Sussex University Hospitals Trust, used whole genome sequencing (WGS) to look at genetic diversity at each of the >9000 individual nucleotide sites in two linked viruses, with heterogeneous samples being interpreted as being the source virus for the sample which had homogeneity at the same nucleotide site.

WGS performed on 170 samples from a UK MSM cohort identified five linked pairs and these were compared to four control pairs where linkage was already established and direction inferred from clinical notes.

The direction of travel was able to be inferred using WGS for 3/4 control pairs, with the single indeterminate result linked to a sample that was taken so long after transmission took place that natural divergence was too great to determine direction.

WGS-inferred direction was consistent with clinical data for 2/5 case pairs. The lack of a signal in two further case pairs with indeterminate was able to be interpreted as not supportive direct transmission, but missing intermediary partners from whom samples were not available.

This study is funded by both BHIVA and Public Health England as part of the COMPARE-HIV Study (Comparison of Molecular & Phylogenetic Approaches to Reconstruct an Epidemic of HIV), based at Brighton and Sussex University Hospitals NHS Trust.

The results are preliminary and clearly the timing of samples is likely to be important when interpreting the results from this approach.

WGS may improve our understanding of transmission networks at a population level but it cannot be used to confirm direct transmission at an individual level and sequence data should always be interpreted cautiously in conjunction with clinical information.

However, if the methodology is supported in larger analyses, the results will raise important ethical and legal concerns, especially in countries where HIV transmission is still criminalised.