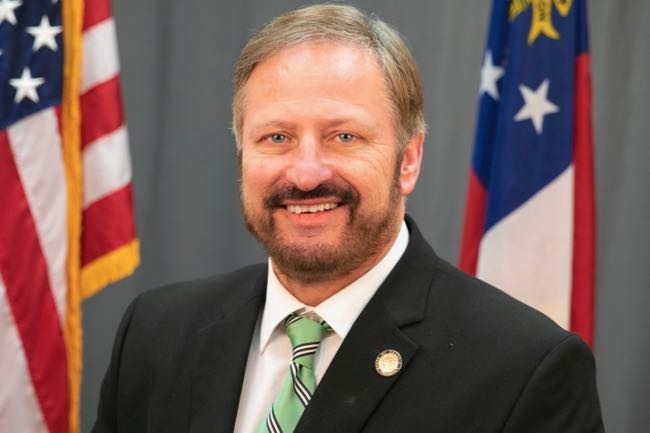 Sen. Chuck Hufstetler, a Republican from Rome, introduced Senate Bill 164 on Feb. 11. The measure would require prosecutors to show a person charged with exposing someone to HIV through sex had an “intent to transmit HIV” and posed a “significant risk of transmission” based on current science.

Current Georgia law makes it a crime for people living with HIV to have sex or donate blood without disclosing their status, regardless of whether they intend to transmit HIV or pose any risk. It’s a felony punishable by up to 10 years in prison. State law also criminalizes spitting at or using bodily fluids on law enforcement or corrections officers by a person living with HIV, an offense that can carry up to 20 years in prison.

Hufstetler’s bill removes criminal penalties for people living with HIV who share needles, donate blood or spit at or use bodily fluids on police and corrections officers. The proposal also changes state law to refer to people “living with HIV” instead of “an HIV infected person.”

HIV advocates and LGBTQ activists applaud the bill. They began working to change the state’s HIV criminalization laws as early as 2013.

“It is absolutely encouraging,” said Eric Paulk, deputy director of Georgia Equality. “It shows that the years of advocating around this issue are starting to pay off. Folks under the Gold Dome are understanding that these laws are born out of an era and time when evidence-based knowledge about HIV risk and transmission and treatment therapy were extremely limited. This is a huge move in the right direction.”

Georgia is one of some three-dozen states that criminalize a lack of HIV disclosure, whether or not the specific act actually exposed the sex partner to HIV. The legislation keeps intentional HIV exposure as a felony, but it lowers the maximum prison sentence from 10 years to five.

“Of the potential seven charges that someone living with HIV could face under the current statute, this would eliminate five of them,” Paulk said. “There will be a shift in the concept of exposure to intent to transmit, which would allow for significant improvement over what we currently have.”

Paulk said the continued bipartisan support for efforts to decriminalize HIV is encouraging.

“Folks are understanding that these laws are bad and harmful and that they don’t do the things they are intended to do, which is lower the number of transmissions that are happening,” he said.

Hufstetler’s bill was assigned to the Senate Judiciary Committee. Co-sponsors include Sen. Kay Kilpatrick, a Republican from Marietta, and Sens. Nan Orrock and Gloria Butler, both Democrats from Atlanta.

In 2019, Kilpatrick was the Senate sponsor of legislation creating a syringe services program to allow people who inject drugs to exchange used needles for clean ones. Such programs reduce the spread of HIV and hepatitis C, according to the Centers for Disease Control & Prevention. Gov. Brian Kemp signed that measure – House Bill 217 – into law.