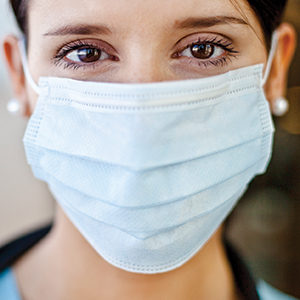 KENTUCKY (2/15/18) — A bill that would make it a felony to intentionally expose a law enforcement officer to bodily fluids or bodily waste was approved yesterday by the House Judiciary Committee.

Kentucky jailers and some other officials are protected against someone intentionally causing them to come into contact with bodily fluids and waste, but that “there’s a gap in the law that doesn’t protect our police officers,” said Rep. Stan Lee, R-Lexington, the sponsor of House Bill 193.

The legislation would carry stiffer penalties if the bodily fluids or waste carry—or could carry—a communicable disease, including hepatitis C virus or HIV. Both crimes would be considered felony assault under the proposal.

Fraternal Order of Police Bluegrass Lodge # 4 President Jason Rothermund told the committee creating a crime for intentionally forcing bodily fluids or waste onto a police or other law enforcement officer, with the increased penalty for communicable disease, will help prosecution of such acts. Current statutes for disorderly conduct and wanton endangerment are not adequate for prosecution, he said.

“We don’t want them (the officers) to have to go find some obscure charge,” said Rothermund, but instead want behavior specifically addressed in law.

Lee said he would be willing to consider floor amendments that would ratchet down some of the bill’s penalties to misdemeanors after some lawmakers, including Rep. Jason Nemes, R-Louisville, expressed concern with the felony provisions.

Nemes, who has a brother who is a peace officer, said he believes more protection is needed but that he believes the penalties proposed in HB 193 are too harsh.

Rep. McKenzie Cantrell, D-Louisville, had concerns that the scope of the bill is wider than it needs to be.

“Because there’s not a definition of what a communicable disease is and there’s no nexus between the exposure to the fluids and actual transmission of the disease, I’m going to have to vote no today,” she said.

Among those voting for the bill was Rep. Robert Benvenuti, R-Lexington, who said the risk of transmitting communicable disease through bodily fluids and waste is real and carries consequences.

“Clearly there should be a consequence to putting that officer in harm’s way and making that officer go through a battery of testing and unknown situations with their spouse, etc.,” he said.

HB 193 now goes to the full House for consideration.