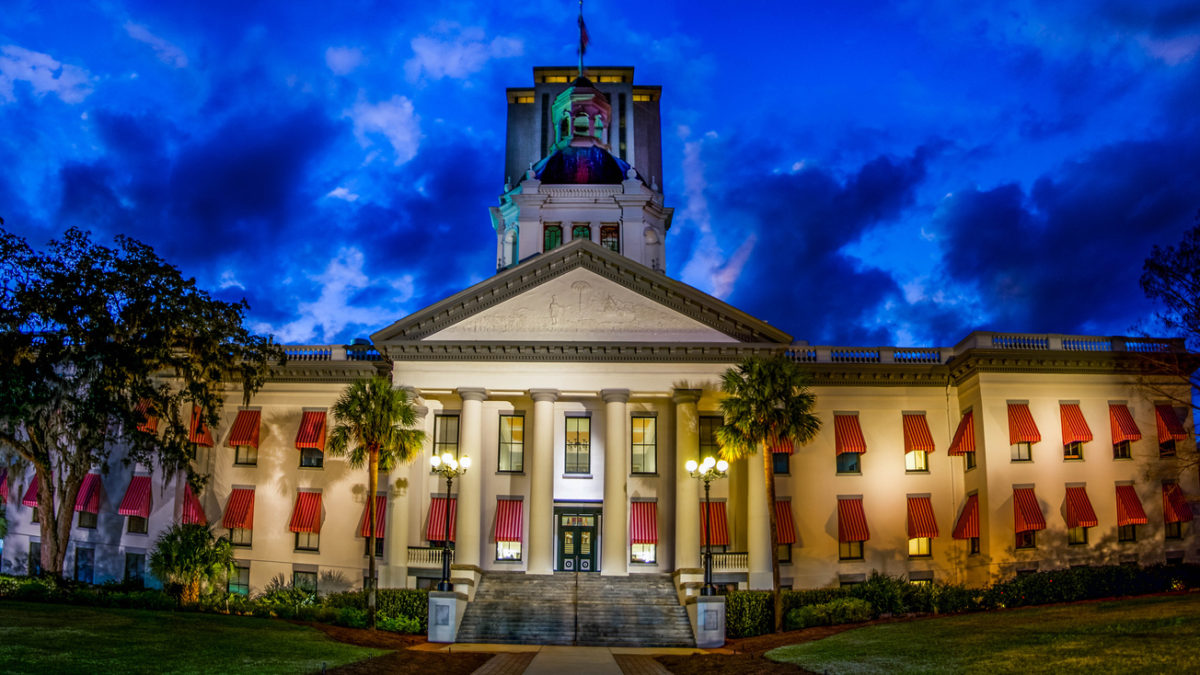 This should have been the headline at the end of the Florida legislative session in Tallahassee, which concluded on March 12. Instead, Florida lawmakers missed the opportunity to pass common-sense legislation for an easy bipartisan win that could benefit all Floridians. The HIV modernization bills sponsored by state Rep. Nick Duran and Sen. Jason Pizzo would have modernized Florida’s outdated HIV-specific laws written in the early ’80s, which do not reflect the scientific and social reality of HIV today. Florida is both the epicenter of the HIV epidemic in the United States and one of the states that continually sends people to prison for nondisclosure of HIV status. If we’re ever going to end the HIV epidemic in the U.S., we will have to end it in Florida. And we have to end HV criminalization in the state to achieve the goal of ending the epidemic.

The HIV prevention bills in the Florida House and Senate introduced this year were designed to align Florida’s outdated HIV laws with the current science of prevention and treatment. The new law would have required actual HIV transmission in order to convict—but it allows for exceptions “if he or she in good faith complies with a treatment regimen prescribed by his or her health care provider or with the behavioral recommendations of his or her health care provider or public health officials to limit the risk of transmission, or if he or she offers to comply with such behavioral recommendations, but such offer is rejected by the other person with whom he or she is engaging in sexual conduct.” It would also reduce harsh penalties (from a felony to a misdemeanor) for nondisclosure. Lastly, the bill would allow for organ donation between people of shared HIV status, which has been legal at the federal level since 2013.

While the bill did not advance this session, lawmakers did demonstrate resounding support for updating Florida’s law that makes it a felony for someone living with HIV to donate organs, tissue, blood, or plasma to someone else living with HIV. A provision to remove the felony and allow for such donations was added into a bill that unanimously passed the House and a bill that unanimously passed the Senate. Unfortunately, neither bill ultimately made it to the governor’s desk to be signed into law. According to a report by the Williams Institute, an average of 35 people are arrested in Florida every year for HIV-related offenses all across the state, but mainly in Central and North Florida.

The provision doesn’t just benefit people living with HIV by expanding their potential donor pool; when anyone receives an organ, everyone on the organ-donor waiting list benefits by being bumped up a spot. Last year, the national story of Nina Martinez and the first successful transplant of a kidney between two people of shared HIV status gave hope to those people who could benefit from the practice.

“Allowing patients with HIV to donate organs to people living with HIV who need them is just common sense,” said Howard Grossman, M.D., an HIV physician and researcher based in South Florida. “Organ donation already involves extensive screening, testing, and informed-consent protocols. What reason could rational people have to deny lifesaving therapy when it is readily available? Many states have already approved such procedures, with excellent results.”

But the states, including Florida, have more work to do. The Trump administration announced Ending the HIV Epidemic: A Plan for America in February, 2019. The end of HIV was mentioned again in the latest State of the Union address. The plan aims to reduce HIV transmissions by 90% by 2030. It allocates funding to the most impacted areas identified by the Centers for Disease Control and Prevention, including seven states, two cities, and 48 counties where at least 50% of people living with HIV in the U.S. currently reside, areas that have some of the highest diagnosis rates in the country. Most of those jurisdictions are in the southern states, and seven Florida counties have been identified as focus areas in the initiative (Broward, Duval, Hillsborough, Miami-Dade, Orange, Palm Beach, and Pinellas counties).

Fixing outdated criminalization laws must be part of the calculus when policymakers consider the range of social determinants of HIV. Without reforming laws that unjustly criminalize people based on their HIV status, we cannot end the epidemic. The American Medical Association has opposed HIV criminalization since 2014, when the organization published a statement calling for the modernization of laws as part of a public health response to the epidemic. Current Florida law criminalizes people living with HIV, working against public health policy by keeping people from seeking testing and treatment.

Florida saw broad, bipartisan support for HIV modernization last session, when House and Senate committees passed the HIV modernization bills, even though they ultimately did not pass the full chambers. We hope for broader HIV criminalization reform from the Florida Legislature. Last year, the Florida Infectious Disease Elimination Act (IDEA) was passed, expanding needle-exchange programs throughout the state. This law built on the success of a pilot project implemented by the University of Miami to help reduce HIV and hepatitis C transmissions, spearheaded by HIV advocate and professor Hansel Tookes, M.D., M.P.H.

The Florida HIV Justice Coalition represents just part of the worldwide HIV criminal reform movement, which has the support of major organizations and professional groups like the World Health Organization, American Medical Association, UNAIDS, and the Presidential Advisory Council on HIV/AIDS (PACHA).

There is no hyperbole in the claim that the current HIV modernization legislation will affect the lives of all Floridians. This session’s progress toward modernizing organ donation was an important step in the road to fully modernizing the HIV-specific laws of the state. Modernizing organ donation is long overdue, and its potential to save lives cannot be underestimated. The inclusion of people living with HIV as organ donors can also eliminate some of the undue stigma still prevalent in our state. That stigma underlies all of Florida’s outdated HIV laws.