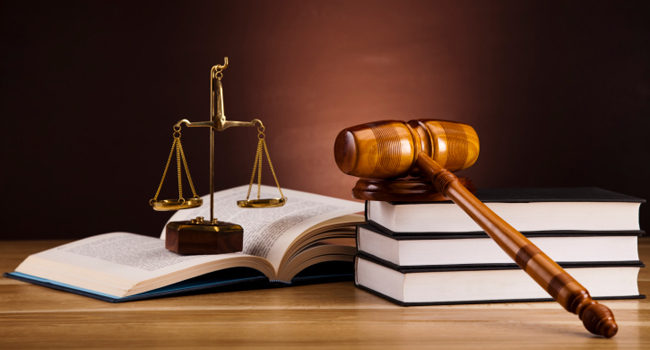 HIV Panic in Florida Is Turning Into a Health Catastrophe

The spread of HIV in Florida has outpaced any other state in the union, yet draconian laws turn getting tested into a risky legal gamble. Now a new initiative launched by Equality Florida aims to combat the virus through education, and maybe an update in the state’s legal statutes.

The HIV Advocacy Project hopes to better educate residents about the truth of living with HIV today­ — information Equality Florida hopes will convince lawmakers to update regulations that effectively expose individuals to criminal prosecution once their HIV status is known to them.

Alejandro Acosta is the coordinator for the project. He’s known his poz status for a while now. How long? He won’t say, in part because of the hefty risks that come with such disclosures in Florida. “I hesitate,” Acosta says, “because of how people can use that information.”

People living with HIV in the state can face up to 30 years in prison for failing to disclose their status to a consensual partner prior to any sexual contact, even if transmission is not possible. That means prosecutors can pursue convictions whether a partner contracts the virus or not, and whether or not the HIV-positive person uses a condom or has an undetectable viral load and cannot transmit the virus.

Three years ago a Palm Beach, Fla., prosecutor arrested one man and sought 10 separate charges for his alleged failure to disclose his status to one girlfriend. The prosecutor then went to the press, asking other members of the public to come forward if they’d had sex with the defendant in the previous eight years. Stories like that, Acosta says, do little to encourage people to get tested, since knowing one’s status is an essential element in the statute. That’s particularly troubling as Florida continues to see so many new transmissions, and those could just be the tip of the iceberg.

In 2016 alone, 4,972 people were newly diagnosed with HIV in Florida (more than any other state). Gay and bisexual men in Florida continue to live with a higher risk of transmission, as do trans women of color. Youth under 25, according to the Florida Department of Health, represented 16 percent of all new HIV infections in 2014.  And Equality Florida estimates that over 20,000 people in the state are already HIV-positive but just don’t know it yet.

Hannah Willard, senior policy director for Equality Florida, says it’s important to acknowledge that HIV has “never stopped being an LGBTQ issue,” but it’s also “an issue of racial and economic injustice.” That’s one reason the Florida HIV Justice Coalition involves groups like Equality Florida and The Sero Project in collaboration with the Southern Poverty Law Center and the ACLU.

Florida’s HIV criminalization laws date back to the 1990 passage of the Ryan White Comprehensive AIDS Resources Emergency Act (or CARE Act); the federal law required states to criminalize deliberate transmission of disease. This was seven years before antiretroviral drugs turned HIV from a deadly disease to a manageable chronic condition and 17 years before the government officially announced that HIV-positive folks with undetectable viral loads could not transmit HIV. (That federal requirement has since been dropped from Ryan White.)

In 1997, Florida legislators added HIV to a list of diseases that were criminal not to disclose. That list also included other STIs like gonorrhea, herpes, and syphilis. The law provides confidentiality to those reporting a violation — a stipulation that activists say leaves room for misuse or abuse. A California study by the Williams Institute found that prosecutors disproportionately applied a similar law there to sex workers.

“We don’t yet know how these statutes are being used by law enforcement,” in Florida, Willard says, while noting some anecdotal evidence about reports motivated by revenge.

Acosta says poz individuals in the state fear a scorned lover could claim they weren’t told of their partner’s HIV status. Social stigma immediately taints those who are accused once allegations are made public, even if there’s no evidence that they failed to disclose their status. In a 2009 case, a woman faced prosecution based on multiple long-term relationships and was hit with separate charges for each individual sexual encounter.

Now two decades old, the Florida disclosure law hasn’t been updated, and therefore ignores conclusive evidence that those with HIV who are virally suppressed to undetectable levels are no longer at risk of transmitting HIV to sexual partners.

Acosta says there are significant repercussions to the way the law discourages people from finding out if they have HIV. He grew up in Puerto Rico and says two people he knew there died from HIV-related illnesses last year.

“Nobody should be dying of HIV these days,” he says. Proper and timely treatment can prevent HIV from entering the final, often terminal, stage of the disease (also known as AIDS).

But it still happens, particularly when people don’t realize they are HIV-positive until they are physically ill. That’s a failure in testing. Others have known they were HIV-positive but never realized it can be managed as a chronic condition. That’s an issue with education, and Acosta says a big part of his job will be making sure the public knows how to control transmission through proper health care.

“[I] worry about bad policy that makes access to treatment harder, discourages people from learning their status, or creates laws that are outdated and based on fear and stigma, not science,” Acosta says.

Willard is optimistic that policy opinions across the state’s political spectrum are beginning to change through effective lobbying. She notes a bill that would have changed the law to apply only when there was a “substantial risk of transmission” won a unanimous vote in the state Senate’s Criminal Justice Committee, but died before a full Senate vote. Still, it proved strong bipartisan support could be rallied. Willard says, “I’m very optimistic and see forward movement in 2018.”

Stopping HIV transmission in Florida also requires fighting social stigma. In a state with a large Latin immigrant population, that means challenging a number of prejudices: “You have a huge number of Haitians, Jamaicans, Salvadorans with different cultural, religious, and machismo issues,” Acosta says.

The impact hurricanes Irma and Maria will have on HIV prevention and treatment in Florida and Puerto Rico aren’t yet known, but will likely linger for years. Advocates like Acosta know their complex jobs are made more difficult by laws that put people in legal crosshairs for failing to disclose their HIV-positive status — unless they don’t know they are poz.

“It goes against every policy for public health because it incentivizes not getting tested,” Acosta says.