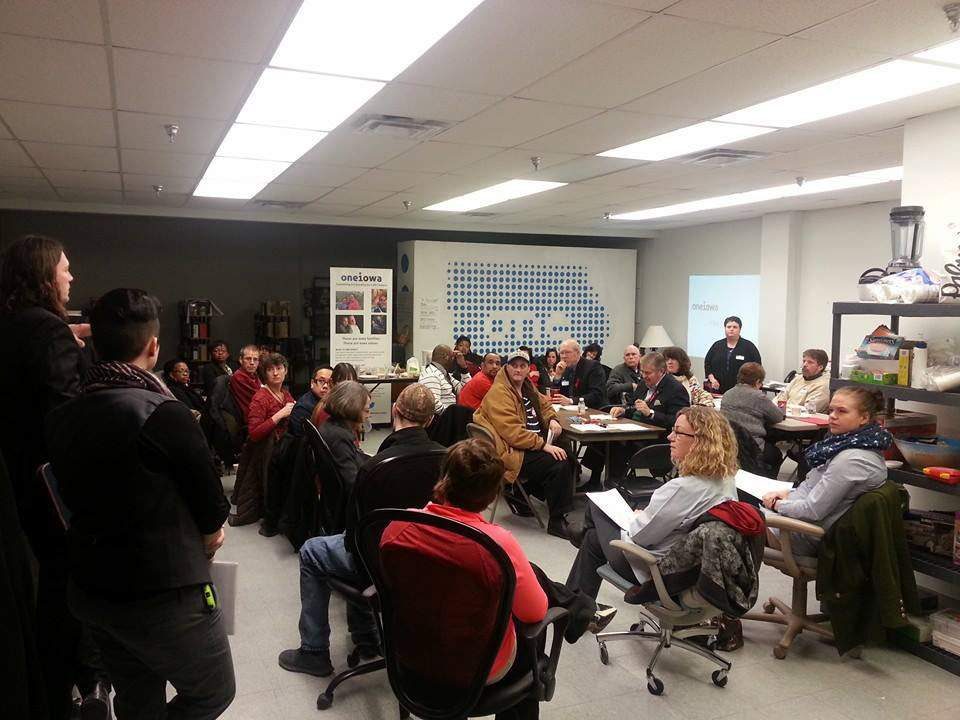 If Gov. Terry Branstad signs Senate File 2297 on Friday as planned, Iowa will become the first state in the country to repeal and replace its criminal transmission of HIV law, activists say.

The law being reformed had been on the books since 1998. A broad coalition of groups, led by the Community HIV and Hepatitis Advocates of Iowa Network (CHAIN), has been working for the past five years to modernize it.

Advocates said the new law better reflects advances in science, medicine and understanding of how HIV is transmitted.

Until now, Iowa has had one of the harshest HIV transmission laws in the country. Under the 1998 law, persons with HIV could face 25 years in prison and inclusion on the sex offender registry if they could not prove they disclosed their status to a sexual partner — even if no transmission occurred and precautions such as condoms were used.

Under the new law, there is a tiered penalty system, which takes into account whether a person took precautions, whether transmission of HIV actually occurred and whether or not the person intended to transmit HIV.

The new law also adds other infectious diseases to the bill such as hepatitis, tuberculosis and meningococcal disease, which causes meningitis — so the law is no longer HIV-specific.

Finally, it removes the requirement those convicted register as sex offenders, and it will allow people convicted under the old law to be expunged from the registry.

Both the Iowa House and Senate unanimously approved the bill this year, a stark contrast to the four previous years, when similar bills languished in the legislature.

“You have to be in it for the long haul. It’s not an easy process,” CHAIN community organizer Tami Haught said of the group’s lobbying efforts. “We’re still dealing with a lot of the stigma that was around in the ’80s.”

She said when activists set out to change the law five years ago, they hoped to simply see the criminalization law repealed. But that wasn’t palatable to some lawmakers and county prosecutors, who said they still wanted to hold people with HIV accountable for protecting their sexual partners.

Finding ways to compromise was key to getting the sweeping bipartisan support needed, Haught said. Other tactics included meeting frequently with lawmakers, engaging in community education and gathering as many organizations to voice their support as possible.

CHAIN partnered with groups ranging from the Iowa Attorney General’s Office and the Iowa Department of Health to the League of Women Voters, the Family Planning Council and the Interfaith Alliance.

“We were up at the capitol almost every day it was in session talking with legislators. and that’s what needed to happen,” Haught said. “In 2014, maybe there was only one legislator who was not familiar with the law. When we started, a majority of legislators didn’t even know the law existed.”

CHAIN’s tactics will be on display next week. The changes to Iowa’s law made national news, and activists hope to replicate those efforts in other states.

National group the Sero Project, founded by Iowa City native Sean Strub, is organizing a conference, HIV Is Not a Crime, to be held in Grinnell starting on Monday of next week.

Numerous laws similar to Iowa’s were passed in different parts of the country in the late 1990s in the wake of a high profile 1996 incident in New York. In that case, a man was charged with intentionally infecting 13 women and girls with HIV.

Additional pressure came from the federal government, which at the time required states to have an HIV transmission law on the books to access federal funding for HIV prevention and treatment through the Ryan White Comprehensive AIDS Resources Emergency (CARE) Act.

Today, there are 34 states with a HIV-specific criminalization on the books. Only two had harsher penalties than Iowa. Now, Iowa has become a model for how change could happen elsewhere.

When they started work on the conference, organizers were hoping for perhaps 50 people to attend. As of earlier this week, more than 170 activists from across the United States and four other countries have signed up to spend June 2 through 5 to learn and share lobbying and education techniques related to HIV transmission decriminalization.

“We wanted to bring advocates to one place and give them the tools to go home and try to modernize the laws,” Haught said.

Foremost of those tools should be a willingness for people living with HIV to share their own stories, she said.

“We need to speak up and show we are your neighbors, your friends, your family members,” she said. “Sharing our stories had a great impact on legislators.”

Some of those who has shared their stories include Iowans convicted under the 1998 law. One of those is Donald Bogardus, 43, of Waterloo.

GETTING HIS LIFE BACK

Bogardus was convicted under the old law after authorities said he had unprotected sex with a man three times in 2009.

The man didn’t contract HIV. Bogardus had an undetectable viral load, which means the virus could not be detected in his blood.

People with an undetectable viral load have almost no chance of transmitting the virus. The new law takes that into consideration when sentencing — the old law did not.

He spent two months in prison — he was facing 25 years — before receiving a suspended sentence in February, with two to five years of probation. He also had to register as a sex offender, which meant he lost his job as a certified nursing assistant at Country View, a Black Hawk County-owned nursing and mental health care center.

Now that his name will be taken off the registry, effective July 1, he’s hopeful he will be able to return to his old job.

“It has lifted a burden off of me. I’m just being able to get my life back,” he told The Gazette. “I felt like I was in a big cage, and now I feel some relief.”

He also believes the changed law will encourage more people to get tested in the first place because, under the old law, the only defense was not knowing you were HIV positive. The new law also encourages behavior public health officials are pushing, Haught said.

“Now we are incentivizing doing the right thing. If you are taking your medication and using protection, you can’t be prosecuted,” she said.

She said she wants HIV to be treated just as any other communicable disease.

“We’re hoping this will help reduce the stigma associated with being HIV positive and encourage testing and treatment,” she said.