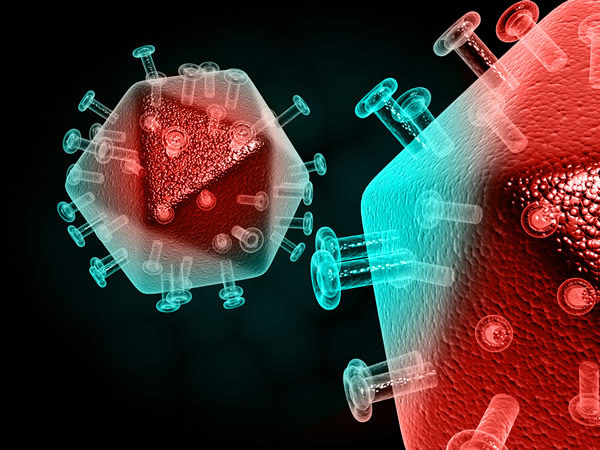 Should we punish the sick?

Would you consider calling the police if a coworker showed up at work one day with the flu? As absurd as that may sound, recent developments suggest that the notion of punishing people who are ill is becoming more entrenched and pervasive in American society.

Although new laws have cropped up in several states targeting diseases as diverse as meningitis and hepatitis, no disease is more widely criminalized than HIV. This year, on World AIDS Day (observed annually on Dec. 1), many advocates and public health organizations will be celebrating the dramatic advances in decreasing the number of new infections made possible by successful treatment and prevention.

In major urban cities around the globe — including London, Sydney and San Francisco — health departments are implementing powerful new tools to stop HIV transmission that are working. These include pre-exposure prophylaxis, or PrEP, which can greatly reduce the risk of infection when taken daily. In addition, it has come to light that treating HIV with antiretroviral medications help prevent its spread by rendering people living with HIV virtually noninfectious.

But while these advances are certainly promising, they do not tell the whole story.

The problem is that laws written in response to the AIDS epidemic remain stuck in 1985. HIV-specific criminal laws passed in the 1980s and 1990s at the height of America’s AIDS scare remain on the books. Law enforcement and prosecutors continue to vigorously enforce them, despite their lack of medical knowledge and sometimes without any legal justification. These moves are simply reactionary, based on stigmatizing views of HIV that unfairly punish innocent individuals.

Many HIV-related statutes make it a crime for people living with HIV to engage in a wide range of behaviors without first disclosing their HIV status—regardless of whether HIV could have been plausibly transmitted through their actions. Sometimes mistakenly referred to as “HIV transmission laws,” they make no mention of transmitting the disease or even putting a partner at risk of infection. For example, in Michigan, the law criminalizes any “sexual penetration” without disclosing one’s status—an overly broad formulation that includes many behaviors that cannot transmit HIV. Most HIV-specific state laws are felonies with harsh penalties, ranging from several years to life in prison.

Some states have laws so broadly written that they can be also used to punish a range of harmless nonsexual behaviors. In Tennessee, for example prosecutors regularly charge people living with HIV who spit at or bite police officers.

To that point, a recent report coauthored by the Centers for Disease Control (CDC) and the Department of Justice found that 25 states criminalize one or more behaviors that pose a low or negligible risk for HIV transmission, such as biting or spitting.

Michigan’s law is so badly written that one creative prosecutor used it to convict a woman for giving a lap dance in 2009. A detective explained the incident to the court with a graphic depiction of the woman’s genitals touching the man’s nose. That no one has ever contracted HIV via nasal contact mattered little under Michigan’s questionable (to say the least) law.

In a dozen cases reviewed during research for my book, “Punishing Disease,” accusers falsely claimed that it would take many years to know if a defendant had infected them. But most conventional HIV tests have only a three-to-six month “window” after exposure before patients can receive definitive test results. Court testimony in many cases almost invariably came long after that time period had elapsed.

These inaccurate suppositions directly impact sentencing. In a 2004 case in Davidson County, Tenn., the accuser claimed she wouldn’t know whether the defendant infected her for 10 years. The judge accepted her ignorant claim, ordering the defendant to serve 10 years’ probation and to pay for the woman to be tested for HIV for the next 10 years.

While HIV was originally the singular target of such laws, legislators seeking to “modernize” these laws have begun broadening their scope to include additional diseases such as meningitis and hepatitis – suggesting that the criminalization of sickness is contagious.

Punishment is the wrong approach to infectious disease control. The war on drug’s failure to contain drug addiction should warn us to the pitfalls of punitive approaches to controlling medical problems. Blame and shame are not the tools to protect us from disease; they are instead the fuel that drives epidemics.

Trevor Hoppe, Ph.D. is the author of ‘Punishing Disease: HIV and the Criminalization of Sickness’ and co-editor of ‘The War on Sex.’ He is currently assistant professor of sociology at University at Albany (SUNY).