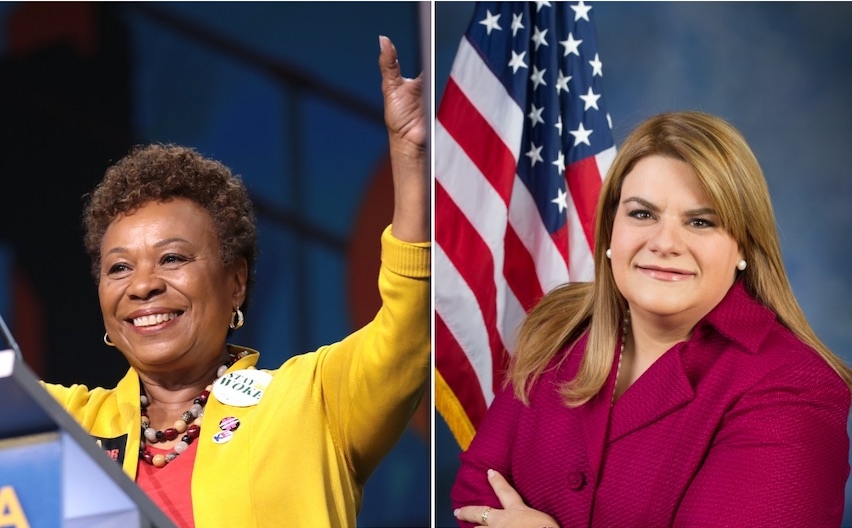 The co-chairs of the Congressional HIV/AIDS Caucus have introduced a bill to modernize laws regarding HIV and eliminate discrimination against people living with the virus by repealing state laws that criminalize them based on the perceived “risk” they pose to others.

The REPEAL Act, introduced by Congresswomen Barbara Lee (D-Calif.) and Jenniffer González Colón (R-Puerto Rico), comes as the public’s understanding of HIV and how it is transmitted — with the threat of transmission nearly eliminated if a person regularly takes antiretroviral drugs to maintain an “undetectable” viral load — has changed since the virus was first discovered almost 40 years ago.

Currently, 32 states and two U.S. territories have criminal statutes or laws based on perceived exposure to HIV, not taking into account the manageability of the health condition, or the reduced death rate that comes from compliance with antiretroviral medication.

Punishments for exposing another person to the virus, even if the chance of transmission is extremely low, include decades-long sentences and may even require HIV-positive individuals to register as “sex offenders.”

“Nearly 1.2 million people are living with HIV in the United States today,” Lee said in a statement. “Yet, our laws and policies continue to criminalize HIV/AIDS and discourage testing for those most at risk by legitimizing stigma and discrimination. It is past time that we repeal these harmful and discriminatory laws and instead focus our efforts on promoting public health equity and public awareness. We cannot achieve our shared goal of an AIDS-free generation while these laws are on the books.”

For years, activists have complained about such laws, arguing that imposing criminal penalties for alleged HIV exposure discourage people, particularly poorer and less medically-literate people, from getting tested and seeking treatment, thereby posing a higher risk of transmission than a person who knows they are HIV-positive and is in treatment.

They also note that such statutes are often used to target individuals living with HIV and push them to the margins, even when the alleged behavior poses no risk of HIV. For example, a protester against police brutality who is HIV-positive and is merely alleged to have spit at an officer (even though saliva is not one of the four bodily fluids that facilitate transmission of HIV) could be prosecuted in an attempt to silence their criticisms of the criminal justice system.

The REPEAL Act would create incentives and support for states to reform their existing laws that criminalize people with HIV or mandate felony charges for behavior that is otherwise legal or that poses no measurable risk of HIV transmission. The bill also directs the Departments of Justice and Health and Human Services to review federal and state laws (including military policies) that criminalize people living with HIV and release guidance and best practice recommendations for states, and track the progress of laws to repeal outdated laws imposing penalties for alleged HIV exposure.

“Over the past year, Puerto Rico has reported 11,272 cases of HIV; an average of 2 new cases daily,” González Colón said in a statement. “As lawmakers, we not only have to create awareness surrounding HIV/AIDS but we also have an opportunity to advance legislation and allocate resources that will help individuals lead better lives. The REPEAL Act eliminates outdated and harmful consequences of dangerous and stigmatizing state laws that criminalize people living with HIV.”

NMAC, the national organization focused on combating health disparities for minorities as they pertain to the HIV epidemic, is backing the REPEAL Act, and praised the co-chairs for introducing the bill.

“The REPEAL Act will advance efforts to finally modernize laws surrounding those living with HIV/AIDS and, if enacted, will afford those Americans the right to privacy,” Paul Kawata, the executive director for NMAC, said in a statement. “We know that disclosure laws are rooted in an old model aimed towards punishing HIV-positive Americans. Those same laws create tremendous barriers for Americans living with HIV, including those serving in our Armed Forces. More importantly, these laws deter self-reliance health practices, which we know is the most effective way of stopping the spread of HIV.”

“This legislation is critically important and long overdue,” Joe Huang-Racalto, NMAC’s director of government relations and public policy, added. “No other medical diagnosis has a criminal element associated with it. Singling out HIV and prosecuting Americans living with HIV is morally wrong and terribly misguided. As we move towards ending the epidemic by 2030, we must continue to eliminate punitive laws and the stigma associated with HIV/AIDS — an important step in that process is to pass the REPEAL Act.”