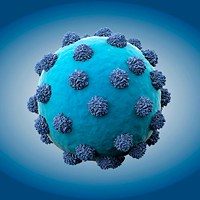 Transmitting HIV Is a Crime in Most States. Is HCV Next?

Back when AIDS was dominating the news, 33 states passed laws making it illegal for HIV-infected people to have sex without their partner’s knowledge of the individual’s HIV status. Such laws were based on the idea that their bodily fluids constitute a deadly weapon.

Efforts to repeal or reform these laws have been gaining momentum in recent years, now that HIV infection is no longer considered a fatal disease. But in a surprising twist, some states are now broadening the scope of criminalization laws to include viral hepatitis and other infections, leaving some physicians dismayed and advocates deeply divided on the best path toward reform.

One of those states is Iowa, which in 2014 became one of the first states to repeal and replace its HIV criminalization law. However, the revised law now includes viral hepatitis, tuberculosis, and meningitis.

Earlier this year, South Dakota lawmakers considered a bill that would have created a hepatitis C-specific statute in addition to the state’s existing HIV criminal law.

“Fortunately, this portion of the [South Dakota] bill failed, but I wouldn’t be surprised if we see more efforts of this kind, especially in states that are being hard hit by the opioid crisis,” says Kate Boulton, JD, MPH, and staff attorney at The Center for HIV Law & Policy.

In addition to the 33 states with HIV criminalization laws, at least 12 states now have criminal laws specific to hepatitis, Boulton said. The laws vary, with some directly tracking HIV exposure and others limited to interactions with police or prison staff.

Such laws also raise the possibility that physicians will be forced to testify against their patients.

It’s not hypothetical. In 2014, Wendy Armstrong, an HIV specialist in Atlanta, was served a subpoena to testify against her own patient. The patient, who she refers to as ‘Paul’ to protect his privacy, was accused of misleading a former sexual partner about his HIV status — a criminal offense in Georgia punishable by up to 10 years in prison.

Armstrong reluctantly testified, confirming that Paul had been aware of his status for a decade. Although Paul claimed he was honest with his partner, who was never infected, he was found guilty. Later, the prosecutor congratulated Armstrong for helping to put a “scumbag” in jail.

That might mean uncomfortable conversations with patients about the jail-time implications of sharing needles or having sex without first disclosing infection status — conversations that might make it even harder to build trust in the physician’s office.

What Happened In Iowa

Iowa’s HIV criminalization law from the 1990s had especially harsh penalties. One man was sentenced to 25 years in prison for theoretically exposing his partner to HIV, despite the fact that he had an undetectable viral load and had used a condom.

By 2010, advocates in Iowa felt the time was right to push for reform, but initially struggled to identify a platform that would be palatable to the state’s conservative lawmakers. The head of Iowa’s Department of Public Health at the time, a Republican and an ophthalmologist named Mariannette Miller-Meeks, MD, supported modernization. Working for her was Randy Mayer, head of the department’s Bureau of HIV, STD, and Hepatitis, who put together a fact sheet with several recommendations.

In his fact sheet, Mayer suggested a more moderate punitive system that reserved harsher punishment only for those who intend to infect others. Mayer’s fact sheet also zeroed in on the idea that focusing on HIV enhances stigma, and suggested that a reformed law could include other infections as well.

Those suggestions ultimately became part of a controversial law passed in 2014.

“I understand about why people were upset about that [because] none of us want the statutes even for HIV,” Mayer says, but “we also felt that repeal wasn’t a reasonable option, so we made this awful choice.”

Although counterintuitive, Iowa’s new, more comprehensive law may result in fewer prosecutions overall because it’s more difficult to prove someone intended to infect another person, says Allison Nichol, Legal and Policy Counsel at The SERO Project. Ultimately, some reform in Iowa was better than none, Nichol argues.

Not all advocates agree.

“I think it’s problematic,” says Boulton. “We don’t want to be pursuing a reform strategy that relies on naming and criminalizing other health conditions.”

“While I am entirely in favor of modernizing HIV criminalization laws, it needs to be done correctly,” says Armstrong. “The wrong answer is to broaden the scope of the law to include other diseases…. I personally think it’s a very dangerous direction to go.”

Viral Hepatitis On The Rise

The United States is home to 3.2 million people living with hepatitis C, which kills more people every year than HIV, tuberculosis, and 58 other infectious diseases combined. Acute cases of hepatitis C have more than doubled since 2010, fueled by the opioid addiction crisis.

At least 12 states now criminalize viral hepatitis, meaning gastroenterologists and other clinicians could be compelled to testify against their own patients — though none of the sources interviewed for this story were aware of this happening.

Among states that now criminalize hepatitis, some, such as Tennessee and Mississippi, passed laws that track with existing HIV criminalization laws, says Boulton. Other states, such as Georgia, Pennsylvania and Missouri, passed stand-alone laws that only apply to interactions with police or corrections officers.

“It’s obviously a concern to see that this is being applied to an infection like hepatitis C,” especially because hepatitis C is now curable, says Raymond Chung, MD, Director of Hepatology and the Liver Center at Boston’s Massachusetts General Hospital. “The real crime, if you will, is that we haven’t been able to detect and refer to care and get into treatment each person who has hepatitis C.”

Because of the high rate of hepatitis C in prisons and its association with injection drug use, patients with hepatitis C are arguably even more marginalized than those with HIV, says Paukstis.

Armstrong estimates that about one-third of her colleagues who treat HIV infection are aware of criminalization laws, and medical associations such as the HIV Medicine Association (HIVMA) and the Infectious Disease Society of America (IDSA) continue to spread awareness of HIV criminalization by publishing position papers on this issue.

Meanwhile, the majority of gastroenterologists and liver disease doctors would be “quite shocked” to learn that some states criminalize hepatitis C, said Reau. The American Association for the Study of Liver Diseases (AASLD), does not have an official stance on this issue. Even in Iowa, where the 2014 reform was highly publicized, many physicians may not know about new restrictions.

“I think few HCV clinicians in Iowa are aware or the revised law regarding criminalization of hepatitis C transmission,” says Michael Ohl, MD, an infectious disease specialist at the University of Iowa. “My sense is that this conversation does not often come up with patients.”

“Any doctors who are treating hep C patients [should] be concerned,” says Paukstis. “There’s no scientific basis for these laws, and it’s something that can be used to discriminate and punish their patients.”

“I think it would be helpful for as many people involved in infectious disease and infection control be aware so they can counter ill advised laws from being enacted,” says Michael S. Saag, MD, past president of HIVMA and director of AIDS Research at the University of Alabama at Birmingham.

“In this way, they could also pivot the desire from legislators to ‘do something’ to having them do something that’s much more positive and effective,” Saag says.

When asked how these new laws might impact the doctor-patient relationship, Saag said the laws “could place the provider in conflict with the interest of patients.” But Saag, who treats patients with HIV and has known about HIV-specific criminalization laws for years, says the law should never get in the way of delivering good care.

“I never think about that when I’m taking care of a patient,” Saag says. “I’m always advocating for their best interest, and that means controlling the infection.”