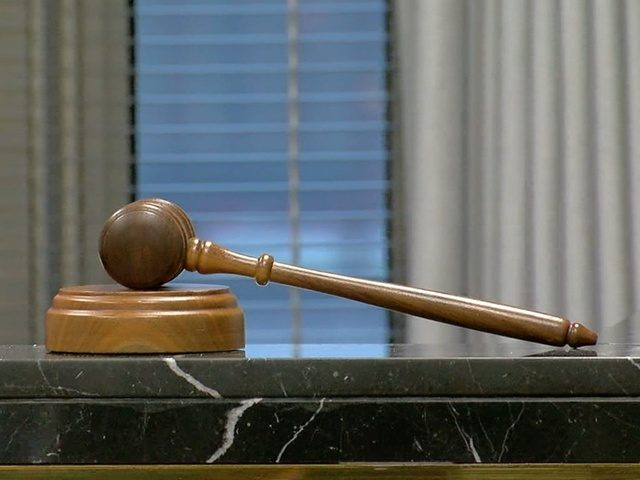 The Supreme Court today unanimously upheld the constitutionality of R.C. 2903.11(B)(1), Ohio’s HIV-disclosure statute, which makes it a crime for a person who has tested positive for HIV to knowingly engage in sexual conduct with another without disclosing that information, concluding that it does not violate either the free speech provision of the First Amendment or the Equal Protection Clauses of the United States or Ohio Constitutions.

In a majority opinion authored by Justice Terrence O’Donnell, the Court concluded that because R.C. 2903.11(B)(1) regulates conduct, not speech, it does not violate the First Amendment, and because it is rationally related to the state’s legitimate interest in preventing the transmission of HIV to sexual partners who may not be aware of the risk, it does not violate equal protection.

In a concurring opinion, Justice R. Patrick DeWine wrote that the law regulates speech as well as conduct. The concurrence found, however, that the law constitutionally regulates speech because it is narrowly tailored to achieve a compelling governmental interest and is the least-restrictive way of doing so. Justice DeWine’s concurrence was joined by Justices Sharon L. Kennedy and Judith L. French.

Batista Indicted for Violating R.C. 2903.11(B)(1) In 2001, while Orlando Batista was incarcerated on an unrelated charge, the Ohio Department of Rehabilitation and Correction tested him for HIV and informed him that he was positive for the disease. After his release, he began a relationship with a woman identified in court documents as R.S. and engaged in intercourse with her without disclosing his HIV positive status to her prior to engaging in that conduct. Two months later, R.S. learned of Batista’s HIV positive status. When R.S. confronted him about it, he acknowledged he had tested positive for the virus and told her he had been infected since he was a teenager. In a subsequent interview with police, Batista admitted to having intercourse with R.S. without telling her he was HIV positive.

A grand jury indicted Batista for violating R.C. 2903.11(B)(1). He moved to dismiss the indictment, arguing the law violated the First Amendment right to free speech and the Equal Protection Clauses of both the United States and Ohio Constitutions. The trial court denied the motion, and Batista subsequently pleaded no contest to the charge. The trial court found him guilty and sentenced him to eight years in prison.

The First District Court of Appeals affirmed the conviction, concluding the statute did not violate the First Amendment or the Equal Protection Clauses of the United States and Ohio Constitutions. Batista appealed to the Supreme Court, which agreed to hear the case.

Statute Regulates Conduct, Not Speech Justice Terrence O’Donnell, writing for the majority, explained that the First Amendment does not prohibit statutes that regulate conduct from imposing incidental burdens on speech.

The Court noted that the Missouri and Illinois supreme courts have held that statutes similar to R.C. 2903.11(B)(1) did not regulate speech and therefore did not violate the First Amendment.

Referencing those decisions, the majority concluded that “[a]lthough R.C. 2903.11(B)(1) requires those who know they are HIV positive to disclose their status if they choose to engage in sexual conduct with another person, the disclosure is incidental to the statute’s regulation of the targeted conduct. Thus, this statute regulates conduct, not speech, and therefore does not violate the First Amendment right to free speech.”

Statute Does Not Violate Right to Equal Protection Justice O’Donnell pointed out that R.C. 2903.11(B)(1)’s treatment of individuals with knowledge of their HIV-positive status who fail to disclose that status to a sexual partner furthers the state’s interest in “curbing HIV transmission to individuals who may not be aware of the risk,” and concluded that the statute does not violate equal protection because “there is some conceivable basis to support the legislative arrangement.”

He further explained that “the existence of other sexually transmitted diseases that may have serious public health and safety consequences does not eliminate the rational relationship between the classification here—individuals with knowledge of their HIV-positive status who fail to disclose that status to sexual partners—and the goal of curbing HIV transmission.”

The majority opinion concluded “that there have been advancements in the treatment of individuals with HIV that may have reduced the transmission and mortality rates associated with the disease. However, we cannot say that there is no plausible policy reason for the classification or that the relationship between the classification and the policy goal renders it arbitrary or irrational.”

Concurrence Finds Speech Regulation Justice DeWine wrote that he agrees with the majority that Batista’s rights were not violated, but reaches that conclusion “by a different path.”

“The statute plainly regulates both conduct and speech: one who tests positive for the human immunodeficiency virus (‘HIV’) must tell his partner that he is HIV positive before engaging in sex. When the government tells someone what he must say, it is regulating speech,” he wrote.

Justice DeWine explained that any law compelling content-based speech must pass the U.S. Supreme Court’s “strict scrutiny” test, which requires that a speech regulation be narrowly tailored to achieve a compelling government interest and use the least restrictive means to achieve it.

The concurrence stated that Ohio has an interest in limiting the spread of HIV and an interest in ensuring informed consent to sexual relations. The opinion noted that Batista essentially argued that because of the advancements of treatment, the health risks for HIV “are not really all that bad.”

“But the question is who gets to evaluate that risk: should the HIV-positive individual get to assess that risk for his sexual partner or should the partner get to make her own decision. Fair to say that most—if not all—people would insist on the right to make that decision for themselves,” the opinion stated.

The concurrence concluded that protecting public health and ensuring informed consent are compelling government interests, and that the law uses the least restrictive limit on speech by only requiring HIV-positive individuals to disclose their status to their sexual partners.

“I cannot fathom—and Batista has not advanced—any less restrictive or more narrowly tailored means that could have been employed by the government to achieve its interests here,” Justice DeWine wrote.