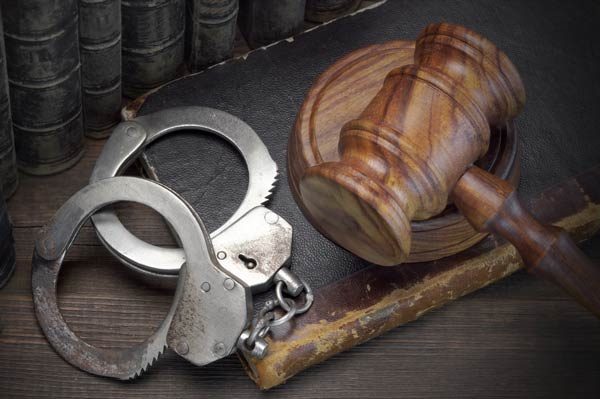 On Sept. 11, 2017, California lawmakers passed SB 239. As reported previously, the bill reduces HIV transmission from a felony to a misdemeanor. This means that people who are convicted will face no more than six months in jail rather than years in prison. The bill also eliminates several HIV-specific criminal laws that carry severe penalties, even for activities that do not risk exposure to HIV. SB 239 now awaits Governor Brown’s signature, the final step before becoming law.

For Nestor Rogel, a California activist living with HIV, the bill’s passage brings a sense of freedom. Rogel, who was born HIV positive, has always had to take numerous precautions to document his disclosure in order to avoid potential prosecution. Not only does the bill bring a sense of personal relief, but he’s hoping for broader changes in societal attitudes. “Decriminalization is a good step to destigmatization,” he told TheBody.com. “California is used as a model for so many things. I’m hoping that other states will take California as a model in this, as well.”

In 2013, fewer than 30 people were diagnosed in Idaho, ranking the state 45th in the nation for HIV cases. That’s fewer than the number of state HIV criminalization prosecutions since its nondisclosure laws were enacted in 1988. It should be noted that, in Idaho, actual transmission is not required for prosecution.

In 2016, after attending the HIV Is Not a Crime conference, Kevin Lish of All Under One Roof LGBT Advocates of Southern Idaho began pulling together a statewide coalition to modernize laws and address the harsh penalties in the state’s HIV-specific codes. “We need laws that encourage people to be tested, know their status and have honest conversations with potential partners so that we can start curbing the number of new cases in Idaho,” he told A&U Magazine.

Ten Massachusetts lawmakers are sponsoring H2295, which criminalizes HIV nondisclosure before sex or sharing needles. It also further criminalizes engaging in sex work (which is already a crime punishable by prison sentence) if the person is HIV positive, as well as donating or selling blood, organs, tissue and other bodily fluids or body parts. The proposed penalty would be a minimum of five years in prison (and a maximum of 15 years).

The bill has remained in the Joint Committee on the Judiciary since its introduction in January.

In May, Governor Larry Hogan signed HB 1375 into law. The law authorizes judges to issue “emergency orders” for HIV and hepatitis C testing if the person is believed to have “caused exposure to a victim.” Victims include law enforcement officers, firefighters, emergency medical technicians (EMT), forensic scientists and health care workers collecting medical evidence of sexual assault. The law authorizes the test to be conducted via oral swab.

May seems to have been a bad month for HIV criminalization. Tennessee also enacted a law requiring HIV and hepatitis testing. HB 1283 requires HIV and hepatitis testing for any arrested person if requested by a law enforcement officer, firefighter or EMT exposed to blood or bodily fluids “in any manner that presents a significant risk of transmission.” It also allows any employee of the state’s bureau of investigation’s crime laboratories who might have been exposed to bodily fluids to request such a test. Unlike the Maryland law, HB 1283 requires a blood test rather than an oral swab.

Maggi Duncan, executive director of the Tennessee Association of Police Chiefs helped draft the legislation. “We’re talking about a criminal,” she reportedly said, ignoring the fact that arrests do not automatically mean convictions or guilt. “In the course of being arrested, they could have possibly exposed a first responder.”