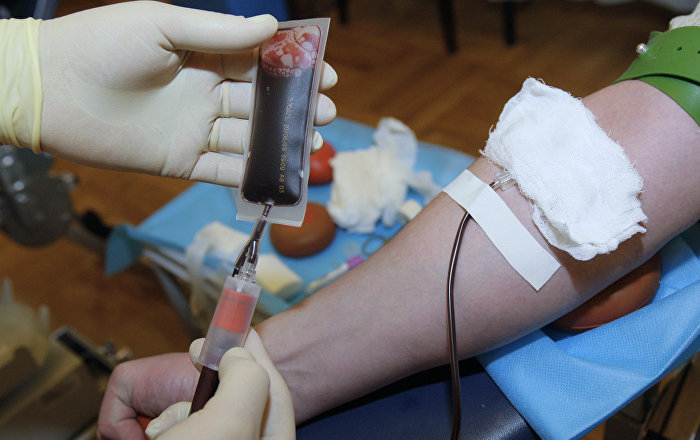 Why HIV is no longer a sentence for medicine, but still a scourge for society

Automatic Deepl translation. For article in Russian, scroll down.

Attitudes towards people with the immunodeficiency virus in Uzbekistan remain difficult, if not discriminatory. The problem lies not only in public intolerance and the negligence of the media, but also in the imperfection of legislation in this area.

TASHKENT, June 8 – Sputnik. In early June, an article on the problem of the spread of HIV infection among young people was published on the website of the Tashkent police department. It focused on the fact that the threat of infection is considered a criminal offence, and a case from 2019 was cited for clarity.

The aim of the publication is to draw the attention of parents and young people themselves to this topic so that they are responsible for their health and are not frivolous in sexual relations. However, a good cause has turned out to be a scandal. A local publication published an article titled “In Tashkent, a schoolchild infected his girlfriend with HIV”. As a result, the participants in last year’s story suffered twice because of the notorious positive status of one of the partners: first the young man was given a suspended sentence for an act that had no serious consequences, and then journalists with an easy hand “gave” his girlfriend an unconfirmed diagnosis of HIV.

Love against HIV
The trial of the young man took place in 2019, but it has only now become known. The young man was charged with a crime under Part 4 of Article 113 of the Uzbek Criminal Code – “Knowingly putting a person at risk of HIV infection”. The young people (he is 17 years old, she is 16) have known each other since childhood, and started dating as teenagers. The defendant fully confessed and explained that he knew about his diagnosis and since 2009 (from the age of seven) has been registered with the AIDS Centre and has been regularly examined.
The couple did not plan a family relationship, but, as usual, everything happened spontaneously, without using contraception. According to the young man, he warned his girlfriend about possible danger. It wasn’t until the fifth month that she was pregnant. As a result, neither the mother nor the child born later was diagnosed with HIV. The couple, of course, registered their marriage, but the husband got a suspended sentence for doing it.
An already unpleasant story, though with a happy ending, could have ended there, but the careless mentioning and distorted headline in the media, which is called, added oil to the fire. This example revealed a long overdue problem of the imperfection of the judicial system with regard to HIV-positive people, who are almost discriminated against twice.

A new perspective on the disease
According to experts, the law as it stands only contributes to the stigma and harassment of HIV-positive people in society, in particular adolescents. The legislation on HIV/AIDS is morally outdated. When it was drafted, it was indeed a fatal disease and there was no antiretroviral therapy. A few years ago, WHO officially declared HIV to be a chronic and non-fatal disease.

In Uzbekistan, free antiretroviral therapy has been available since 2006. There is scientific evidence that a person with a depressed (undefined) viral load (the amount of the virus in the blood), as a convicted young man, has a risk of transmitting the virus to zero. But practice shows that the law is sometimes not heeded to science.

Azizbek Boltayev, a psychotherapist from Bukhara, was one of the first to react to the publication of the GUVD and then reprint it in an Internet publication with an ignorant headline.

“Special attention should be paid to the age when the guy was registered – 7 years old, i.e. he was very likely to be infected in one of the medical institutions of the country. It turns out that the person was punished for the condition he had because of the lack of supervision of state controlling bodies. After all, if the guy had not been infected as a child, today’s problem simply would not have happened. Who would want to register with the AIDS Center after such news?” – noted the expert.
Today medicine allows HIV-positive people to really live a full life, have families without any risk for their partner and have absolutely healthy children. This is why amendments to the legislation are so necessary.

“According to international practice, having a separate article on HIV only reinforces stigma, so it is recommended to apply common articles on harm to health. In addition, only wilfully malicious infections or attempts to infect should be criminalized. If no infection has occurred, the act will usually be decriminalised,” said lawyer Timur Abdullayev.
Article 113 of the Uzbek Penal Code consists of five parts, with HIV being devoted to part of the Criminal Code. 4 и 5. And in one part, two notions are combined: “infection” and “knowingly put in danger.

“The latter refers to any action that involves any risk above zero. So, protected sexual intercourse with contraception does not exclude liability, because it does not protect 100%. Thus, all that is not equal to zero is in any case an article, and it does not matter whether there is a transmission or not, whether there is intent or not. In addition, the Code does not explain what “known” means and what intention it means – direct, indirect or no intention at all,” explains the lawyer.
Thus, the outcome of the trial depends on the interpretation of the law by the investigation bodies and the court.

“In Russia, Belarus and Kazakhstan, notes were added to the article that if the HIV-negative partner was warned and agreed to the risk and there is a receipt, then the liability is cancelled,” Abdullayev continues. – However, the Uzbek Criminal Code does not have such a note, which means that all HIV-positive partners in discordant couples (where only one of them is infected) are de jure criminals”.

A humane approach
Over the past few years, Uzbekistan has achieved impressive results in the fight against HIV infection. In addition, the most comfortable conditions for people with status are being created. For example, within the limits of the decision of the president of Uzbekistan “About measures on the further perfection of system of counteraction to distribution of the disease caused by a virus of immunodeficiency of the person, in the Republic of Uzbekistan” pre-contact prophylaxis by antiretroviral preparations for HIV-negative persons in discordant pairs is already practiced.

However, the judicial and legal system requires immediate reforms, dictated by international recommendations and human rights organizations. In the experts’ view, article 113 of the Convention on the Elimination of All Forms of Discrimination against Women. 4 of the Criminal Code contradicts several provisions of the Constitution – articles 18 and 27, as well as article 4 of the Family Code. Lawyers are convinced that amendments to the current legislation will contribute to a humane approach to the HIV response.
In the case of the described pair of infected girls did not occur, HIV activists have achieved the correction of the scandalous false title, but how to deal with its consequences now? One indiscreet word crosses out years of work by specialists in eliminating discrimination against HIV-positive people.

“We still find it shameful to stigmatize people already suffering from a serious chronic disease who face restrictions because of their status. Happening of such a situation among healthy teenagers is unlikely to cause public resonance,” believes Zulfiya Tairova, international expert on public health and HIV/AIDS programs.
Hardened stereotypes and a craving to denounce the culprit, to punish it and to make it public so that others would not be harmed, she said.

Imaginary phobias and real barriers
The prevailing opinion in society is still that HIV is a problem exclusively for risk groups (drug addicts, sex workers, prisoners, etc.). Did the convicted young person, who was infected at the age of 7, belong to any of these categories? Was it his or her fault for the infection? Why does he now have to live with the label of a person with a criminal record?

Another problem is related to the restriction of the rights of young people with HIV: the inability to study at a foreign university, a ban on entering foreign countries for a long period of time for work or study, where a certificate of absence of this diagnosis is required.
Even physicians avoid such patients once they are diagnosed with HIV status, sometimes refusing to provide services or transferring the patient to another doctor.

With regard to youth education, Tairova said it is time to stop covering up real problems and not ignore the physiology of adolescents.

“We need to talk to children in their language and teach them how to protect their health, and stop covering up sexual education with a veil of “comfort” (shame, shame). Teenagers should know how to use a condom and that this is the safest way to protect themselves from infection and unwanted pregnancy,” she said.
In 2019 Moldova hosted the first Regional Forum of Eastern European and Central Asian Judges on HIV. Unfortunately, representatives of Uzbekistan were not there. A second meeting is planned this year. Due to the coronavirus pandemic, the format of the meeting is still unknown. HIV activists hope that this time the republic will not be left out of discussion on a very important topic. The purpose of this forum is to raise awareness of judges and change their attitude towards HIV-positive defendants.