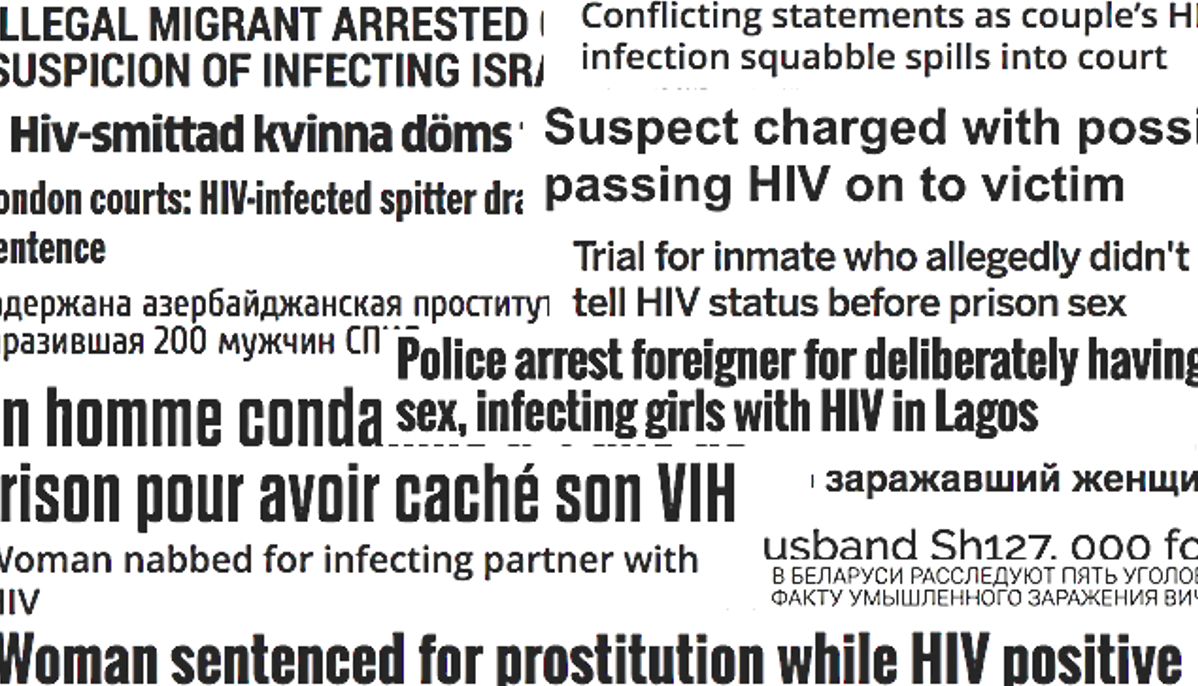 They found that Black men comprised 21% of those charged with HIV criminalisation offences – which under Canadian law relates to non-disclosure of known HIV-positive status, usually charged as aggravated sexual assault –  but were the focus of 62% of newspaper articles covering the issue. The pattern was amplified for Black men who were immigrants or refugees who made up 15% of those charged but were the focus of 61% of newspaper stories.

“The result is a type of popular racial profiling in which HIV non-disclosure is treated as a crime of Black men who are represented as dangerous, hypersexual foreigners who threaten the health and safety of the public and, more broadly, the imagined Canadian nation.”

The study is important for more than its quantitative findings, as it also considers the role of the media in the construction of public perception.

The researchers argue that media reporting involves a process of “recontextualization,” which occurs when speech is selected and moved from one place (e.g. a court) and fitted into another for a different purpose (e.g. a media story). In other words, they say, information is “selectively reported and repurposed into news stories”.

Their analysis found that in media reporting of HIV criminalisation cases, ‘whiteness’ became a neutral position. This usually meant that when a person was white their ethnicity or immigration status was rarely, if ever, mentioned.

For Black men living with HIV, however, the researchers found that the reporting was racialised, depicting such men as morally blameworthy and discussing them in terms of their “immigration status, hypersexuality, and other forms of racialised difference”.

Consequently, they argue, Black men living with HIV are depicted in these news reports not only as a threat to individual complainants, but also as a threat to Canadian society.

The researchers also discussed how news media reporting routinely involves forms of writing that silence people facing HIV-related criminal charges. Their experiences are rarely heard which, they summise, is likely due to reporters’ decisions about who to quote, as well as defendants being discouraged by their laywers to publicly comment on their cases.

Consequently, people living with HIV involved in HIV criminalisation cases are only spoken about, and their lives are only known about within the context of crime stories.

The authors hope their analysis will help advocates “to intervene in popular news coverage of HIV non-disclosure”, urging the use of counter-narratives emphasising how HIV non-disclosure, exposure or transmission should be seen as a public health issue and not a criminal justice issue.

The profound silencing of Black immigrant men in newspaper coverage of HIV non-disclosure suggests the need to support strategies that create an affirmative presence in mainstream media for Black men living with HIV.