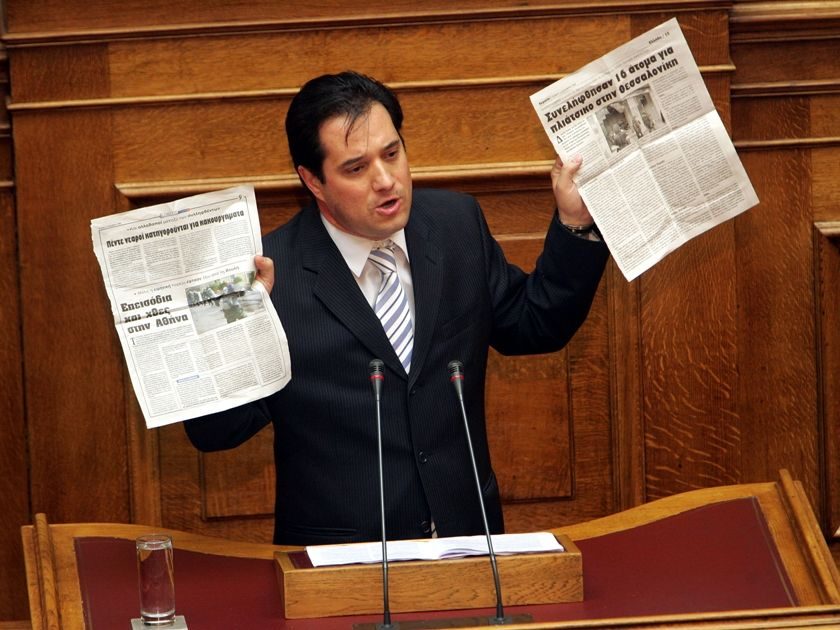 [Republished from the radiobubble blog, with thanks to Zoe Mavroudi]

A legal provision that led to mass arrests of HIV-positive women in Greece in 2012 has been reinstated, causing widespread condemnation by local and international organizations and human rights advocates.

Provision No 39A was voted by former socialist Health Minister Andreas Loverdos in April 2012 and led to an unprecedented case of HIV criminalization a few weeks later when the Greek police in cooperation with the country’s Center for Disease Control and Prevention, KEELPNO, rounded up hundreds of women from the center of Athens and force-tested them for HIV inside police stations. A total of 30 who tested positive were imprisoned on charges of felony and prostitution, in spite of a lack of significant evidence that they had been working as prostitutes or that they had infected anyone with the virus. Their mug-shots and personal data were then published upon order by a prosecutor on the Greek police website as well as on major TV channels.

The arrests prompted an international backlash against the Greek government when organizations like Amnesty International, Human Rights Watch, the European AIDS Treatment Group and UNAIDS called for the withdrawal of laws that enabled the targeting of HIV-positive people labeling them unproductive and in violation of international conventions.

The women were held in prison for a months-long detention period under inhumane conditions. The charges have since been dropped or reduced in the courts. After months of negotiations following Loverdos’ exit from the government and socialist PASOK party, non-governmental organizations and activist groups in Greece scored a victory in May 2013, when former Deputy Health Minister Foteini Skopouli finally repealed the provision.

The move was welcomed as a step toward correcting the damage inflicted on the country’s medical services by the 2012 arrests. Drug rehabilitation groups, which have been hit hard by austerity cuts, have repeatedly complained that the arrests had serious implications in the exercise of their outreach work among vulnerable groups.

But last Tuesday, newly-appointed health minister Adonis Georgiadis (pictured above), formerly a member of the far-right LAOS partly and currently a New Democracy majority party MP, reinstated the provision unexpectedly, the day after his swearing-in ceremony that followed a cabinet reshuffle of the country’s coalition government. In a short announcement, KEELPNO welcomed the reinstatement citing a necessity to “cover the country” until revisions to the provision were agreed on. Georgiadis addressed the reinstatement on twitter, saying the repeal by Skopouli had left a “legal void.”

But the legal grounds upon which the provision was voted into law were questionable. Last year, Loverdos signed 39A alone, in spite of a legal requirement for a minimum of four official signatures in order for a provision to be enacted into law.

At the time, he claimed that its content had originated in a 1940 regulation, which allowed for sanitation measures in public places for the protection of public health. However, new language included in 39A, pointed at immigrants, homeless people, intravenous drug users and sex workers as possible sources of epidemics. 39A also cited a need to perform mandatory tests on individuals from these groups as part of controlling diseases that are currently not endemic in Greece, such as malaria, polio and sexually transmitted diseases, including HIV.

Greece has seen a spike in HIV infections among injecting drug users during the crisis, mostly in the country’s capital, although there is no official data on a significant rise among sex workers or undocumented immigrants. Men who have sex with men remain the main population group that suffers most of the country’s new HIV infections.

In spite of citing a need for mandatory testing, the provision is also unclear about the nature of measures that the police and health authorities should take in order to test individuals without their informed consent. A law-suit has been brought by some of the women arrested in 2012 and by Greek NGOs against police officers present in the arrests as well as KEELPNO doctors for sharing test results with the police and violating patient confidentiality.

Calls to take back the measure came from abroad almost immediately after the reinstatement was announced. In her closing speech at the annual convention of the International Aids Society in Kuala Lumpur on Wednesday, French Nobelist Françoise Barré-Sinoussi, the scientist accredited with co-discovering the HIV virus, expressed her “strong disappointment.”

“As President of the IAS I strongly condemn this move and urge the Greek Government to rethink its position. HIV infections are already increasing in Greece due to the economic crisis and a mandatory policy of detainment and testing will only fuel the epidemic there.” Barré-Sinoussi added: “As we keep repeating over the years, there will be no end to the HIV epidemic without advancing human rights in parallel.”

Sinoussi’s concerns were echoed in a damning announcement by Human Rights Watch, which called the reinstatement “a big step backward for human rights and public health.“

“Addressing infectious diseases such as HIV, hepatitis, and tuberculosis requires investing in health services, not calling the police. If the government is serious about addressing HIV and other infectious diseases, it should focus on access to health care and public information,” wrote HRW in a statement earlier this week. “Any detention for public health reasons must have a lawful basis, be demonstrably necessary and proportionate, and be nondiscriminatory. Anyone detained, irrespective of the grounds, is entitled to guarantees of due process.”

On their part, local Greek NGOs and human rights initiatives saw the reinstatement as a betrayal of their year-long battle for its repeal. HIV NGOs and LGBT and human rights initiatives chided the new leadership in a joint statement, for ignoring the unanimous decision that prompted its repeal as well as the recent report by the Greek Ombudsman citing the provision’s unconstitutionality.

“We cannot allow the implementation of practices that lead our society to the Middle Ages,” the statement by Positive Voice, Center for Life and Praksis, among other groups, said. “Access to free and public health services, access to medical coverage and a respect for human rights are non-negotiable for us. Since the leadership of the Health Ministry obviously does not share this view, we have a responsibility to make it clear with our actions.”

Protests against the reinstatement of 39A are continuing with a gathering outside the Ministry of Health in Athens [on Monday July 8th].

In a Parliamentary question to Minister Georgiadis on Friday July 12, SYRIZA opposition party MP Vassiliki Katrivanou asked for a new repeal of the provision. On the same day, four Greek NGOs (Positive Voice, Praksis, Act Up Hellas and Center for Lsife) said in a joined announcement that they requested that a health committee assigned by Georgiadis with negotiating changes to the provision provide them with documentation that substantiates the urgency of the provision’s recommendations to protect public health, before they can return to the negotiations.
Read more here

A new documentary produced by radiobubble about the 2012 arrests called “Ruins: Chronicle of an HIV witch-hunt,” is due for release this September. It features interviews by women who were arrested and their families. You can watch a trailer here: