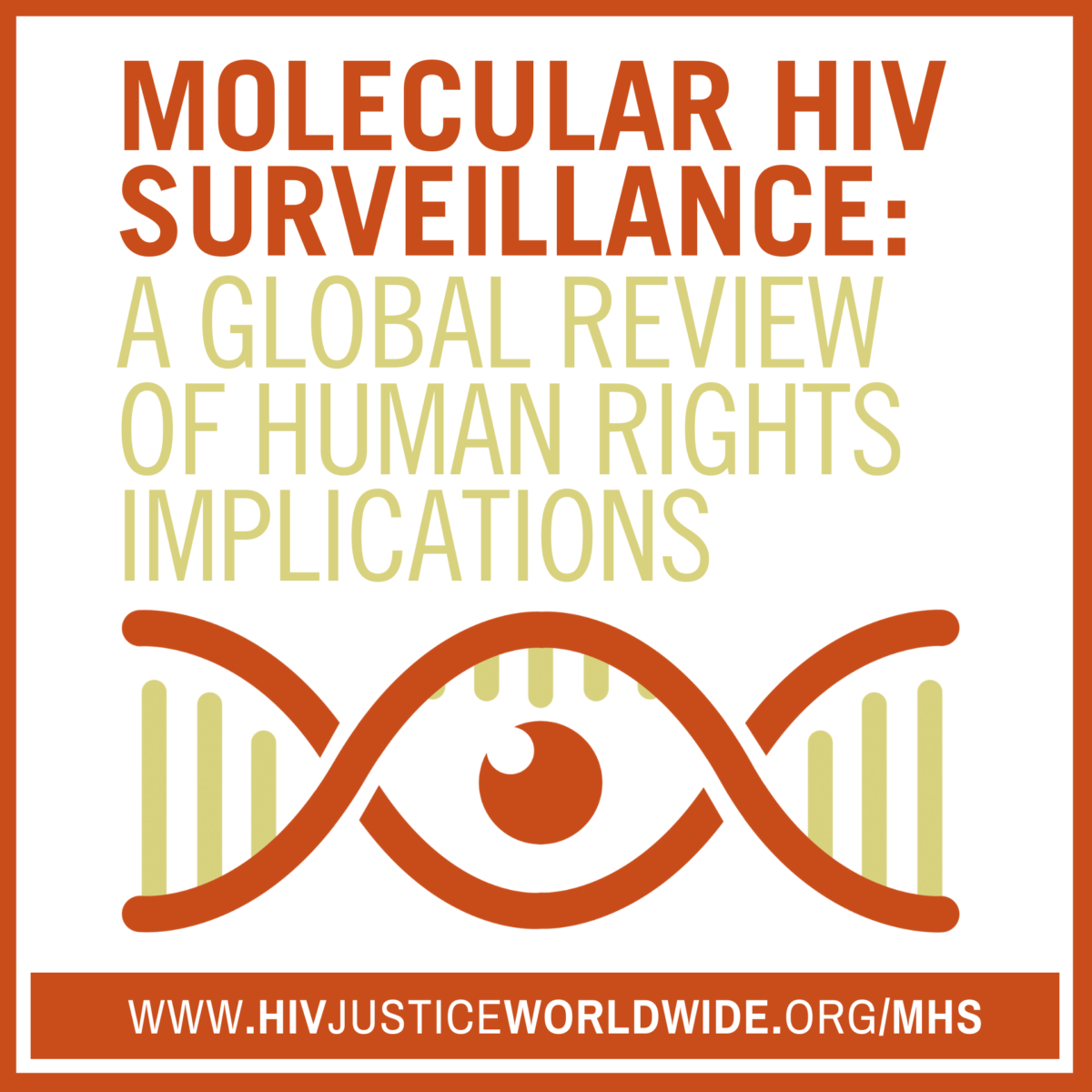 “Molecular HIV Surveillance: A global review of human rights implications” provides a detailed explanation of what MHS is and how it is used across the globe, including how the technology works, where it is being conducted, and by whom. The paper describes growing human rights concerns relating to the use of this technology and goes on to list a number of recommendations for the use of MHS which were gathered from an international literature review and from members of the Expert Advisory Group.*

Molecular HIV surveillance (MHS) is an umbrella term that describes a wide range of practices focused on the monitoring of HIV variants and the differences and similarities between them for scientific research, public health surveillance, and intervention.

To conduct MHS, scientists rely on the results of HIV genetic sequencing tests taken from people living with HIV – these tests are often done before prescribing HIV medication to determine if the individual has a strain of HIV that is resistant to certain treatments. Interest in, and use of, MHS for reasons other than tailoring treatment regimens is increasing globally, however. Of particular concern, in some regions, MHS is being conducted and HIV data is being shared in ways that put the rights and safety of people living with HIV in jeopardy.

“HIV is highly stigmatised and communities that are most vulnerable to acquiring HIV are already highly policed and at risk for violence” said Naina Khanna, co-executive director of Positive Women’s Network-USA, a US-based membership organisation led by women and people of transgender experience living with HIV. “In more than 30 states in the US alone, and over 100 countries around the world, people with HIV can be criminalised on the basis of their health condition. Taking this kind of data from people without their consent or knowledge and storing or sharing it without adequate protections is extremely risky and could come at the cost of someone’s personal safety, their livelihood, and in the case of HIV criminalisation, their freedom.”

The paper highlights how HIV experts and advocates have raised a range of human rights concerns about this technology. These include:

Edwin J Bernard, Executive Director of the HIV Justice Network and global co-ordinator of the HIV JUSTICE WORLDWIDE coalition added: “MHS treats people living with HIV as ‘clusters’ and targets of public health interventions, rather than the beneficiaries of public health. When you combine MHS with HIV criminalisation it’s a perfect storm. That’s why I commissioned PWN-USA to produce this briefing paper as a first step to understand the problems and to suggest a range of possible solutions. With increased knowledge on the practices of MHS, individuals and organisations can be better equipped to advocate for ending research and surveillance practices that have the potential to harm the rights, autonomy, and well-being of people living with HIV.”

The paper is now available in four languages:

Watch the launch video below:

We gratefully acknowledge the financial contribution of the Robert Carr Fund to this report.