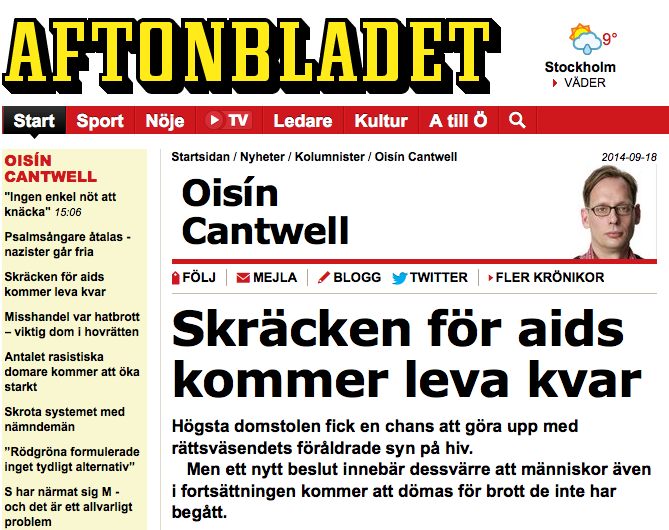 Last week, Sweden’s Supreme Court announced that it would not grant leave to appeal in a case where the prosecution had appealed an acquittal from Court of Appeal regarding a man living with HIV, on successful antiretroviral therapy, who had unprotected sex with several women none of whom were infected.  Instead, it cited its 2004 ruling stating that only sex with a condom can prevent a prosecution for ‘HIV exposure’ (as reckless endangerment).

The Swedish Prosecutor’s office notes that

Advocates are extremely unhappy. Although lower courts can still take notice of ‘Risk of HIV transmission from patients on antiretroviral therapy: A position statement from the Public Health Agency of Sweden and the Swedish Reference Group for Antiviral Therapy‘ (aka the ‘Swedish statement’) in future trials for people with HIV on successful treatment, this was a lost opportunity to modernise the application of the law from the highest court in the land.

An editorial by Oisín Cantwell in Monday’s popular newspaer, Aftonbladet, spelled out exactly what this means.

The ruling was reported in Allt om juridik on June 11th.