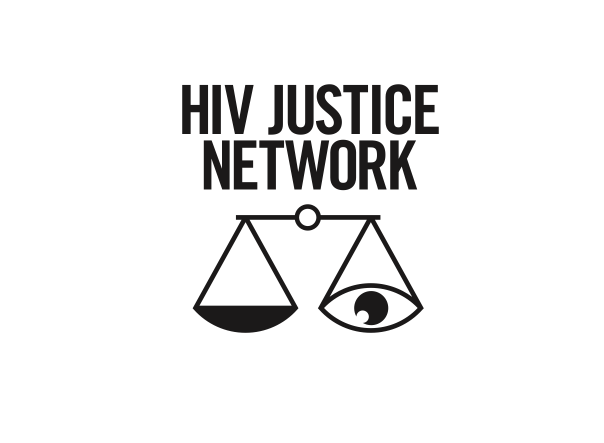 Today marks an important step forward in global advocacy towards a fairer, just, rational, proportionate and limited use of laws and prosecutions for HIV non-disclosure, potential or perceived exposure and transmission.

The new HIV Justice Network website is intended to be a global information and advocacy hub for individuals and organisations working to end the inappropriate use of the criminal law to regulate and punish people living with HIV.  Here you will find the latest news and cases, searchable by date, country, and case type, plus all kinds of advocacy resources (including video). The information on the website is also classified by 25 topics, under six headings: Advocacy; Alternatives; Impact; Law Enforcement; Laws and Policies; and Science.

Hopefully this will make it easier to find the information you need for your work, whether it be research into the impacts of HIV criminalisation; advocacy to prevent, reform, repeal or modernise existing HIV-specific criminal statutes or to limit the use of the law through prosecutorial and police guidance; or in promoting alternatives such as a supportive legal and policy environment via a human rights framework; restorative justice via a criminal justice framework; or Positive Health, Dignity and Prevention via a public health framework.

At the same time, we will also be launching the HIV Justice newsletter. As well as including the latest international news and analysis relating to cases, laws, policy and advocacy, it is an opportunity to promote the work of advocates and researchers, such as highlighting upcoming events and new resources. If you have already signed up for it via the Homepage, or supported the Oslo Declaration on HIV Criminalisation, you are already subscribed. If not, you can sign-up here.

The new HIV Justice Network website incorporates all the posts from my blog, Criminal HIV Transmission, which I began in 2007. Little did I know at the time that it would become an important global resource, filling a much-needed gap by capturing what is happening in real time.  It was only when I attended AIDS 2008 in Mexico City, and discovered how many people knew of me and my work, that I realised how useful a resource it had become for advocates, researchers, lawyers and others from all over the world.

Knowing that the blog served as an international information and advocacy hub placed enormous pressure on my time and personal resources. Until the beginning of 2012, the blog and its associated advocacy work received no funding  – save the few wonderful individuals who donated via Paypal and a small grant from IPPF (thank you!).  So I’m very grateful to The Monument Trust for its generous support which has allowed me to sustain, develop and expand the blog into the HIV Justice Network. I’d also like to thank Kieran McCann and Thomas Paterson from NAM, who designed and developed the site, as well as NAM’s Executive Director, Caspar Thompson, for his support and guidance.

This past year hasn’t only been about developing the new website and newsletter, however. In February, the HIV Justice Network co-organised the civil society caucus meeting that created the Oslo Declaration on HIV Criminalisation. The Oslo Declaration, hosted on the HIV Justice Network website, has become a potent global advocacy tool. And with more than 1600 supporters from more than 110 countries around the world, it has helped to galvanise a global movement advocating against the inappropriate use of the criminal law to regulate and punish people living with HIV.

In July, the HIV Justice Network was very active prior to AIDS 2012 in Washington DC. We held an HIV criminalisation caucus meeting just before the main conference, attended by 36 smart and experienced advocates from 16 countries; co-ordinated a seminar at the MSMGF pre-meeting; and attended both the Positive Justice Project convening and LIVING 2012.

During the conference itself, we presented data in several sessions and satellites, co-organised a press conference, and hosted a panel featuring three courageous individuals who had previously been involved in criminal cases and who are now passionate advocates against the use the inappropriate use of the criminal law to regulate and punish people living with HIV.  You can watch most of these sessions in the Video section of the new website.

Our biggest project to date was working with our video advocacy consultant, Nick Feustel, to produce the 30 minute advocacy and educational video, Doing HIV Justice: Clarifying criminal law and policy through prosecutorial guidance, which had its premiere at AIDS 2012.

The video demystifies the process of how civil society worked with the Crown Prosecution Service of England & Wales to create the world’s first policy and guidance for prosecuting the reckless or intentional transmission of sexual infection. It explains how the guidance was developed, what challenges the key stakeholders faced and overcame, and what benefits have resulted – fewer miscarriages of justice and a better understanding of HIV throughout the entire criminal justice system.

Doing HIV Justice had its European debut at the one-day seminar on HIV Criminalisation that the HIV Justice Network co-ordinated on behalf of Deutsche AIDS-Hilfe, EATG, IPPF and the HIV in Europe initiative. The meeting was an opportunity to build on the momentum of advocacy from AIDS 2012 and create a more cohesive pan-European (and Central Asian) movement against laws, policies and practices that inappropriately criminalise people living with HIV.

Please let us know via the Contact Us form what you like (or don’t like) about the new site; how you use it in your work; and what we can do improve. And, of course, if are working to end inappropriate laws and prosecutions and have news, information or resources to share, we’d also like to hear from you.

Here’s to a whole new chapter in the global movement towards a more tolerant and supportive environment for people living with HIV, so that we can live long, healthy, empowered, dignified lives – surely a better and more effective way to prevent new infections than a punitive, disabling environment inherent in a criminal justice system approach.