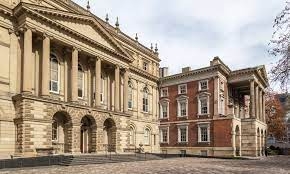 Jennifer Murphy was convicted for not disclosing her HIV status to a sexual partner, despite being unable to transmit the virus.

When Jennifer Murphy was found guilty of aggravated sexual assault, her face was splashed all over the news — her life changed due to a conviction that has now been overturned.

The 2013 conviction in a Barrie, Ont. courtroom was for not disclosing her HIV-positive status to a sexual partner in a consensual encounter. At the time, she had an undetectable viral load thanks to medication, and was therefore unable to transmit the virus.

“I was made out to be a monster,” she said in a statement to the Star last week.

Murphy was sentenced to more than three years in prison, minus 15 months for time served in pre-sentence custody.

“It was all over the news and my family and friends had to read that and feel the pain and agony,” she said. “They had to worry about their daughter or their mother and what would happen to her.”

Canadian law requires an individual living with HIV to disclose their status to a sexual partner if there is a realistic possibility of transmission. At the time of Murphy’s conviction, it was generally understood within the legal system that disclosure was not necessary if the individual had both a low viral load and used a condom. No condom was used in the Murphy case.

Earlier this month, the Ontario Court of Appeal overturned Murphy’s conviction and entered an acquittal, accepting fresh expert evidence that Murphy’s undetectable viral load meant there was no realistic possibility of transmission of the virus.

The decision opens the door for other people with HIV in Ontario, found guilty in situations similar to Murphy’s, to seek to have their convictions overturned.

“I want them to get justice, too,” she said.

The ruling also comes as the federal government plans to reform the law on HIV nondisclosure, impacting the whole country — a move advocates hope will see the justice system finally recognize that the science has evolved around HIV, and that a person with an undetectable viral load simply cannot transmit the virus.

They say the ongoing criminalization of HIV nondisclosure continues to perpetuate stigma against people living with HIV.

“The community has been calling on the government to act for years,” said Alexander McClelland, assistant professor at the Institute of criminology and criminal justice at Carleton University, and a member of the Canadian Coalition to Reform HIV Criminalization.

“People living with HIV, legal experts, have been calling out the heinous record of Canada being a leading country in the world for criminalizing HIV nondisclosure.”

There are a number of reasons why a person doesn’t disclose their HIV status to a sexual partner, he said, including fear of violence.

As Murphy put it, “Right now, you can be convicted despite doing everything right — taking medication and suppressing your viral load.”

After several months of community consultation, the coalition released its second consensus statement in July, calling for changes to the Criminal Code that would limit prosecutions to the “very rare” instance where there was intentional, actual transmission of the virus.

The statement, signed by dozens of organizations, describes Canada as a “global hot spot” for nondisclosure prosecutions, saying there had been more than 220 by the end of last year, with the Black, Indigenous and gay communities being disproportionately affected.

There are no HIV-specific offences in the Criminal Code. The consensus statement points out that police and prosecutors will typically use the charge of aggravated sexual assault in nondisclosure cases, which carries a maximum prison term of life, mandatory designation as a sex offender, and “almost certain deportation” for non-citizens.

Murphy was required to take sex offender counselling in prison, “which was degrading and humiliating,” and she also had to deal with other inmates also knowing about her case.

“The outside world was judging me while the inside world was doing the same,” she said. “I would put myself in segregation just to get away from everyone.”

The federal government announced at the end of July that it will hold consultations in October “on how best to modernize the criminal justice system’s response to nondisclosure of HIV status” given the scientific evidence on sexual transmission of HIV.

Faced with criticism as to whether further consultation is necessary, Justice Minister David Lametti said in an interview last week it will not be lengthy, but rather “focused and targeted” with expert advocacy groups.

“I’m going to try to put an end, a positive end, to all of this as soon as possible,” he said. “No one should underestimate my good faith on this.”

After studying the issue, the House of Commons standing committee on justice recommended in 2019 that the government create a specific Criminal Code offence for actual transmission of infectious diseases, including HIV. The coalition is against adding an HIV-specific offence to the code for fear of perpetuating further stigma.

“I understand very well the point that such an offence would, in all likelihood, lead to continued stigmatization of people living with HIV and that is something we do not want to do,” Lametti said.

The coalition is calling for Criminal Code reform that would prohibit the ability to prosecute nondisclosure cases under sexual assault offences, and to limit the use of any other offence to intentional, actual transmission of the virus, while stating that the use of the criminal law should be a measure of last resort.

“The science around HIV has evolved, we know more now,” Lametti said. “We know that there’s stigma that’s been attached, that sexual assault laws are not appropriate and cumbersome and lead to results that are frankly unjust.”

An undetectable viral load can be achieved by taking medication, and essentially means “you cannot see the virus based on the conventional systems that we have to detect it,” said infectious diseases physician Dr. Isaac Bogoch. He highlighted a slogan that has gained much traction in recent years: U = U, undetectable equals untransmittable.

“It’s not only scientifically accurate, but it’s a way that we can help destigmatize HIV infection because it’s simple, it’s easy to understand, and it’s universal,” said Bogoch, a physician with the HIV Clinic at Toronto General Hospital.

“These are individuals who will not be able to transmit HIV to others. They just won’t.”

It was a 2012 Supreme Court of Canada decision known as R. v. Mabior that found a low viral load and condom were required to avoid prosecution for HIV nondisclosure, and it was that standard that was applied to Murphy’s case in 2013. But the top court also said the double requirement “does not preclude the common law from adapting to future advances in treatment.”

Murphy’s appeal lawyer, Colleen McKeown, asked the Court of Appeal to “identify a new set of circumstances” in which there’s no realistic possibility of transmission — and therefore disclosure is not necessary — namely that the person has a suppressed viral load and is taking antiretroviral medication. The court’s ruling on that issue is pending.

In the years since the Mabior decision, at least four provinces — Ontario, Quebec, British Columbia and Alberta — have adopted a mix of official guidelines and unofficial policies to curb HIV nondisclosure prosecutions.

In the territories, where federal prosecutors handle criminal cases, Crown attorneys have been told not to prosecute if there is an undetectable viral load, and to “generally” not prosecute where a condom was used or if the person engaged only in oral sex, even if the viral load was not suppressed.

In Ontario, Crowns were instructed through provincial guidelines in 2017 not to prosecute if the individual is on medication and had an undetectable viral load for at least six months, but is silent on condom use alone.

McClelland added that “being someone living with HIV, having an inconsistent understanding or uncertainty about what I could be prosecuted with and where, is a completely unreasonable way to live a life in Canada as a Canadian resident.”

The coalition is also calling on the government to end the deportation of non-citizens following a conviction, and to review past convictions.

“There are a lot of people who were convicted in discriminatory and unscientific circumstances and those convictions need to be reviewed,” said Annamanthadoo, “so people do not have to live under the label of a criminal and a sex offender.”

Murphy said she’s still absorbing the impact of the Court of Appeal’s decision.

“I am worried that, even with my conviction overturned, there will still be people who will judge me. I shouldn’t have to live with it, but I do,” she said. “It doesn’t erase the stories on the internet. All the negative publicity will still be there.”

But she said it means she gets to focus on changing the law, urging the federal government to take action and finally provide some certainty to people living with HIV.

“It’s a human rights issue. It discriminates against people who have an illness,” she said.

“I want the public to know that people with a suppressed viral load pose no threat to anyone.”