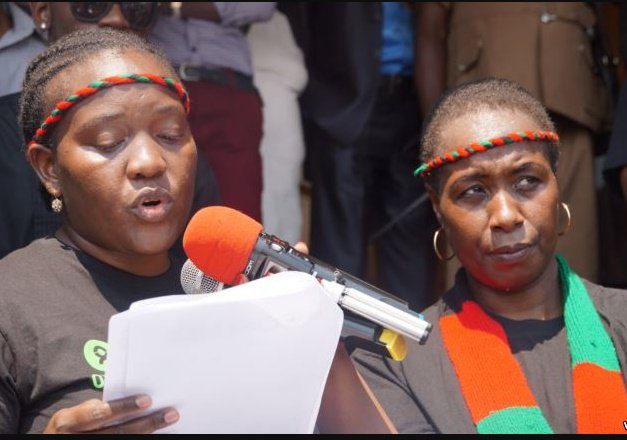 Stakeholders have described the new HIV and AIDS Bill as ‘a bad law’ and a disaster to happen as it is discriminatory and will impede the fight against AIDS.

The bill includes mandatory HIV testing for pregnant women and their partners, and allows medical providers to disclose a patient’s HIV status to others. The bill also criminalizes HIV transmission, attempted transmission, and behavior that might result in transmission by those who know their HIV status.

Human rights groups and activists who converged in Lilongwe recently for the media advocacy meeting on HIV and Aids Bill described the new bill on HIV and AIDS as a debauched law in the offing.

Mandatory HIV testing and the disclosure of medical information without consent are contrary to international best practices and violate fundamental human rights, the rights activists said. The criminalization of HIV transmission, attempted transmission, and behavior that might result in transmission by those who know their HIV status is overly broad, and difficult to enforce.

Female Sex workers Association executive member, Zinenani Majawa, speaking on behalf of sex workers in in Malawi said: “This Bill targets us because men will always be saying this sex worker infected me with the disease.”

Majawa vehemently quashed the bill, saying it does not give any hope towards the HIV positive response.

The sex workers representative argued that Section 43 and 44 will also be difficult to apply with due adherence to fair trial rights including the right to be presumed innocent, adding that it is not correlating on the obligation for the state to prove criminal conduct beyond a reasonable doubt.

“This is because in most circumstances, there is no scientific means to prove the direction of HIV transmission beyond a reasonable doubt,” said Majawa.

During the meeting the stakeholders nudged holes on the new bill, saying, for example section 43 that targets deliberate transmission was seen to be similarly overboard.

“Phylogenetic analysis is expensive it requires the use of complex computational tools to estimate how closely related the samples of HIV taken from complainants and defendants are in comparison to other samples,” argued some stakeholders.

Making a presentation on the new Bill, Women Lawyers Association (WLA) President Sarai Chisala said, in its current format, despite the many admirable aspects of the HIV Bill, the provisions that create criminal measures to enforce various HIV management efforts have the effect of infantilizing, criminalizing, stigmatizing and potentially victimizing women – particularly women who are already living with HIV.

Said Chisala: “Rather than being protective and preventive, the law is paternalistic, positing women as both victims and vectors of HIV. Yet in reality women living with HIV rarely describe themselves as “victims” when relaying how they became infected, and the language of vectors is especially harmful for those most marginalised members of society such as female sex workers.”

Chisala further explained that the HIV Bill both demonizes and infantilizes women, they are painted as carriers of the disease but also as potentially careless and callous mothers; and women of loose morals.

“In a country where more than half of the women are married before the age of 18, and it is within these relationships – and oftentimes violent relationships, a product of harmful cultural practices – that they either become infected or learn of their infection, in this manner, lives that are already filled with violence are suddenly even more fraught with danger, Chisala said.

Sarai added that there are clear public health implications to a pandemic such as HIV and AIDS and the role that the government opts to play in the management of the pandemic has a severe impact on the course of the disease.

According to the WLA president: “legislation can be used to set out the manner in which issues such as voluntary counselling and testing; partner notification; medical care and treatment of AIDS related illnesses; and, epidemiological surveillance, amongst other things, are handled,” adding; “The UNAIDS Handbook for Legislators on HIV/AIDS, Law and Human Rights (the Handbook) suggests that laws should require specific informed consent before HIV testing is done for fear of risking violation of a person’s right to both privacy and personal liberty, the Handbook also goes on to stress that targeting specific groups for compulsory testing is in violation of the non-discrimination principle under international human rights law.”

The WLA leader also noted with consternation that the overly punitive crafting of many of the provisions in the HIV Bill, that were intended to prevent the spread of HIV and AIDS, are instead more likely to lead to disproportionate demonization and vilification of women living with HIV.