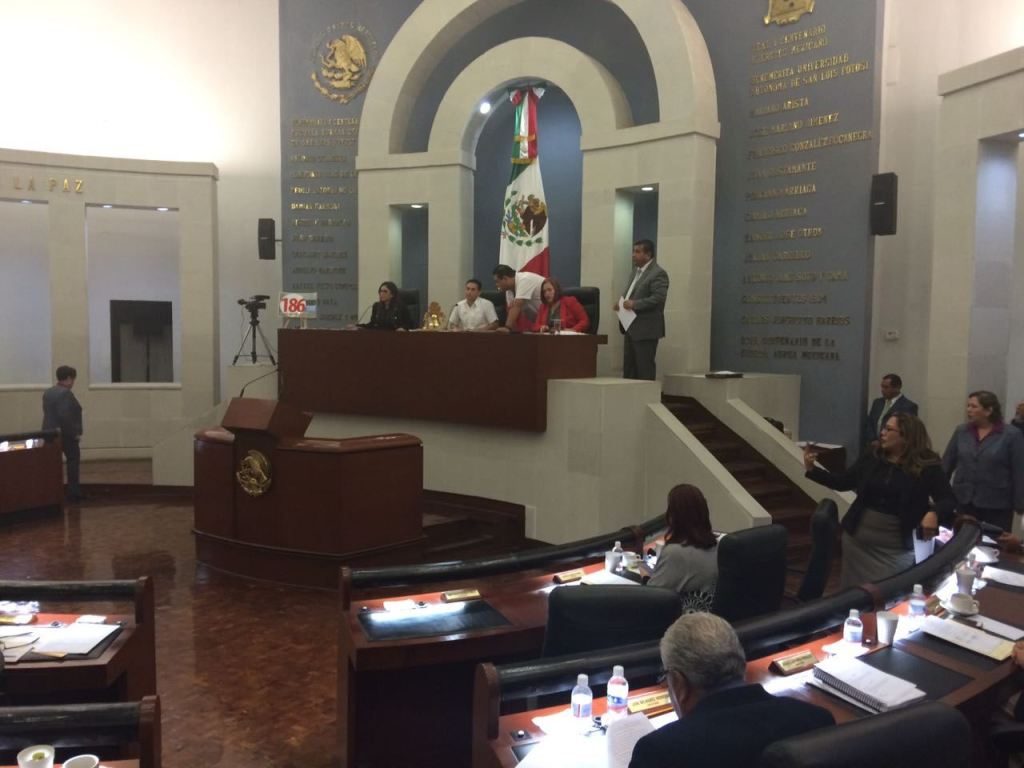 The opinion/ruling with draft decree that was intended to add the crime of risk of contagion to the penal criminal code of the State of San Luis Potosi was withdraw The document established penalties and sanctions to whom or who put someone else at risk of contagion of  “a venereal disease or other serious infective period”.

A Member of San Luis Potosí friends fight against AIDS  /, Andrés Costilla Castro denounced than this initiative was an attempt against the dignity  of PLHIV and promoted stigma towards PLHIV in San Luis Potosí and  because of that, they demanded for such decree to be eliminated.

The document was presented by Esther Angelica Martinez Cardenas of the PRI and approved by justice committees; Health and Social Welfare.

Costilla Castro reiterated that this initiative would put people with HIV under a status of potential criminals, and that it opposed their dignity as persons, attempting to take away human rights and stigmatising them because of a health condition.

The opinion/ruling read as follows:

The offence of contagion is committed if a person puts someone in danger of contagion, knowing they are suffering from a venereal disease or other serious illness during an infectious period, putting in danger of contagion the health of another person, by sexual intercourse, or other transmissible method; shall be sentenced from one month to three years in prison, and up to forty days of the value of the unit of measurement and valid update. If the condition or disease was incurable, a sentence of six months to five years in prison shall be imposed. In  the case of spouses, boyfriends or concubines, only the case could proceed following a complaint by the offended party.

The opinion/ruling was removed during the session on Thursday to be analyzed again by the committees involved in the issue.

Congress a step away from criminalising HIV transmission…Again

The Secretary of health, international treaties and activists are against the proposal.

This Thursday, in a plenary session, the State Congress will vote on a draft decree that adds the crime of Danger of Contagion to the Penal Code of the State of San Luis Potosí. If approved, the new legislation establishes penalties and sanctions to those who put someone else at risk of contagion of “a venereal or other serious illness when being infectious.”

The document, already approved by the Justice Commissions; and Health and Social Services , was presented to the Congress by Esther Angélica Martínez Cárdenas, from the PRI group. There, the deputy says that it is necessary for the Potosino penal code to adopt the federal standard, where the crime is mentioned and allows for a penalty of up to 5 years in prison, equal to the one raised in the State decision.

“The offense of contagion is committed by a person who, knowing that he suffers from a venereal or other serious illness in an infectious period, endangers the health of another person by sexual intercourse or other transmissible means; Will be sanctioned from one month to three years in prison, and up to forty days of the value of the current unit of measurement and update.

If the illness suffered is incurable, a sentence of six months to five years’ imprisonment shall be imposed. In the case of spouses, or concubines, the case may only proceed following a complaint by the offended party “.

For the organizations that defend the rights of the LGBT population and the Ministry of Health at the national and even state level, this homologation is not only anachronistic, but it  also puts at risk the population suffering from ilnesses such as those mentioned there and particularly those who have been or may be diagnosed with HIV or AIDS.

In October of 2016, Juan Manuel Carreras, governor of San Luis; In conjunction with the Women’s Institute, attempted a similar legislative move, presenting a package of initiatives aimed at preventing violence against women.

The argument, said in an interview Jeús Paul Ibarra Collazo , head of Red Diversificadores Sociale was directed in such a way because the rate of contagion of women by way of their spouses could increase because part of the male population, openly heterosexual, actually had sexual relations with other homosexual men, contracted the disease and then, continued at the same time with their female partner, which resulted in her being infected as well.

Ibarra Collazo recognizes that the male homosexual population leads the statistics of HIV or AIDS, because by keeping alive what he calls internalized homophobia, the spread of the disease through sexual contact between men increases the number of cases.

Regardless of this, the Ministry of Health sent a press release specifically addressed to Juan Manuel Carreras, who asked him to take a second look at the initiative because, according to international treaties to which Mexico is a signatory, the measure that the governor and the IMES intended to boost is useless.

” The National Center for Prevention and Control of HIV / AIDS of the Ministry of Health calls for an analysis of this proposal in the framework of international and national recommendations in this area, since criminalization or criminalization of people with HIV is not a public policy that helps to reduce and control the epidemic, quite the contrary, it has been shown that the establishment of restrictions, indications or penalties for people with HIV does not prevent them from spreading the virus and there is little evidence that Criminal sanctions will ‘rehabilitate’ a person so as to avoid future risk behavior of HIV transmission, “the statement said.

After reception of the document and after a dialogue between the state agencies, Red Diversificadores Sociales and the pressure of the group Amigos Potosinos in Fight against Aids, the initiative seemed to have been withdrawn; However, this March 16, again and after already having been approved by the aforementioned committees, the article will be voted on by the 27 deputies that make up the Congress, without it being clear whether Congresswoman Esther Angélica Martínez Cárdenas is aware or not of the previous initiative.

Although the Ministry of Health points out that “imposing penalties can only be justified in case of conduct that is legally condemnable, so that criminal law based on this objective can only legitimately be applied to a subset of cases of HIV transmission” it also highlights that “this does not have anything to do with the primary goal of preventing HIV transmission. “

This can also be seen as presented by APELCS : “It is very difficult to determine causality, deceit, intentionality and various factors involved in the transmission of HIV”, and also, as stated by Paul Ibarra, and reaffirmed by the Ministry of Health, establishing punitive measures for the contagion of HIV or any other disease could inhibit the will of the key subjects to undergo the screening tests that finally have proven to be a palliative way to avoid transmission.

That is, when there is a penalty for contagion, it automatically pose a warning sign on the carriers, whether men, women, children or girls, which can facilitate discrimination and stigma on a disease that, with the advance of science and effective public policies of prevention, has ceased to be a death sentence for a large part of the population.

APELCS , on the other hand, exhorts “the members of the Health Commissions; Justice and social services; In particular to Congresswoman Esther Angélica Martínez Cárdenas to reconsider the criminalization of HIV and to lower this initiative, as they would put people with HIV under the status of potential criminals, in contravention to their dignity as persons, undermining their human rights and stigmatizing them for their Health condition “.

Paul Ibarra , on the other hand, points out what seems to be obvious and that is that there is a dislocation between the powers of the state, since the return of this attempt to change the Criminal Code, denotes that the deputy who is promoting it did not take into account the antecedent in October, nor was aware of the pronouncement against by the Ministry of Health, RDS and APELCS scarcely 5 months ago.