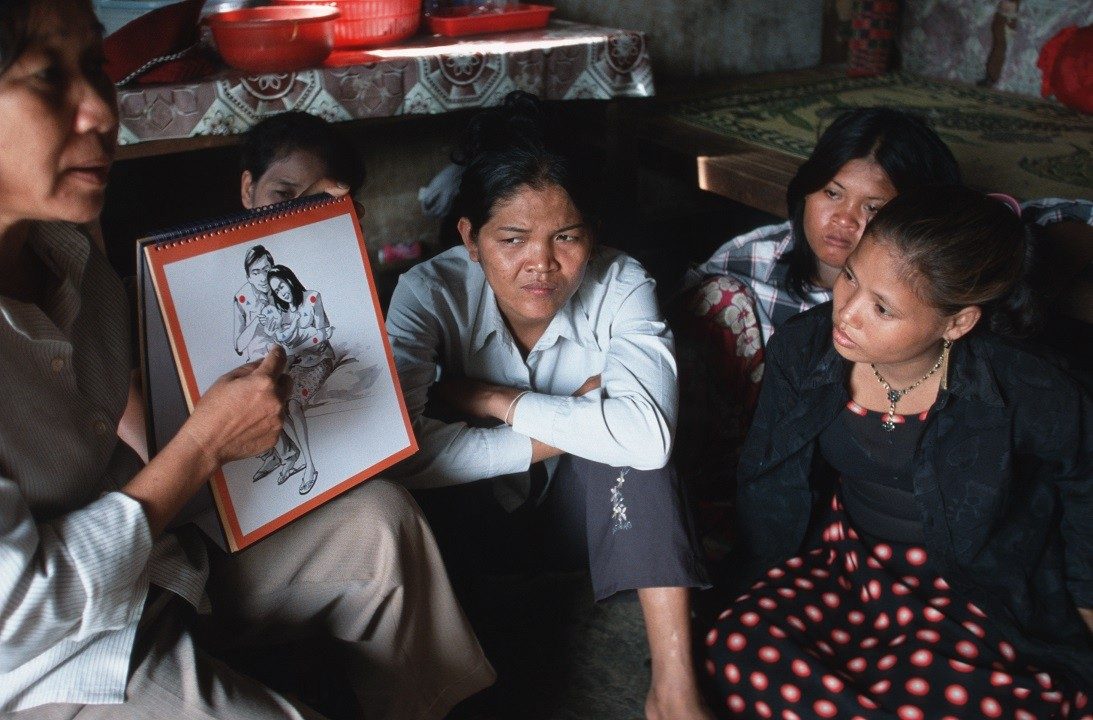 AMSTERDAM, July 22 – Discrimination against vulnerable and marginalized communities is seriously hampering the global effort to tackle the HIV epidemic according to a groundbreaking new report by the Global Commission on HIV and the Law. Despite more people than ever before having access to antiretroviral treatment, the new report emphasizes that governments must take urgent action to ensure rights-based responses to HIV and its co-infections (tuberculosis and viral hepatitis). The new report comes on the eve of the biannual global AIDS conference, which is taking place in Amsterdam.

The Global Commission on HIV and the Law – an independent commission convened by UNDP on behalf of UNAIDS – operates with the goal of catalyzing progress around laws and policies that impact people affected by HIV. In 2012, the Commission highlighted how laws stand in the way of progress on AIDS while citing how to institutionalize laws and policies that promote human rights and health. The 2018 supplement to the Commission’s original report assesses new challenges and opportunities for driving progress on HIV, tuberculosis and viral hepatitis through evidence and rights-based laws and policies.

“Progress on tackling the AIDS epidemic shows that when we work together we can save lives and empower those at risk,” said Mandeep Dhaliwal, the Director of Health and HIV at UNDP. “However, the new report is also a warning that unless governments get serious about tackling bad laws, the overall AIDS response will continue to be undermined and we will fail those who are left behind.”

For the past six years, the Global Commission has made clear how marginalized groups are continually left behind in the global HIV response. Men who have sex with men, people who use drugs, transgender people and sex workers face stigma, discrimination and violence that prevents their ability to receive care, and LGBT populations are still under attack in many countries around the world.

Young women and adolescent girls are also uniquely affected by HIV and are not receiving adequate care. In 2015, adolescent girls and young women comprised 60 percent of those aged 15 to 24 years living with HIV and almost the same percentage of new HIV infections were among this cohort. Sexual and reproductive health care, including HIV testing and treatment, have consistently been kept out of the hands of the women and girls who need them.

“Global politics are changing, and repressive laws and policies are on the rise,” said Michael Kirby, former Justice of the High Court of Australia. “In recent years, political trends have negatively impacted the global HIV response: civic space has shrunk, migrants don’t have access to health care, and funding has dropped.”

The report warns that shrinking civil society space due to government crackdowns is hampering the HIV response as marginalized groups are seeing key health services cut off. The fight against HIV, tuberculosis and viral hepatitis will only be won if civil society is empowered and able to provide services, mobilize for justice and hold governments accountable.

“In the wake of the ongoing global refugee crisis, borders have tightened and access to health services has been restricted for millions of migrants – exactly the opposite of what is needed,” said Dr. Shereen El Feki, Vice-Chair of the Commission. “Condemning people who have left their homes to seek safety strips them of their human rights and in the process increases their vulnerability to HIV and its co-infections.”

Refugees and asylum seekers are often at high risk of HIV and overlapping infections like tuberculosis, but harsh laws restrict health care access. Laws must change to ensure that everyone, no matter where they are from, can receive quality health services. The world is also still off track in funding responses to HIV, tuberculosis and viral hepatitis: in 2015 – the same year that countries adopted the 2030 Agenda for Sustainable Development and its pledge to leave no one behind – donor funding for AIDS fell by 13 percent. Sadly the small uptick in donor funding for HIV in 2017 is at best an anomaly.

Despite these challenges, UNDP together with its UN and civil society partners have helped 89 countries revise their laws to protect people’s health and rights since 2012. Successes include:

·         Leaders are taking steps to address gender inequities to bolster the rights of women and girls who are disproportionately affected by HIV: Tunisia recently passed a law to end violence against women in public and private life, and Jordan and Lebanon have strengthened legislation on marital rape.

·         Access to health care is being prioritized with emphasis on emerging illnesses that target people vulnerable to HIV, including Portugal instituting universal access to hepatitis C treatment in 2015, and France following suit in 2016. A court ruling in India led the Government of India to change its policy on who is eligible for tuberculosis treatment.

·         Governments are taking steps to protect the rights of vulnerable groups: Canada, Colombia, Jamaica, Norway and Uruguay have decriminalized possession of small amounts of cannabis and Jamaica erased the criminal records of low-level drug offenders.

The success and sustainability of the global HIV response will be determined in large part by urgent action on laws and policies. The Commission calls on governments and leaders around the world to institute effective laws and policies that protect and promote the rights of people affected by HIV and its co-infections. Since 2012, there have been positive changes in transforming laws and policies, and advancements in science that make it possible to further accelerate progress. The future will be determined by legal environments that drive universal health and human dignity.

The Global Commission on HIV and the Law is an independent body, convened by the United Nations Development Programme (UNDP) on behalf of the Programme Coordinating Board of the Joint United Nations Programme on HIV/AIDS (UNAIDS).

Additional information is available at www.hivlawcommission.org.